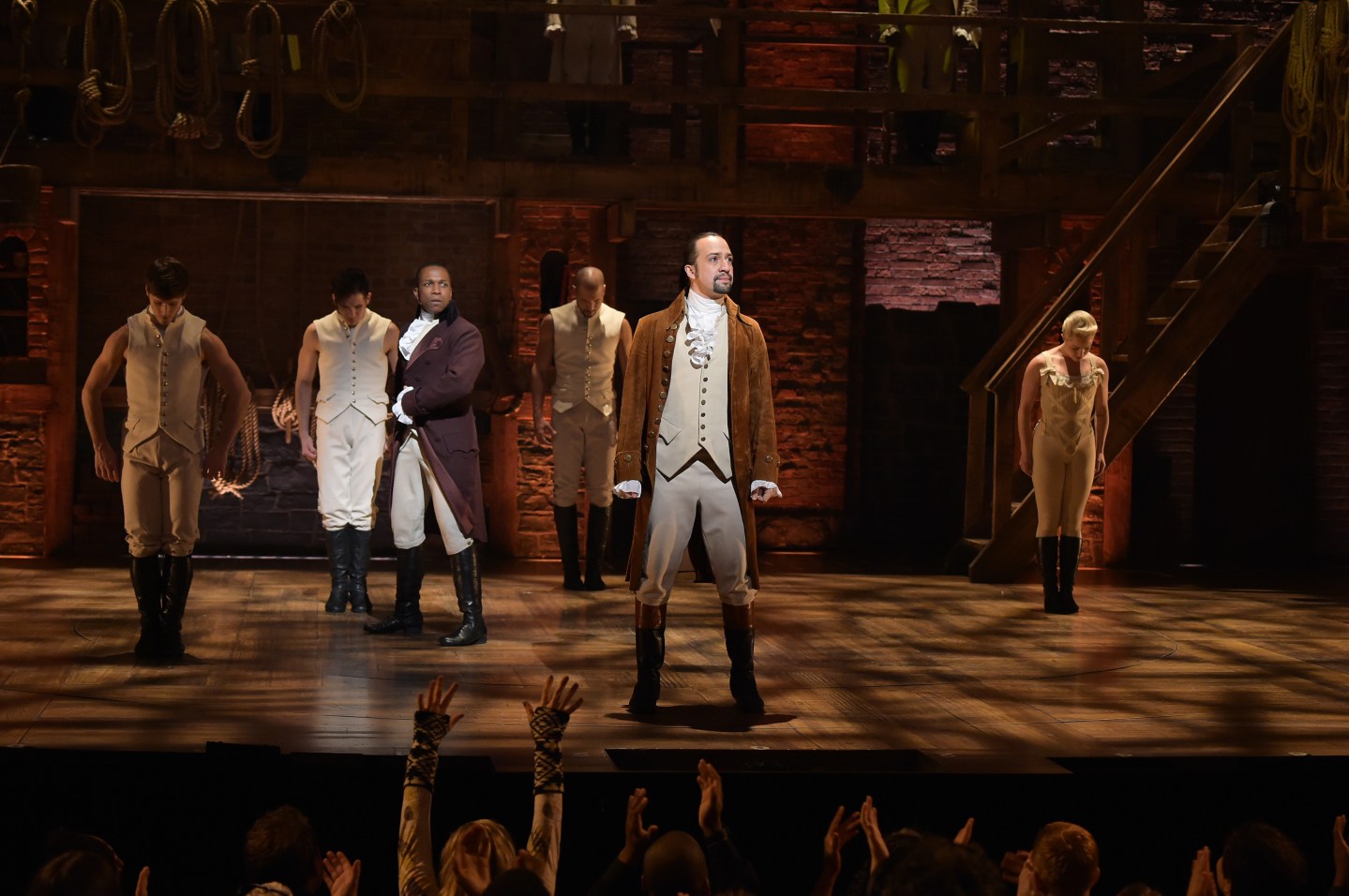 UPDATE: This article has been updated with a statement from a publicist for Hamilton.

The musical Hamilton has been a hit at the Broadway box office. The show has also generated heaps of praise for celebrating entrepreneurship and bringing diversity to a story about one of the country’s founding fathers.

Now, though, Hamilton is being criticized over a casting call posted online specifically requesting only “non-white men and women” at a time when the show is looking for actors to fill out the cast for productions in cities other than New York as well as a national tour. Posted on the show’s website, the casting call notes that the show is seeking actors for the Broadway production as well as “upcoming tours.”

CBS New York first reported on the language of the casting call in a televised report Tuesday night. Randolph McLaughlin, a local New York City lawyer, told CBS that he believes the Hamilton ad is discriminatory and could represent a violation of the New York City Human Rights Law.

A spokeswoman for Actors’ Equity Association, Maria Somma, also criticized the Hamilton casting call, telling Fortune that the ad does not comply with the labor union’s standards and noting that all official Actors’ Equity casting notices include language encouraging “performers of all ethnic and racial backgrounds” to audition.

In an e-mailed statement, Somma told Fortune: “Actors’ Equity Association reviews and handles every official casting notice that goes up on our website and that we issue to Playbill and to Backstage. The posting on the Hamilton website was done by the show and is not an official Equity casting notice nor is it in compliance with our Production Contract language.”

Fortune recently named Lin-Manuel Miranda, Hamilton‘s star and creator, as one of the World’s Greatest Leaders for being the driving force behind the show’s massive success, with prices for some individual tickets topping $1,000. The show has repeatedly topped the Broadway box office since debuting last summer, often grossing more than $1.5 million per week, according to Playbill.

A publicist for Hamilton replied to Fortune‘s request for comment with the following statement: “The producers of Hamilton regret the confusion that’s arisen from the recent posting of an open call casting notice for the show. It is essential to the storytelling of Hamilton that the principal roles—which were written for non-white characters (excepting King George)—be performed by non-white actors. This adheres to the accepted practice that certain characteristics in certain roles constitute a ‘bona fide occupational qualification’ that is legal. This also follows in the tradition of many shows that call for race, ethnicity or age specific casting, whether it’s The Color Purple or Porgy & Bess, or Matilda. The casting will be amended to also include language we neglected to add, that is, we welcome people of all ethnicities to audition for Hamilton.”

Producer Jeffrey Seller said in a statement that Hamilton‘s producers “will continue to cast the show with the same multicultural diversity that we have employed thus far.”