FCC’s TV-for-Mobile Auction Is Starting: What You Need to Know 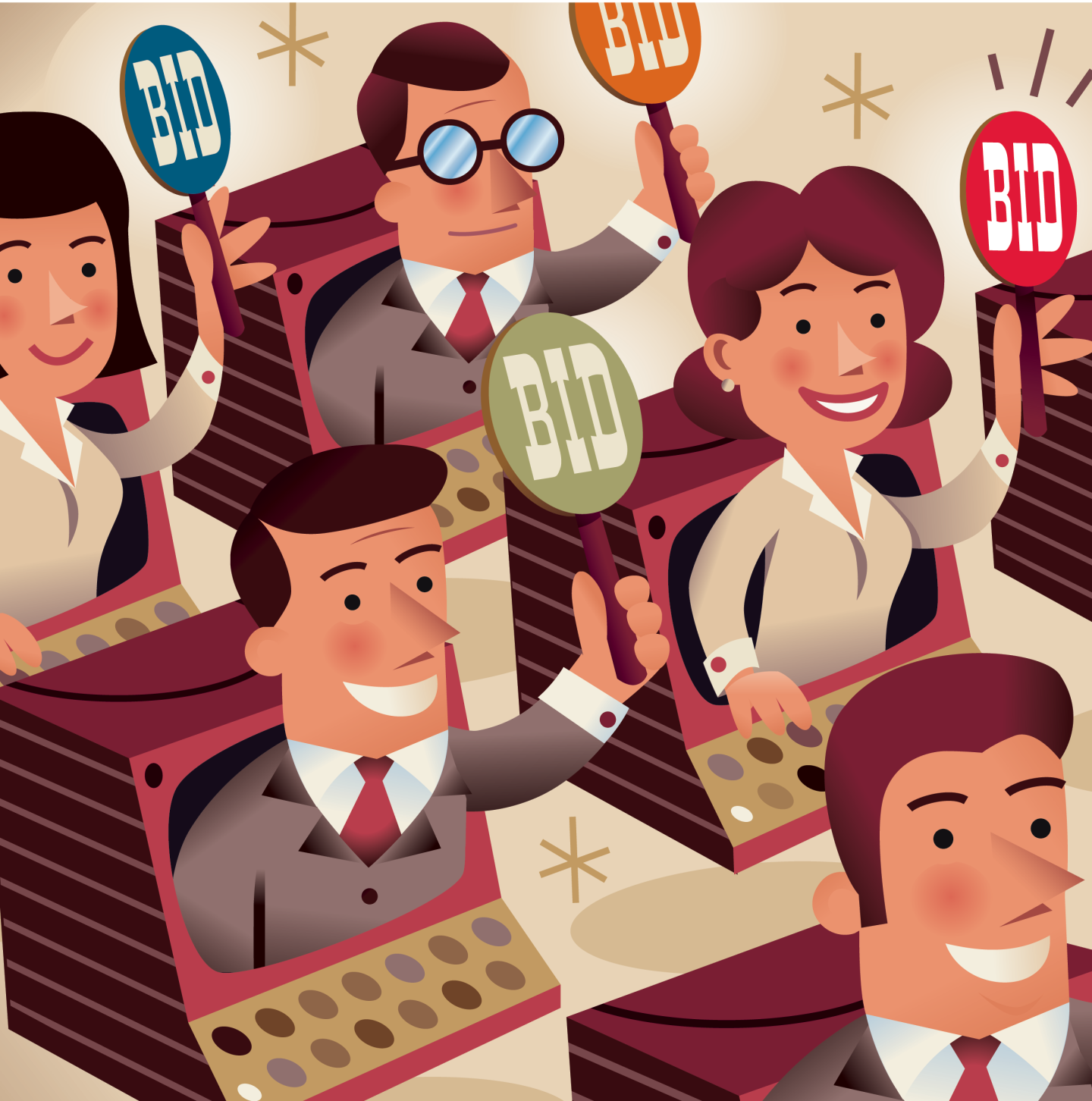 Say good-bye to some local TV channels, and hello to more space on clogged-up cell phone networks. This is what’s supposed to happen if an ambitious auction by the FCC goes according to plan.

The auction, which kicked off Tuesday, could yield tens of billions of dollars for TV broadcasters as companies like AT&T (T) and Comcast (CMCSA) bid to get their hands on the “beachfront realty” of airwaves. The outcome could shape the strategies of internet and telecom companies for years to come.

Here’s an overview of what’s happening, who’s involved, and how it could affect big companies—and you.

Why Are TV Stations Going Away?

In an age of cable and internet TV, many stations still send their signals the old-school way—broadcasting them across the airwaves to consumers with antennas. The trouble, today, is that few people watch TV this way, and so it makes sense to find a different use for those airwaves.

That’s why Congress and the FCC put together the “Incentive Auction.” The idea, which has been years in the making, is to persuade TV companies to free up those airwaves in return for cash. For the TV stations, it poses a big dilemma: Should they hold on to the spectrum that gives them an over-the-air identity? Or should they cash in and use the proceeds to invest in other parts of their business?

What Stations Will Disappear?

The auction doesn’t mean all over-the-air TV channels will vanish. Those CBS and Fox channels that show NFL football games will not be going away anytime soon. Instead, the shake-up will affect certain stations in certain markets.

In practice, this might involve a PBS station selling a redundant channel or a big network selling a non-HD channel that currently airs a shopping network show or old sitcom re-runs.

Also, some channels will move rather than disappear outright as a result of a process that see some stations share channels with another TV operator. (The sharing is possible because of the switch to digital TV a few years ago, which allows TV operators to broadcast more channels from the same amount of spectrum.)

So How Will This Improve Mobile Service?

If you live in an urban area, you’ve probably experienced lousy cell service. A big reason is the recent flood of smartphones, tablets, and other Internet-enabled devices that have come online, and are now crowding the airwaves.

While the the electro-magnetic spectrum still has lots of unused space, only certain blocks of it are useful for phone and internet communications. What the TV broadcasters are sitting on is the good stuff: They have blocks of spectrum in the 600 MHz band, which is ideal for transmitting signals in urban areas.

If the auction works, companies like Verizon (VZ) and Dish (DISH) will buy the spectrum and offer new or better service options. Also, note that the FCC will set aside a certain chunk of the airwaves at auction for smaller competitors like T-Mobile (TMUS), which are currently short on 700 MHz spectrum.

So Who’s Buying and Who’s Selling?

This is a guessing game, especially on the sellers side, since the auction process is fairly secretive. According to Dan Hays of PwC, an FCC-imposed quiet period restricts TV companies from saying they are participating—or even disclosing they are not participating (though they can say if they sought approval to be part of the process). Meanwhile, the would-be bidders have been fairly tight-lipped as well.

That said, the FCC this month released a list of 104 entities that plan to bid, including AT&T, Verizon, and T-Mobile. Other names include Dish, Comcast, and upstarts like the VC firm Social Capital. Also watch for billionaire Michael Dell, who spent last year quietly buying up sleepy local TV stations in hopes of cashing in on the auction. Meanwhile Google (GOOG), which many expected to join the fray, said last month it will sit this one out.

As for the TV side, the process has been described as a potential “bonanza” for small stations, while reports suggest the parent companies of NBC, Fox and CBS intend to put some airwaves on the block. The potential sellers also include entities like Howard University, which has said it may sell off the airwaves it now uses for a local TV channel.

How Does the Auction Work?

This is a first-of-its kind auction, that’s complicated even the esoteric world of the telecom industry. Under a two-step process designed by Congress, the TV companies will put their airwaves up for sale in an initial reverse auction where the government is the buyer—opening prices could start in the billions, and then the sellers will lower their price until a deal is a struck. The process will then repeat dozens of times until the FCC acquires the amount of spectrum it needs. The agency will then turn and sell the spectrum to the mobile industry.

The second part of the process will start this summer at which point the FCC will have repacked the spectrum into blocks suitable to sell to the mobile industry. (Broadcasters use 6MHz blocks, while the mobile companies need spectrum in 10 MHz blocks).

Tuesday is the official start of the auction, when the approved broadcasters must confirm they are in, and whether they want to share channels or sell their airwaves outright. The actual bidding is going to start several weeks from now.

But there’s no guarantee this thing will work. If the FCC doesn’t obtain enough airwaves, or if the mobile industry doesn’t bid high enough in the second phase of the auction, the FCC can still call off the whole thing.

How Much Money Will This Bring In?

The last big auction, in 2014, blew out all expectations as companies, led by Dish, spent an unexpected $45 billion for spectrum that is not as desirable as the 700 MHz up for grabs this time around.

But despite early projections that the Incentive Auction could raise as much as $80 billion, recent estimates have come down considerably. Analysts polled by Bloomberg in January suggested the total would be $33 billion, while Hays of PwC says $20-$30 billion is a good estimate. One reason the totals are expected to be lower is that the telecom industry blew out their budgets last time around, and even giants like AT&T have less money on hand for capital spending.

Why Is The Auction Important?

Spectrum for the Internet sector is a lot like oil for industrial companies. They need it to operate. Whichever company gets its hands on large swaths of 700 MHz spectrum will be in strong position to offer consumers what they want—which these days is lots and lots of sports, cat videos, and more on all sorts of connected devices.

Meanwhile, the auction will change the fortunes of TV companies, delivering a windfall, but also reducing their role as community broadcasters.

Correction: An earlier version of this post stated the auction is expected to raise millions of dollars. It has been corrected to state billions. In addition, mobile companies need spectrum in 10MHz blocks, not 10-12 MHz as previously stated.)