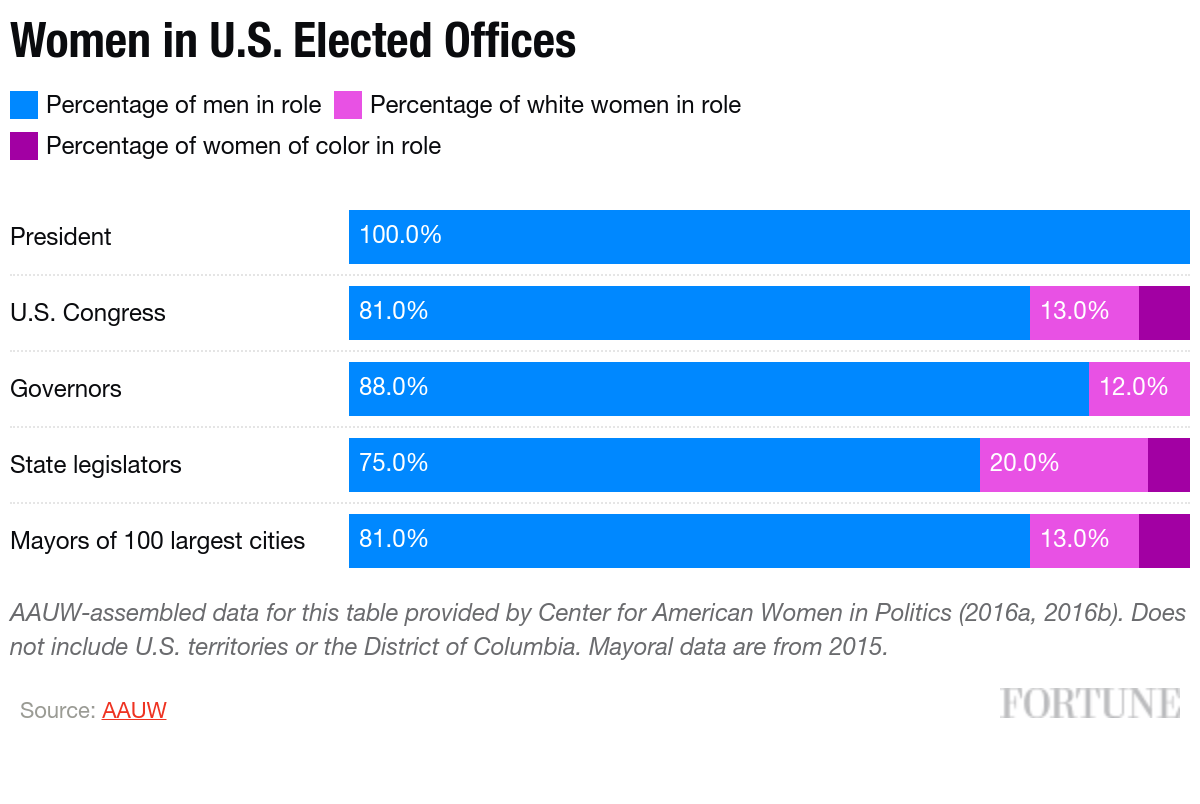 If you thought making it to the top ranks of leadership as white woman was hard, consider for a moment the plight of women of color.

That’s exactly what the American Association of University Women (AAUW) did in a new report released on Wednesday. And the results are not pretty.

“Most minority groups and especially minority women are very underrepresented” in both the public and private sectors, says AAUW senior researcher Kevin Miller, who worked on the study. And while women in the corporate and political spheres might operate differently, the representation—or lack thereof—of female leaders is actually strikingly similar: In both cases, women represent about a quarter of leadership.

Women in public service don’t fare much better. While 25% of state legislators are female, just 22% of those women are people of color —or about 5% of the total state legislature. The number in Congress are similar: Women make up 19% of the elected body, but women of color make up just 6%.

“We tend to think of women of color running for elected office and women seeking a promotion to a high-level executive position as facing different obstacles, but the similar levels of underrepresentation suggest that the barriers and bias they face may be similar,” Miller says.

Another interesting finding: While black men make up a smaller percentage of the workforce—both in the private and public sector—than black women, the men are proportionately better represented in leadership roles.