Watch This Drone Take On a Formula E Race Car 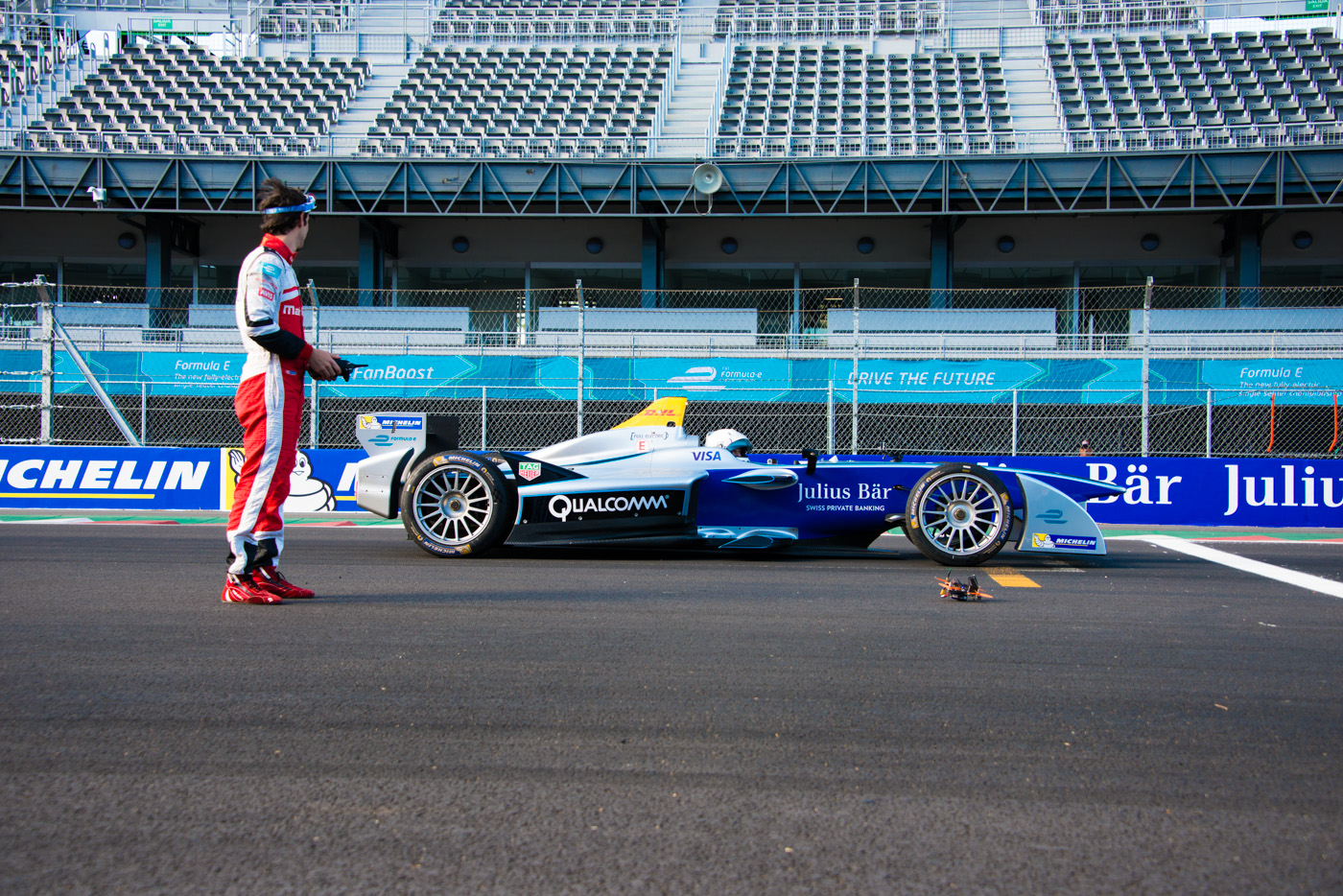 What’s faster: A Formula E race car that can wind its way through narrow streets up to 140 miles per hour, or a drone?

Mahindra Racing, one of the teams in the all-electric urban racing series, tried to answer the question by pitting a drone against one of its cars (and driver) at the Autódromo Hermanos Rodríguez circuit in Mexico City. Mahindra Racing and FIA Formula E released the video Saturday.

In the video, Mahindra racing driver Bruno Senna and his Lumenier QAV210 quadcopter races against American racer Scott Speed, who was piloting the Spark-Renault SRT_01E Formula E car. The race was filmed right before the Mexico ePrix, which was held March 12.

“It was a great challenge, which is what flying these high performance drones is all about,” Senna said in a release. “My friends who have watched my drone videos know I am a bit of a daredevil when I am flying, but all I was thinking during filming was “don’t break a propeller, don’t break a propeller.”

The drone versus Formula E car is a stunt—not so much a race—aimed at bringing attention to the series and boosting its appeal among younger and tech-centric fans. And it illustrates the racing series’ comfort with all things tech.

In addition to creating a successful business, Formula E aims to serve as a test bed for research and development around electric vehicles, generate interest in the cars, and promote clean energy and sustainability. The global racing series is overseen by the Fédération Internationale de l’Automobile, the same body that organizes Formula One. Formula E, which is in its second season, travels to 10 cities, including Buenos Aires, Paris, Long Beach, Calif., and London.

Of course, there’s plenty of tech on the race track as well. In the first season, all teams had to use the same single-seater cars designed and built by Spark Racing Technology along with partners McLaren, Williams Grand Prix Engineering Ltd., Dallara Automobili, Renault, and Michelin (ML). This race season, teams can work with manufacturers to develop their own cars, including new powertrains. All of the cars still use the same battery.