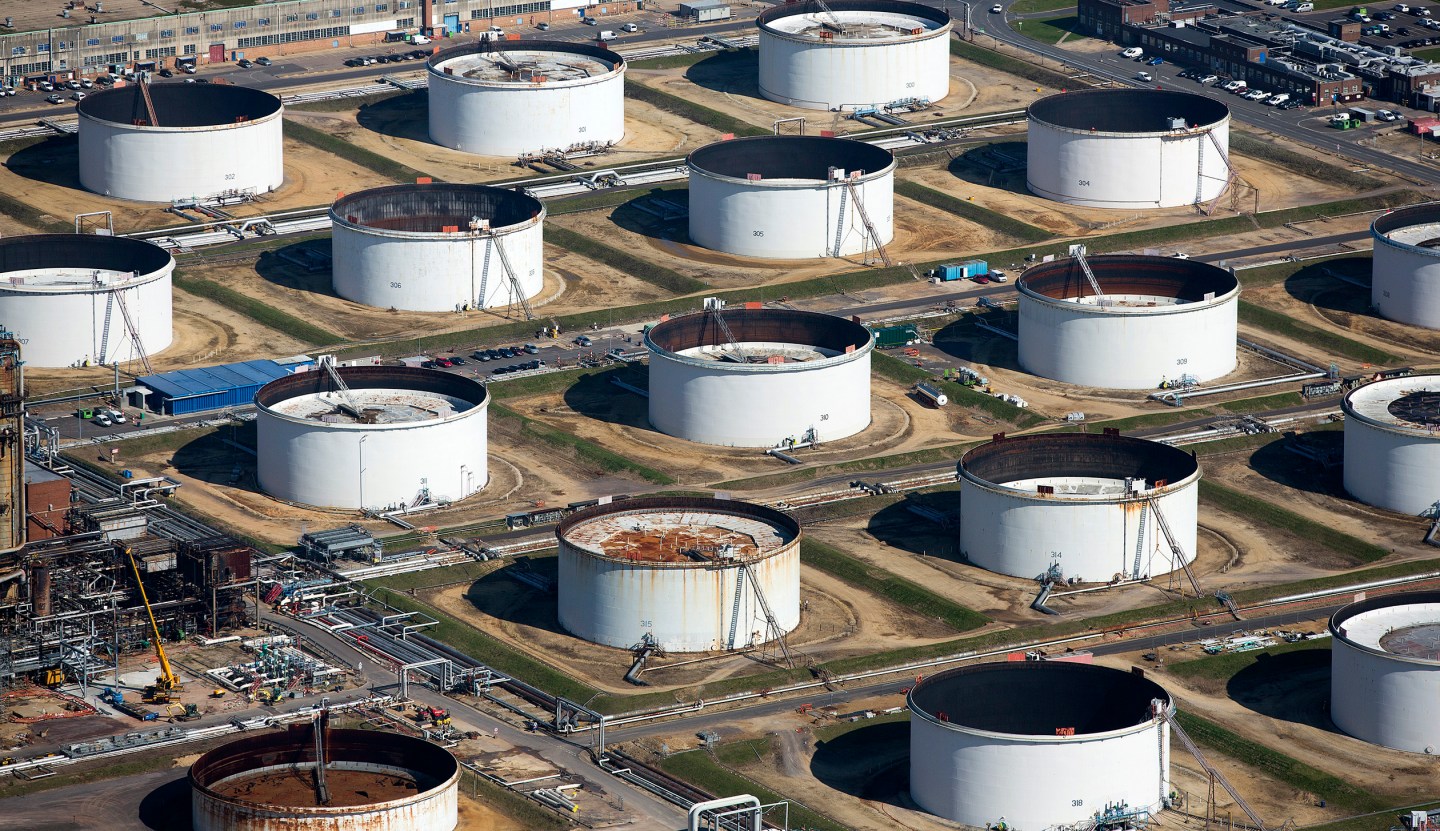 Oil storage tanks sit at the Esso oil refinery, operated by Exxon Mobil Corp. in Fawley, U.K., on Friday, Oct. 2, 2015. A 50 percent drop in crude prices in the past year has hit earnings for oil and gas producers, forcing them to slash capital spending and scale back unprofitable operations. Photographer: Simon Dawson/Bloomberg via Getty Images
Photograph by Getty Images

Exxon Mobil is in talks to buy a stake of around 15% in Italian oil major Eni’s giant Area 4 gas field in Mozambique, two sources familiar with the matter said.

Exxon is seen as a front-runner to buy into Eni’s gas development and this would be the U.S. firm’s first big acquisition since the oil price collapse.

Area 4, in which Eni holds a 50% operating stake, is located in Mozambique’s Rovuma Basin, where gas in place amounts to some 85 trillion cubic feet—one of the richest gas discoveries of recent times.

ENI said previously it aimed to sell around 15% of the field.

Two sources said Exxon (XOM) was in talks to buy a stake of that size, one of whom said Eni was also negotiating with other firms. “I am upbeat a deal will be reached fairly soon,” the second source said.

A banking source familiar with the matter said Exxon was interested in buying Eni’s whole 50% stake, while a fourth source said Exxon was looking at unspecified stakes in all Eni holdings up for sale, also including assets in Egypt and elsewhere in Africa.

Eni, a front-runner among the majors in finding reserves, said earlier this month it would sell 7 billion euros of assets to 2019, most from farming down prize acreage. But it aims to hang on to operatorship of the fields.

“The disposals will be mainly through the dilution of our stakes in recent and material discoveries,” CEO Claudio Descalzi said earlier this month, picking out Mozambique and Egypt as prime candidates.

Descalzi said the group was not far from disposal in Mozambique, where it was holding talks with “a lot of interested parties.”

Sales talks have got bogged down in recent years after crashing oil and gas prices drove a wedge between buyers’ and sellers’ price expectations, industry sources have said.

Eni has been in talks with several buyers including China’s Huadian Corp, sources have said.