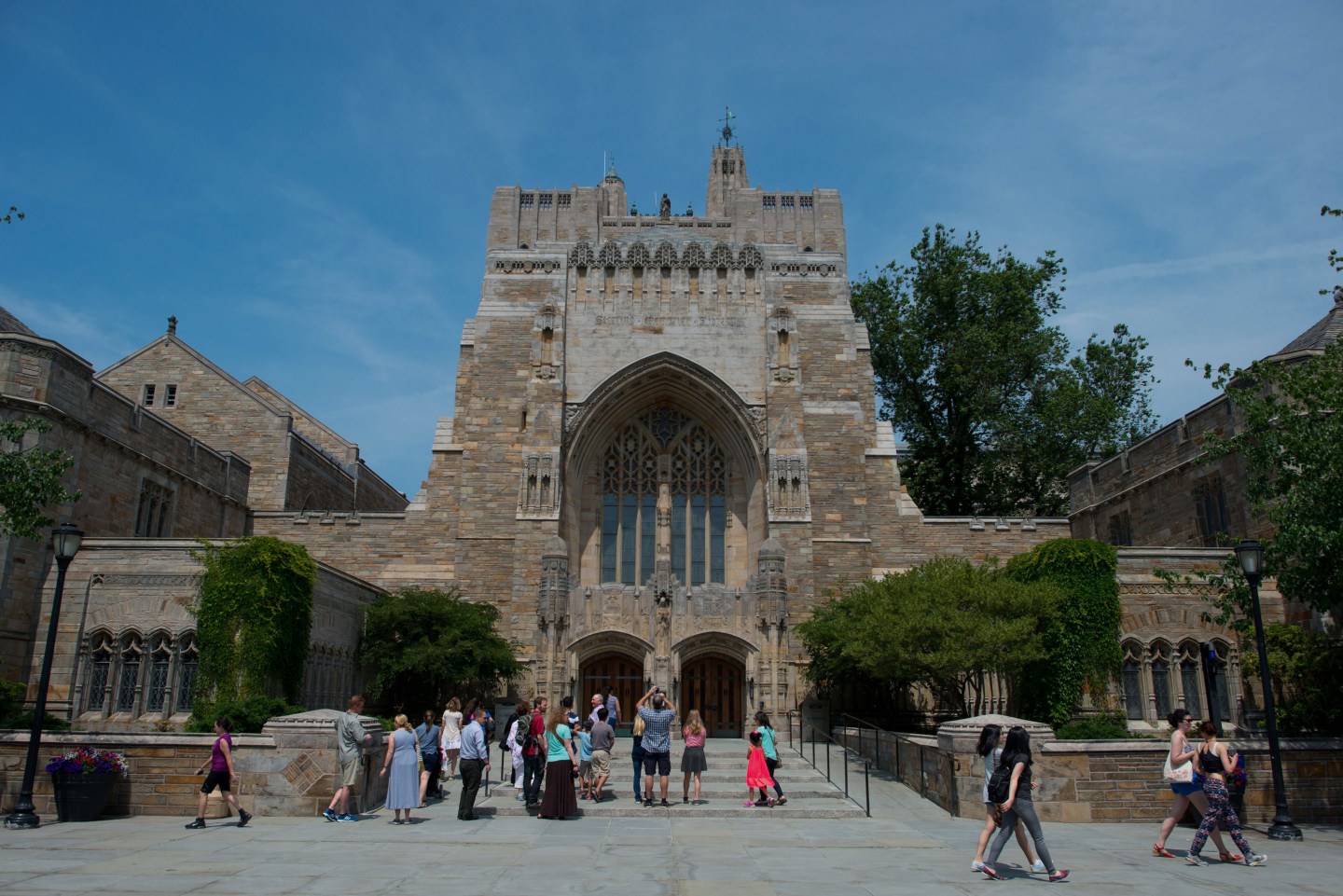 Connecticut is facing a $266 million shortfall, but legislators think they’ve found a golden goose that can solve the problem: Yale.

A bill introduced this month proposes that schools with funds over $10 billion—just Yale—pay tax on their endowment income, according to Bloomberg. Yale’s endowment earned $2.6 billion in the 2015 fiscal year, and the $25.6 billion endowment is the second largest in the country behind Harvard’s.

In written testimony submitted earlier this week, state senator Martin Looney wrote that the bill is less radical than what others propose, because it doesn’t eliminate endowments’ tax-free status; rather, it taxes “excess earnings” that universities don’t invest in higher education or the economy.

“It is our hope that these rich schools can use their wealth to create job opportunities, rather than simply to get richer,” Looney wrote. “Yale University through its superlative endowment provides more financial aid to low and moderate income students than do other less well-endowed private universities, however, it possesses the resources to have an even greater impact on our economy.”

Yale’s associate vice president for federal and state relations Richard Jacobs defended the tax-free endowment income in his own written testimony, arguing that the tax would “diminish the university’s ability to carry out its charitable mission and to enable and support growth in New Haven.”

The Connecticut bill comes at a time that university endowments are receiving increased scrutiny for their tax-free status as tuition continues to rise.