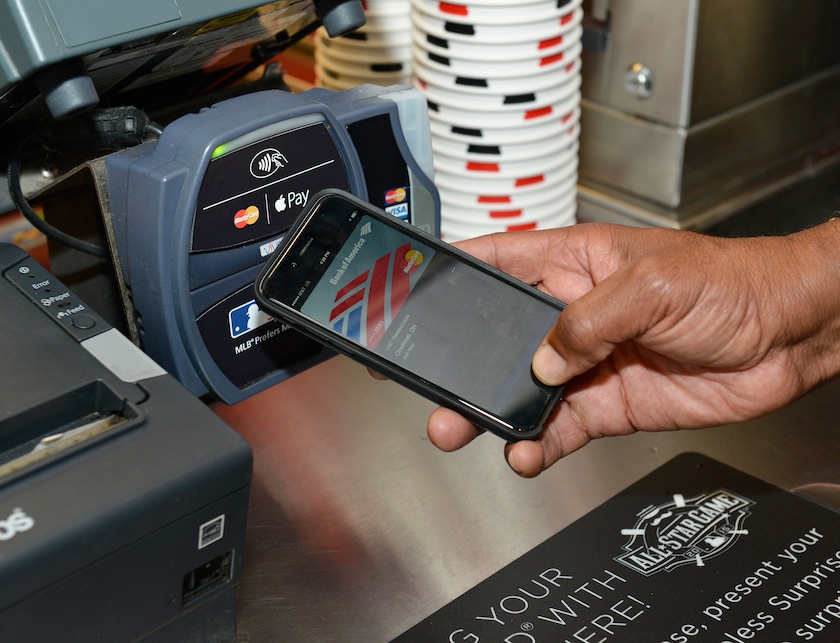 The mobile payment wallet that debuted as an alternative to cash and credit cards at the register will be available on websites later this year, Re/code first reported.

Unlike the current Apple Pay, the new Apple Pay for online shopping would launch right in a customer’s web browser, more like a regular online payment page than a trick to use at a physical cash register or in the app store online. The move could pit Apple Pay more directly against online payment systems like PayPal.

For more on Pay Pal vs. Apple Pay, watch:

Apple (AAPL) did not immediately respond to Fortune’s request for comment about the new service. But Re/code says the system will be out later this year, before the holiday shopping rush.

Apple Pay online would work for customers shopping in Apple’s native Safari browser on iPhones and iPads with TouchID, Re/code reports. Those customers could opt to use their fingerprints to complete online transactions instead of entering credit card information.

In stores, Apple Pay stations have already caught on faster than the company expected. The special registers are now at over 2 million stores, including places like Starbucks, Target, and McDonald’s. Apple Pay registers work with near-field communication technology (NFC) so instead of swiping a card or handing over cash, customers with the Apple Pay app installed can tap their phones next to a machine and then use their fingerprint to pay.

Competitors Google and Samsung are also getting into the mobile wallet business. They both recently launched their own payment services, Android Pay and Samsung Pay.