Americans Are Falling in Love With Barack Obama, Again 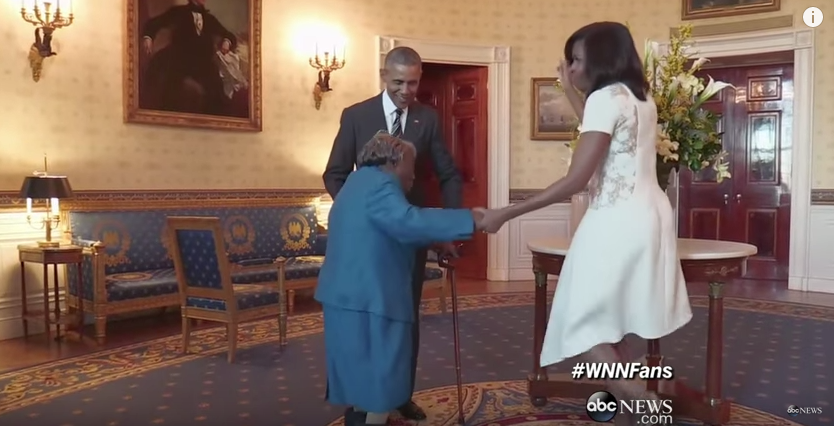 How history will look upon the Obama presidency is far from clear.

But the American public seems to be getting awfully fond of him.

Look at this Gallup chart.

Having been mired in the mid-40s for virtually his entire tenure, with more Americans typically disapproving of his performance than approving, Obama’s stock has finally broken out of its range. The move may seem small, but it now stands at 50 percent (for the first time in three years), and recently touched a high of 52 percent.

At a time when politics are highly polarized and increasingly tribal, that’s actually quite good, on both a relative and absolute basis. Assuming it lasts, it is good news for Obama, good news for the Democratic nominee for President (most likely Hillary Clinton) and good news for the publisher of his memoirs.

Why is this happening now? Obama has been a known quantity with the American public a very long time—the soaring rhetoric, the methodical approach to policy, the oddly polarizing effect. He announced his candidacy for president more than 11 years ago. And so it is surprising that opinions seem to be shifting decisively.

There are a few good reasons.

Not to be too crudely Marxist, but there is a very strong correlation between Presidents’ popularity and the underlying economic performance. Especially when things are going wrong. With the U.S. economy in a shallow recession, George H.W. Bush had Gallup approval ratings in the mid-30s for much of 1992. In 1980, the malaise-ridden economy produced malaise-ridden approval ratings for Jimmy Carter (also in the 30s, according to Gallup). During the week of the 2008 election, seven weeks after the Lehman Brothers failure, George W. Bush’s approval rating was an abysmal 25 percent.

The American people may not be particularly psyched about the direction of the country, or their economic future. Still, the economy, by many objective measures, is doing quite well. The unemployment rate is 4.9 percent. There are 143.56 million payroll jobs in the U.S., a record, and some 5.5 million job openings. The collective net worth of Americans has hit a record, at $86.8 trillion.The number of people without health insurance has plummeted to a historic low, below ten percent. While wobbly of late, the stock markets remain buoyant. Inflation is essentially non-existent. Even with wages essentially stagnant, the lay of the economic land provides a very solid floor of support for the president’s approval rating.

2. There is a certain fondness for lame-duck presidents.

As Bob Dylan put it, “You’re going to make me lonesome when you go.” Part of it is simple nostalgia, and the growing appreciation incumbent presidents get for finishing out their term with the country essentially intact. If the economy is growing, presidents often see their approval rating ramp up—even if their second terms have been plagued by scandal.

Bill Clinton was impeached by the House of Representatives in 1998 over the Monica Lewinsky Affair. But throughout 1999 and 2000, his approval rating, as measured by Gallup, stood in the 60s (it averaged 61 percent over his second term). Ronald Reagan’s second term was punctuated by the Iran-Contra Scandals and a stock market crash, but his approval rating escalated gently through 1987 and 1988—it spiked to 63 percent in December, his final month in office. Poke around Twitter, and you’ll see even constant critics, like Ron Fournier of National Journal, tweeting “I’m going to miss this guy.”

If you look at this past year, President Obama has largely avoided conflict. There has been no budget brinksmanship, no failed efforts at a grand bargain, no debt ceiling showdowns. He hasn’t tried to push aggressive legislation (like the stimulus or Affordable Care Act) through Congress. Obama’s late-term foreign policy has been restrained, focused on keeping out of Middle East hotspots rather than rushing into them. (This week’s Supreme Court nomination is one notable exception to the no-conflict vibe.)

Instead, he has focused a lot on the fun, warm, aspects of the presidency: hosting an evening of pop stars for a Ray Charles tribute, welcoming Steph Curry and the Golden State Warriors to the White House, free-styling with Hamilton creator Lin-Manuel Miranda, and greeting adorable elderly visitors. The level of warmth and cuddliness emanating from the White House rivals that of a Hallmark store.

4. Look who is running for president.

In our system, it is inevitable that the sitting President will come off as more dignified, likable and plausible than the contenders. And that is especially true in this crazy campaign year. Rather than compare Obama to an idealized president, voters are increasingly evaluating his performance while contemplating the prospect of a President Donald Trump or President Hillary Clinton.

One of the many strange aspects of this year’s campaign is that the two front-runners of both parties have remarkably high negative ratings. According to Gallup, Hillary Clinton’s approval rating is underwater at 42-52; Trump’s ratings are even lower, at 30-65.

In 2008 and 2012, President Obama was fortunate in his timing and his adversaries. It looks like that good luck is carrying over into the 2016 campaign cycle.