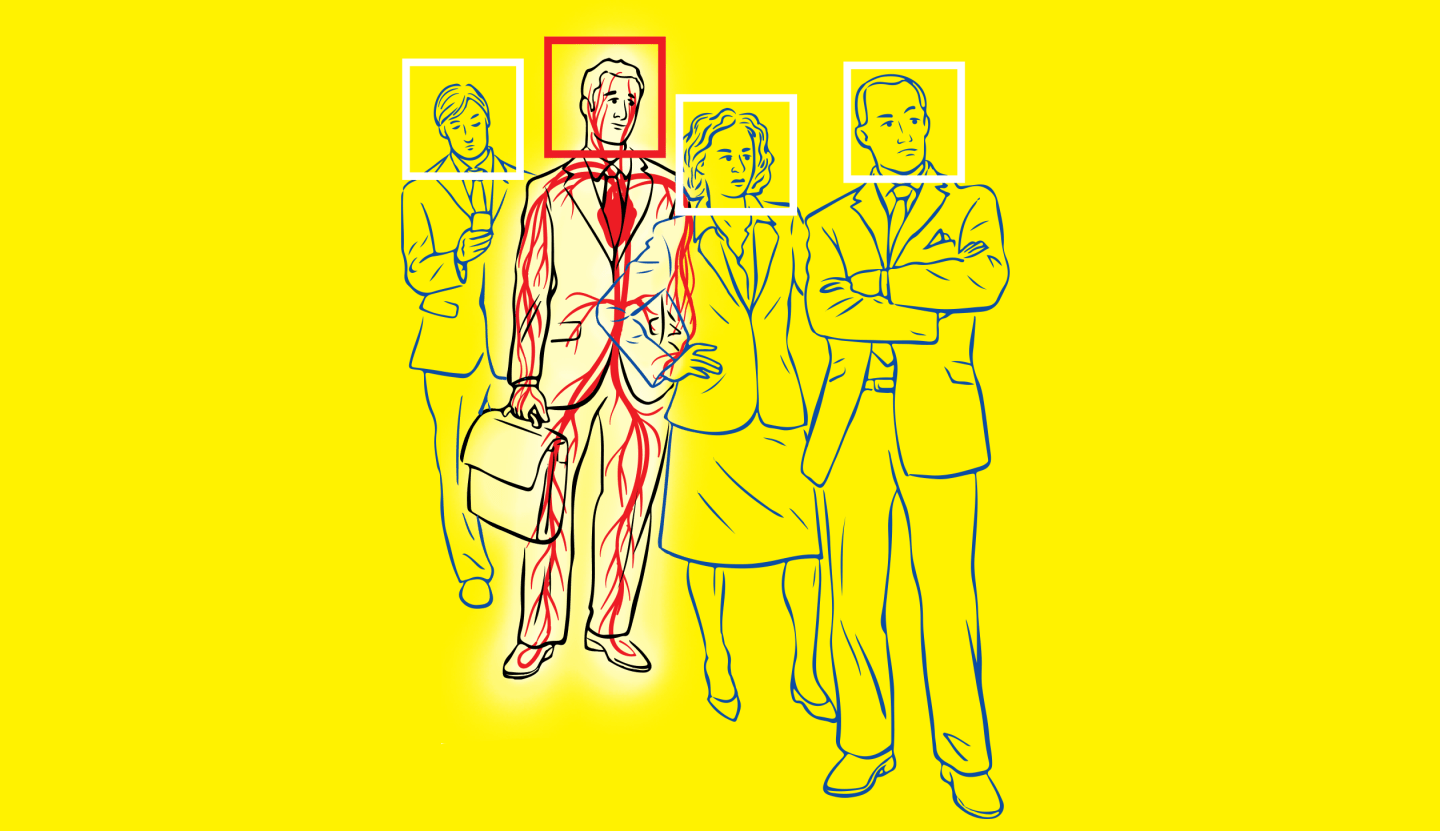 Illustration by McKibillo for Fortune

Something wasn’t right. An uneasy feeling swept over the security specialists watching activity at the bank. A sensor in the branch, located in a port city on the East Coast, had detected unusual heartbeats and body heat patterns from new customers who had come to open an account.

Something was wrong. These “customers” had entered the country days before as human cargo on a ship from Europe. Now a criminal gang was using them to orchestrate financial fraud. But the biometric sensors installed at the bank branch detected patterns that pointed to telltale signs of stress, tipping off the bank to the ruse.

This episode, which took place last year, is one of the more dramatic examples of how the financial services industry is deploying various types of biometric technology to rebuff sophisticated criminals. A new generation of tools beyond fingerprints and iris scans can measure qualities like body temperature and blood circulation at a short distance and without alerting the subject.

“Each heart rate is unique,” says Barnabas Szilagyi, a principal at Capco, a company that helps large banks identify security threats and comply with “know your customer” laws. “The new tech can sense what’s in your veins, your blood pressure and body heat, and identify with great accuracy who you are.”

Much of this technology is still in a pilot phase, but Capco says applications could easily extend beyond retail banking. Trading-desk managers could use sensors to track heart rates and body heat among traders so that they are alerted when unusual patterns reveal, for example, that a deal is about to be made.

Sensors are critical to these biometric tools, but it’s the analytics software that makes them shine. In the East Coast fraud case, Capco’s tech first determined that a spike in suspicious bank account applications occurred around the same time every month. It then cross-matched those dates with local shipping records to conclude that the “customers” were linked to the monthly arrival of a ship from a small European country. Such records are just one of hundreds of external data sets that banks can use to spot patterns. Others include illegal ATM transactions and credit card payments to massage parlors—both of which soared when the phony bank customers came to town.

Improvements to existing technologies like speech recognition are also helping the fight against fraud. A person’s voice can act as a unique identity marker to help banks recognize repeat calls from known fraudsters. The industry has placed 60,000 voices on a blacklist to date—a clear example that biometrics are money in the bank for financial firms.

A version of this article appears in the March 15, 2016 issue of Fortune with the headline “To Catch a Thief.”