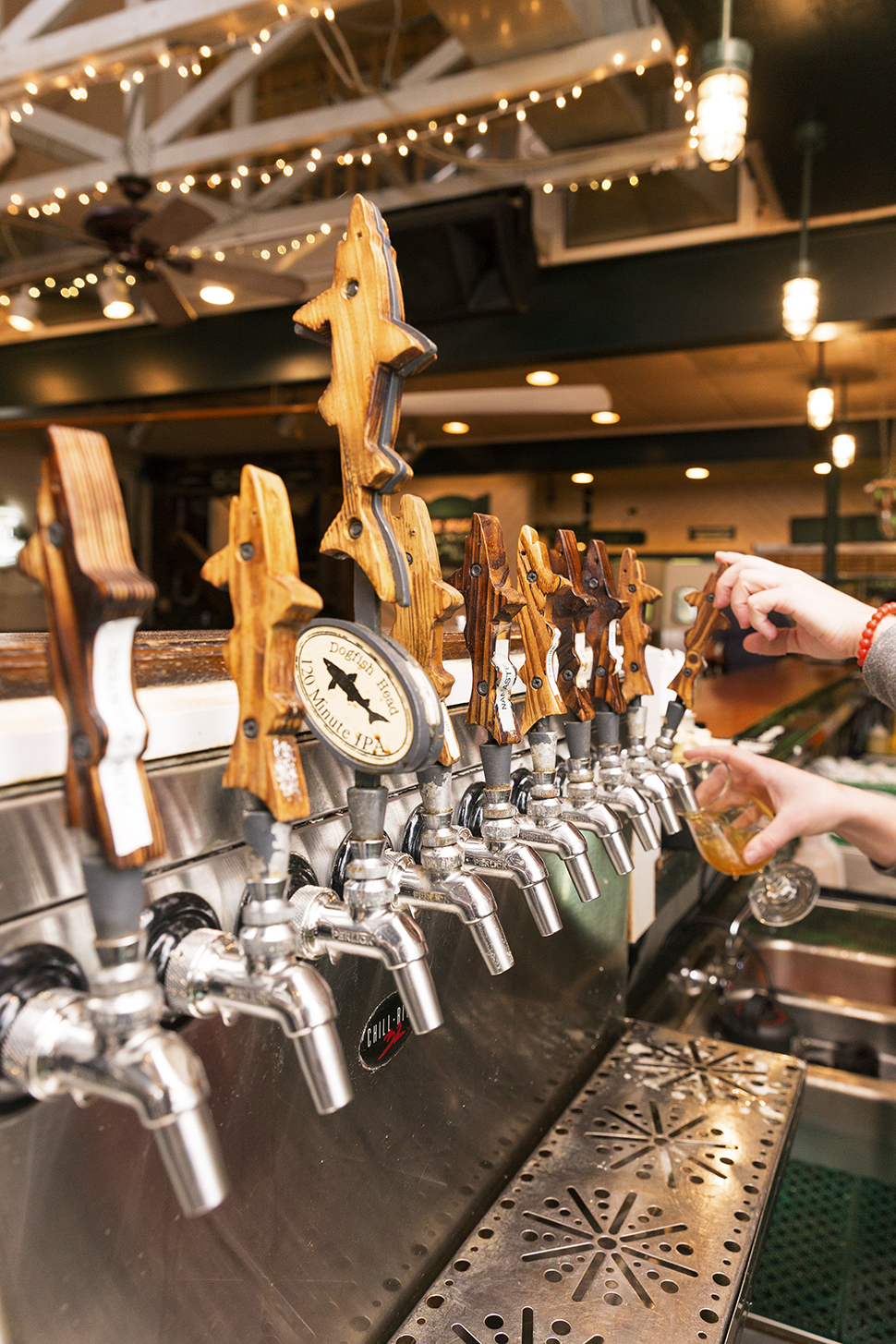 Over the course of the two decades that I have led Dogfish Head Craft Brewery, we have always believed in the exploration of goodness, driven by our off-centered version of the golden rule: always aspire to do for others as you would want others to do for you. With the help of hundreds of passionate, talented coworkers past and present, we have succeeded in building a company focused on producing the types of beers, spirits, food, events, and spaces that we envisioned other creative, adventurous, rebellious people would want to experience, engage with, and rally around.

As the needs and dynamics of the business have evolved and the company has grown in size, I have gone through my own transformation, evolving in my role as the leader and de facto strategist of Dogfish’s present and future to a member of a team of leaders who tackle these high level issues collectively. My early years as an entrepreneur had me relying on my “gut” and thinking about my own personal gratification in unilaterally deciding creative and strategic direction. However, today as a leader, my primary goal is to focus on the organization’s long-term success.

Join your fans. Like the famous line spoken by Blanche DuBois in the play A Streetcar Named Desire, I have always depended on the kindness of strangers. Your fans are your biggest strength. Dogfish started out as the smallest brewing operation in America and is now the 13th largest craft brewery out of over 4,000. Through the years I have met, personally thanked, and high-fived tens of thousands of hardcore Dogfish fans who have acted as our evangelists, introducing their friends to our beers, have shown fierce loyalty to the brand with their Dogfish tattoos and have helped us grow. Sometimes the biggest gift you can offer your supporters is the gift of gratitude. The inspiration for my own tattoo comes from the need to join our fans in solidarity and to thank them for their love and devotion.

Embrace creative freedom. Rather than worry about consequences of abrupt midcourse corrections, I prided myself on taking risks, learning quickly from our missteps, and changing course. Were Dogfish Head a conventional company, the seemingly erratic course on which I sometimes steered the organization would not have been tolerated. But it was precisely this opportunity to boldly guide us into unexplored waters that I found so satisfying. The thrill I personally got from not knowing what would happen next was a powerful psychic reward. To me, this feeling was the essence of being an entrepreneur. That said, I am learning that being hooked on the adrenalin of uncertainty and directing a company unilaterally by improvisation are not the hallmarks of a great leader for a company of our scale. However I still rely on this creative urge to push beyond limits when it comes to designing a new beer. As a result, we have not spent much time looking at consumer data or conventional tastes when we decide what beer to make next.

Proceed slowly, go thoughtfully. Today this company, which began pretty much as a company out of my imagination, has grown into our company; 230 of us and counting. And our company needs to run a lot more like a very powerful, very intricate muscle car than a frisky little dirt bike. Going slowly still means going forward. Going forward means growing. And growing thoughtfully means a shift in thinking and execution that needs to begin with the leader. To think before I act, to recognize, embrace, and encourage the creative input and thoughtfulness of all of my coworkers and fellow leaders at Dogfish Head.

Your coworkers are your first responsibility. A central component of my evolving role at Dogfish is to allow great ideas and great people to bubble up and contribute exponentially and collectively to the company we are growing together I have to make sure the vast majority of product launches and innovation are no longer driven solely by my inspirations but, rather, by the team’s collective judgment of what’s best for Dogfish Head. The best ideas and recommendations of my coworkers should be as important as mine in charting new directions. The first big step forward in my evolution came with experiencing satisfaction in external collaborations we undertook with bands and other breweries. I had to share creative authority in navigating these projects and I found that not only did the projects succeed but I also had lots of fun learning from working in tandem with the related external parties.

Context is everything. My management style has always been one of “ready, fire, aim.” Although I still believe in the improvisational philosophy of Black Mountain College and its mantra of “we shall see what we shall see,” I understood that most of my coworkers and fellow leaders were looking for more focused direction.. I don’t have a problem with plans per se, but I believe they need to be agile and flexible. A company’s longish-term strategy (three to five years tops) should be based on a foundation of the competitive landscape of its industry and where/how the company stands distinctly within it. Context is everything! The plan has to be grounded in the culture of the company itself, its collective soul, before grounding it in the reflection of the industry and the competitive set.

Sam Calagione is the author of Off-Centered Leadership: The Dogfish Head Guide to Motivation, Collaboration, and Smart Growth (February 2016, Wiley) and the founder and president of Dogfish Head Craft Brewery, Dogfish Head Brewings and Eats, and the Dogfish Inn.