Voters, Get Ready for a Brokered Convention 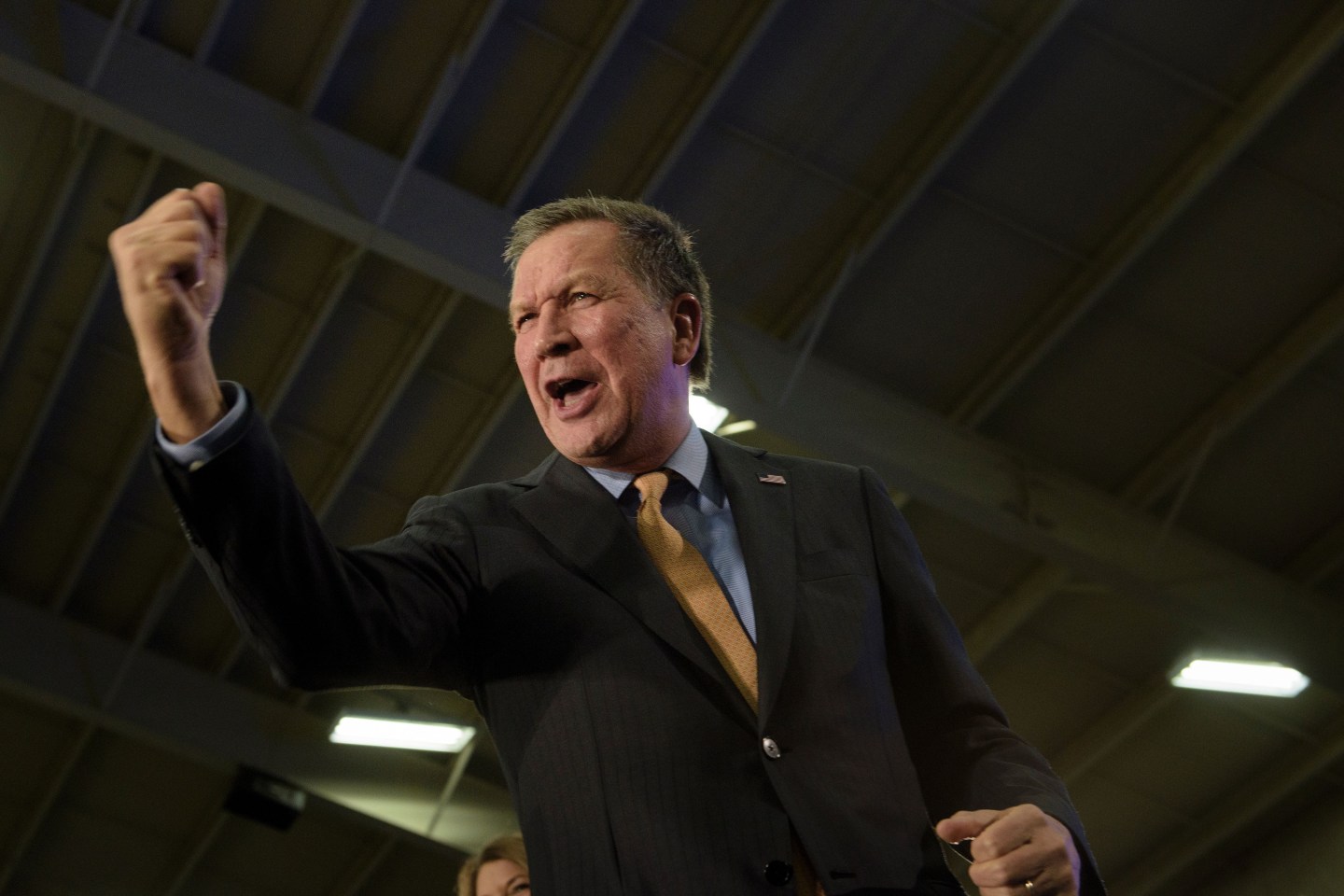 While John Kasich’s Ohio win on Tuesday won’t propel him to the Republican nomination, it does position him to become a spoiler in the race.

The 66 delegates Kasich picked up in Ohio give him 143 delegates out of the 1,237 needed for the nomination. But with only 1,061 delegates left to be chosen in the coming weeks (including the yet-to-be-allocated Missouri delegates), Kasich wouldn’t have enough delegates to secure a majority on the first ballot—even if he won 100% of the remaining delegates.

On the other hand, a Trump win in winner-take-all Ohio after his win in Florida would have given him 739 delegates, rather than the 673 currently in his tally. The former outcome would have left Trump only 489 delegates away from a first-ballot victory, requiring him to average only 45% of the delegates in the coming contests. Given the likelihood of strong performances by Trump in the northeastern state primaries like New Jersey (which is winner-take-all) and New York, Trump would have been all but assured the nomination. But the Kasich win in Ohio leaves Trump 564 delegates shy of a majority, requiring him to win, on average, 53% of the delegates going forward. So if Kasich and Cruz remain competitive in the coming contests, many of which allocate delegates proportionately, then Trump’s winning an outright majority is unlikely.

Indeed, if the goal is to stop Trump, his opponents should prefer a three-person race going forward, notwithstanding Cruz’s claim that Kasich should drop out and let the contest become a simple choice between Trump and Cruz. As the nomination process moves into the Northeast and the West, Cruz will be competing in terrain less hospitable to his very conservative, evangelically oriented candidacy. Kasich will have greater appeal to moderate Republicans, especially in states like Pennsylvania and Connecticut, while Cruz is more likely to take votes away from potential Trump supporters than from potential Kasich supporters. A three-person race may produce a contested convention, where Kasich has considerable leverage in determining the nominee.

If Trump comes close to the required number of delegates, but still falls a bit short, the convention will have no choice but to give Trump the nomination. To do otherwise would threaten a walkout by Trump supporters and a potential third-party run by Trump. However, if Trump falls significantly short of 1,237—and significance will be determined politically rather than mathematically—then the convention will have to explore alternative paths.

Assuming Rubio endorses Cruz and directs his delegates to vote for him, it will further accentuate the Cruz-Trump stalemate and enhance the role of Kasich in the convention. Of course, if Cruz and Trump strike a bargain, they can determine the outcome, but given their bitter rivalry, this may not be possible. Kasich could demand the vice presidency as the price for support, but the vice presidency is an inconsequential office unless the president chooses to make it more. More likely, Kasich would throw his support to a dark horse candidate like Paul Ryan, who could be nominated if the Rules Committee at the convention suspends Rule 40B, which requires any nominee to have won a majority of eight delegations to be nominated (a rule enacted in 2012 to prevent the nomination of Ron Paul). Kasich would probably play a more consequential role in a Ryan presidency than in a Trump or Cruz presidency. It might well be easier for Trump and Cruz supporters to swing their support to a dark horse candidate than to their primary rival.

Historically, only about 5% of the delegates are unpledged on the first ballot, but that percentage rises to 57% on the second ballot and 81% on the third ballot. The delegates, quite a few of whom are party regulars rather than Trump or Cruz true-believers, could step in to save the party. The U.S. hasn’t had a brokered Republican Convention since 1948, and hasn’t a dark horse emerge from a party convention since the Republican convention of 1920 and the Democratic Convention of 1924. But the times seem ripe for a dramatic departure from recent practice.

All in all, the country should expect a protracted convention. It took the Democrats 103 ballots to decide on John W. Davis in 1924.

Donald Brand is a political science professor at the College of the Holy Cross.