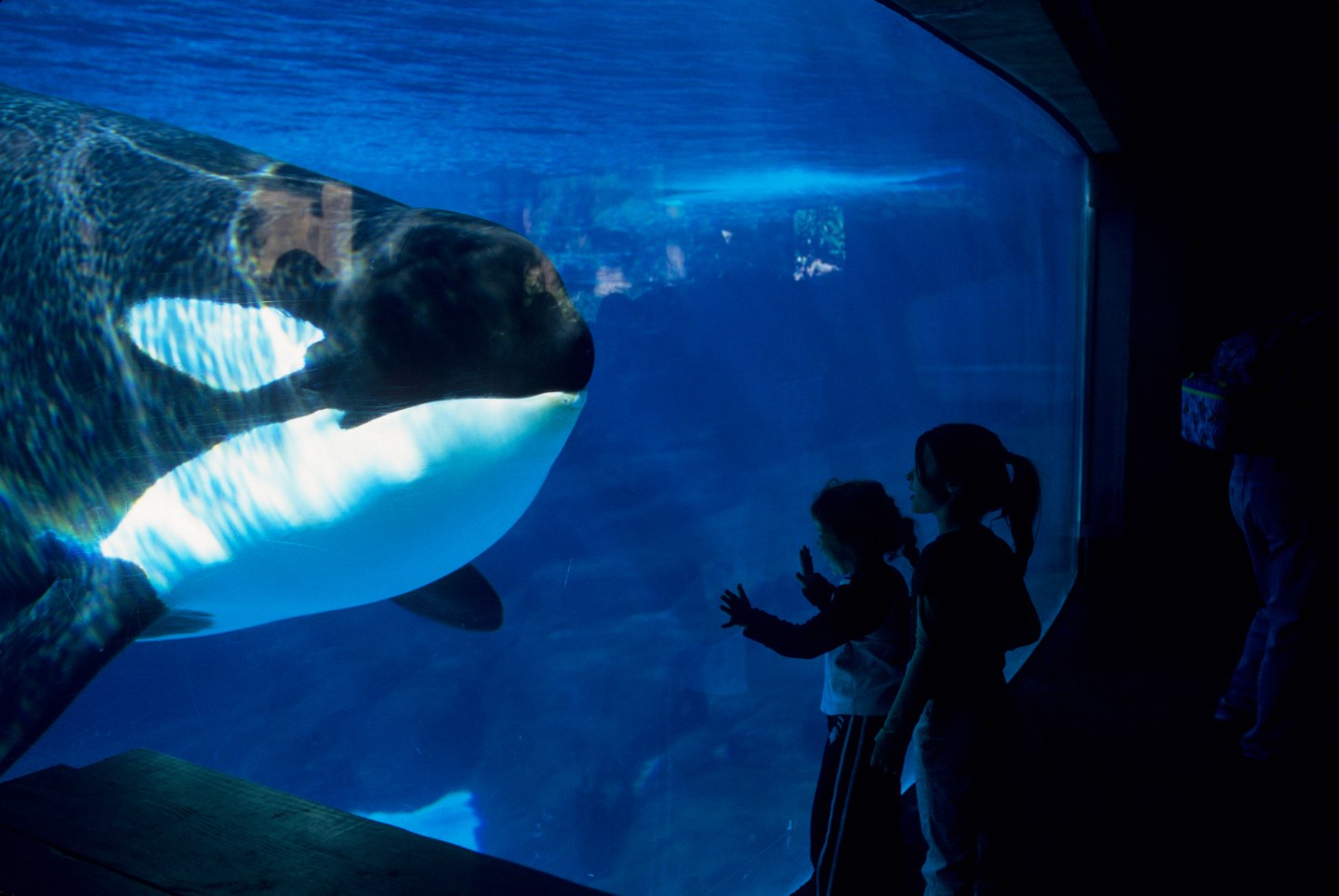 In a concession to its critics and animal activists, SeaWorld Entertainment on Thursday announced that its current generation of orcas, also known as killer whales, will be its last.

“The company will end all orca breeding as of today,” the company said in a statement.

SeaWorld (SEAS) also said it will launch a new partnership with the Humane Society of the United States to protect the oceans and marine life.

“SeaWorld’s commitment to end breeding of orcas is a long-held goal of many animal advocacy organizations, and we commend the company for making this game-changing commitment,” said Wayne Pacelle, president and CEO of the Humane Society.

SeaWorld has been trying to stage a comeback ever since the release of the documentary Blackfish three years ago that chronicled the devastating effects of keeping orcas in captivity. Critics staged boycotts, and ticket sales plummeted in the film’s aftermath. Last year, revenue declined 0.5%. Overall attendance grew 0.3% compared to 2014, when it dropped 4%.

Incremental changes to SeaWorld’s orca exhibit preceded Thursday’s announcement. In November, the company announced that it was ending its live killer whale show in favor of an “orca experience” set to debut next year that the company said will have a message of conservation. Earlier this month, SeaWorld said that Tilikum, the ocra responsible for killing two SeaWorld trainers, is dying. And in February, the company announced an overhaul of its management team.

Thursday’s announcement means that SeaWorld will no longer feature killer whales once its current population dies out. That could be decades from now since one orca, Takara, became pregnant last year, and orcas can live for 30 to 100 years, according to the National Oceanic and Atmospheric Administration. SeaWorld said it’s still committed to not collecting marine mammals from the wild.

In an op-ed in the Los Angeles Times on Thursday, SeaWorld CEO Joel Manby credited his company’s theme parks for educating the American public about killer whales.

When the first SeaWorld Park opened in 1964, orcas, or killer whales, were not universally loved, to put it mildly. Instead, they were feared, hated and even hunted. Half a century later, orcas are among the most popular marine mammals on the planet. One reason: People came to SeaWorld and learned about orcas up close.

SeaWorld must now respond to the “attitudinal change” that it helped to create, Manby said—hence the historic decision to end its breeding programs. “Because SeaWorld hasn’t collected an orca from the wild in almost four decades, this will be the last generation of orcas in SeaWorld’s care.”

Manby also issued a wider call to action to protect the world’s wildlife. He said that “poaching, pollution, unsustainable human development and man-made disasters such as oil spills” are the real enemies of wildlife, not zoos and aquariums. “Governments cannot address this crisis alone. We need concerned individuals to take action, as well as nongovernmental organizations. And, yes, the private sector also has to join in addressing this problem.”