This Is One of the World’s Most Valuable Coins 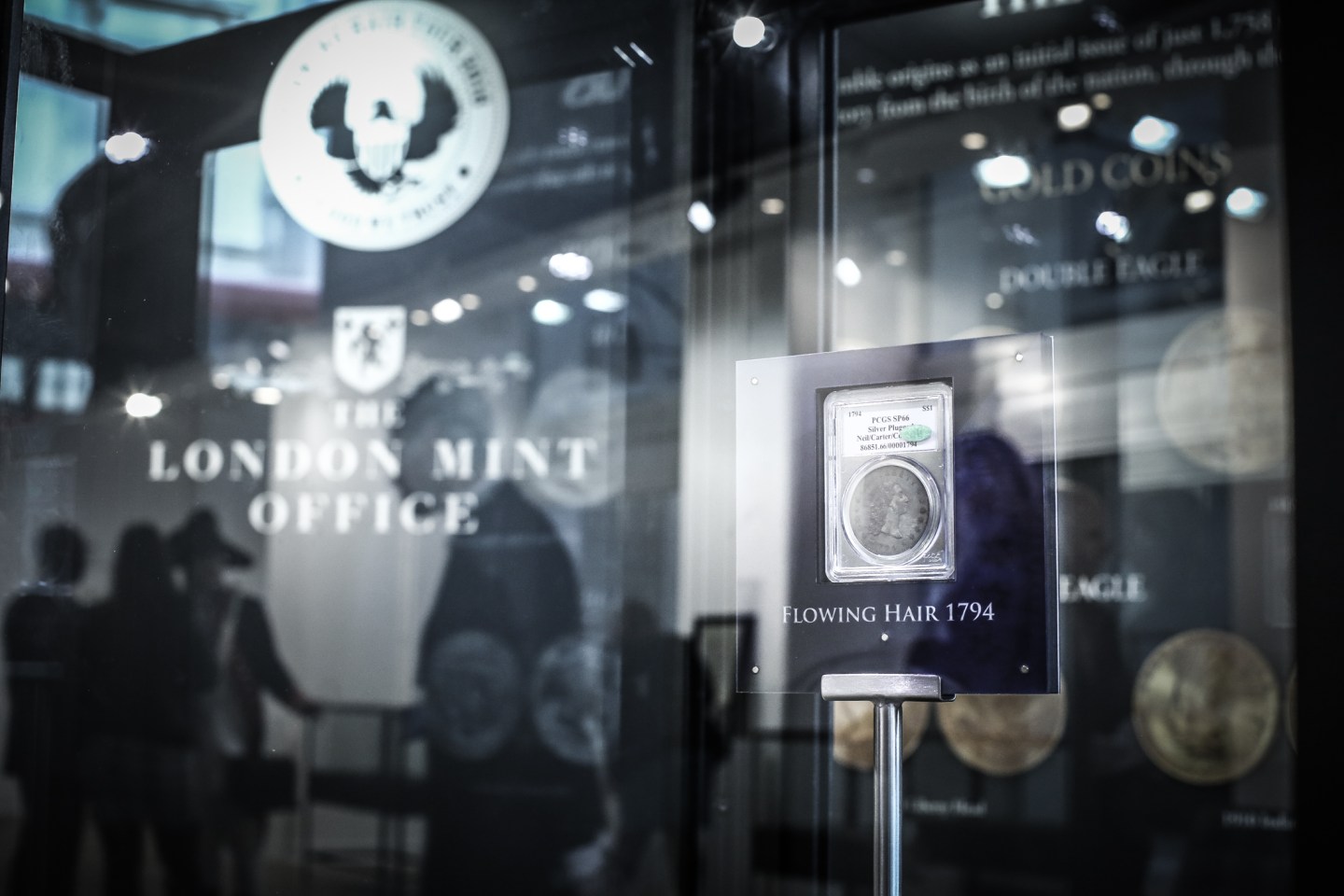 Courtesy of the London Mint Office

You will soon be able to lay your eyes on one of the most valuable coins ever produced by the U.S. mint—as long as you are in London.

The London Mint Office will place one of the U.S.’s so-called “flowing hair” silver dollars on display this weekend at La Galleria, a city gallery. The particular coin—once owned by Amon Carter, Sr., who ran the Fort Worth Star-Telegram newspaper in the early 20th century—remains one of the most valuable coins in the world. In 2013, it fetched more than $10 million at auction.

The United States minted its first ever coins—copper cents—in 1793, a year after Congress established a national Mint.

A year later the nation started distributing its first silver dollar coins. Those originals are known as “flowing hair” silver dollars, a name that alludes to the wind-blown locks of the coins’ cameo subject: Liberty, Roman goddess of freedom. Of the 1,758 “flowing hair” silver dollar coins all produced on Oct. 15, 1794, in Philadelphia, Penn., only 130 survive today, according to BBC. The one on display in London, which is owned by Bruce Morelan, a U.S.-based business exec and lifelong coin collector, is believed to be the highest quality one still in existence.

“This coin represents the very beginning of what has become the world’s most important currency,” James Deeny, managing director at the London Mint Office, told BBC Magazine. “Benjamin Franklin said the ability of the U.S. to create its own currency was an important step towards establishing itself as an independent nation. Coins are a badge of sovereignty.”

For more on collector’s items, watch:

Here’s a recent history of the coin’s surging value. (No record of the coin’s owner between 1794 and the 1920s exists, according to the London Mint Office.)