How Intel Is Exploring Virtual Reality 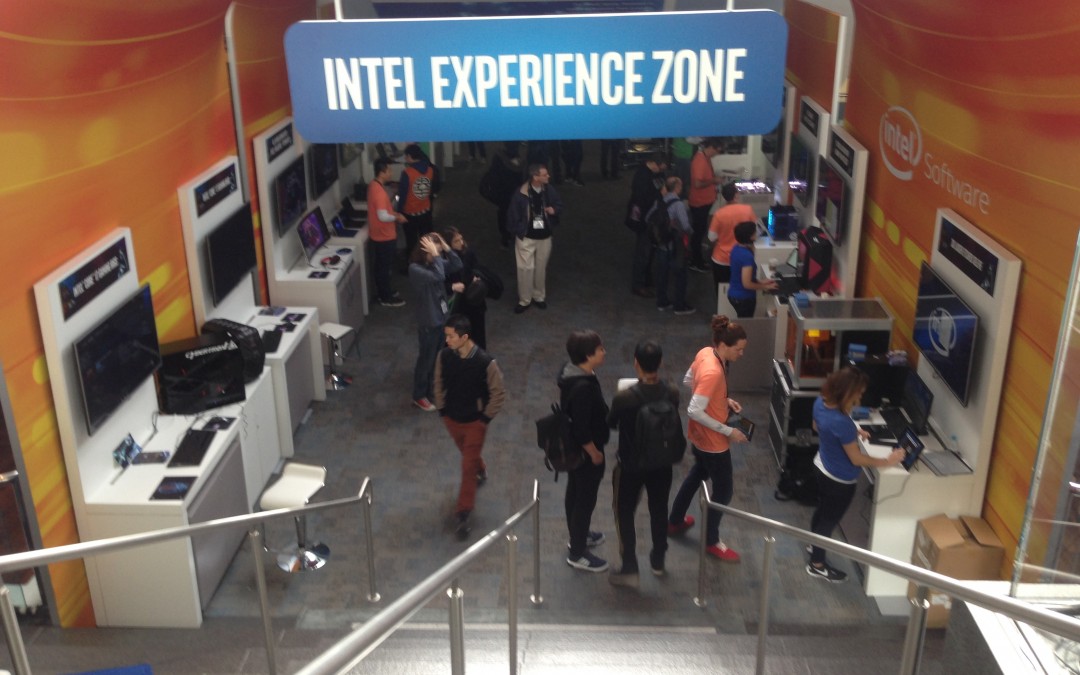 Intel is using the Game Developers Conference (GDC) in San Francisco on March 13-18 to showcase the future of virtual reality. The company is showing attendees a proof of concept to bring a user’s hands into the VR experience.

After initially funding eye-tracking startup Tobii in 2012, Intel has developed its own RealSense eye-tracking technology that also recognizes gestures and facial emotions. While this technology has many uses outside of virtual reality, it opens up new opportunities for developers in VR. Intel is showcasing RealSense with a mobile virtual reality demo involving a pterodactyl at GDC this week.

“RealSense can inform the simulation of where the user is looking,” says Kim Pallister, director of content strategy of the Intel visual computing group. “This can be used for UI (user interface), or for animating avatars and such.”

Pallister says Intel has a team specializing in virtual reality and coordinating those efforts across the company. In addition to funding Tobii, Intel also acquired Replay in March for an undisclosed sum. Pallister says that acquisition is aimed at scaling a new category for sports entertainment that Intel calls immersive sports.

There’s also another opportunity for companies such as Intel to capitalize on the early virtual reality fray. In addition to paying $799 for a Vive or $599 for a Rift, most consumers will need to upgrade their hardware.

According to Piper Jaffray senior research analyst Gene Munster, only 10% of current PCs in the world are capable of running an Oculus Rift or HTC Vive. He believes an additional 10% of PCs can be upgraded through an Nvidia or AMD graphics card for an additional $300. Most consumers will have to invest in PC hardware in addition to the headset purchase.

For more on Intel, watch:

Intel (INTC) has launched a “VR Ready” initiative for consumers to highlight which PCs can run virtual reality platforms such as Facebook’s Oculus Rift and the HTC Vive.

“2016 is when more VR-capable hardware and software will hit the market and potentially see the tipping point in its adoption,” Pallister says. “As more and more people experience the technology, you will see more OEMs bringing VR-ready PCs to the market.”

Facebook is already offering PC bundles with its hardware, and HTC will be revealing hardware bundle partners soon.