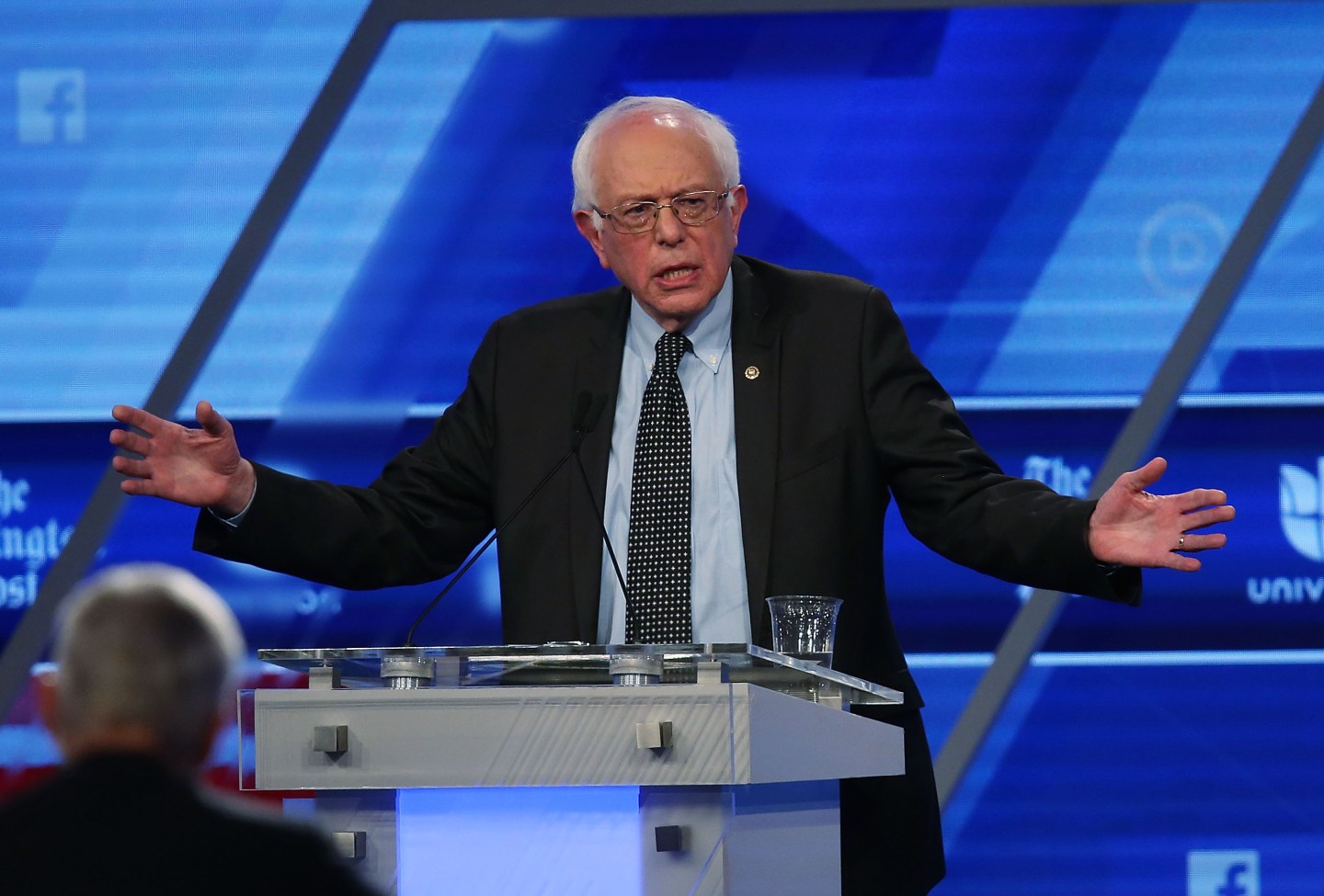 Like just about any other presidential candidate, Bernie Sanders gives plenty of speeches. But one talk he may give is getting a lot of attention right now—an address to the American Israel Public Affairs Committee.

The powerful pro-Israel lobbying group invited Sanders, along with every other presidential nominee, to speak at its annual conference later this month. So far, Sanders’ Democratic rival Hillary Clinton, along with Republican frontrunner Donald Trump, have agreed to speak. Sanders hasn’t said no, and he hasn’t said yes.

Some supporters of Sanders, though, don’t want him to show up. More than 4,000 people, including former Pink Floyd member Roger Waters, have signed a petition urging the Vermont senator to refuse the invitation, reports Alternet. The petition was created by Alternet editor, outspoken Palestinian advocate, and author Max Blumenthal. Blumenthal’s father Sidney is a longtime confidant and adviser of Hillary Clinton and was one of the biggest names brought up in the e-mail scandal still raging around the former Secretary of State.

The petition is uncompromising in its language:

As the main arm of the pro-Israel lobby in the United States, AIPAC has sworn to promote the racist, militaristic, and anti-democratic policies of the most right-wing government in Israel’s history. With his promise to seek a ‘level playing field’ on Israel-Palestine, Bernie does not belong on the same stage as these figures.

Sanders hasn’t responded to the petition, at least not yet. Florida votes on Tuesday. And in 2008, Jewish voters represented 9% of Democratic primary voters in that state. And then there’s the general election in November. While Jewish voters are a relatively small percentage of the overall Florida vote, the Sunshine State could once again decide who gets enough electoral votes to win the presidency. While Jewish people have been a key Democratic constituency for generations, Republicans have been courting the community hard in recent years, pushing the idea that President Obama has been bad for Israel and good for Iran. (Think, for instance, of Ted Cruz’s frequent pledges to move the American embassy in Israel to Jerusalem or of Marco Rubio’s hardline stance on negotiating with the Palestinians.)

Sanders is Jewish, and his answer to a question about his religious identity at a recent Democratic debate was seen as one of his best moments. So, even if he doesn’t speak at the AIPAC event, there’s a chance Jewish voters will flock to him anyway. More important, perhaps, is the fact that Sanders has largely shied away from just about everything related to foreign policy. When asked questions about foreign affairs, he pivots back to banks, Wall Street, and free public colleges at the first opening. Speaking at AIPAC would throw him headfirst into one of the most contentious foreign policy issues in the U.S. He doesn’t likely want that.