Adrian Grenier Is Saving the Whales at SXSW 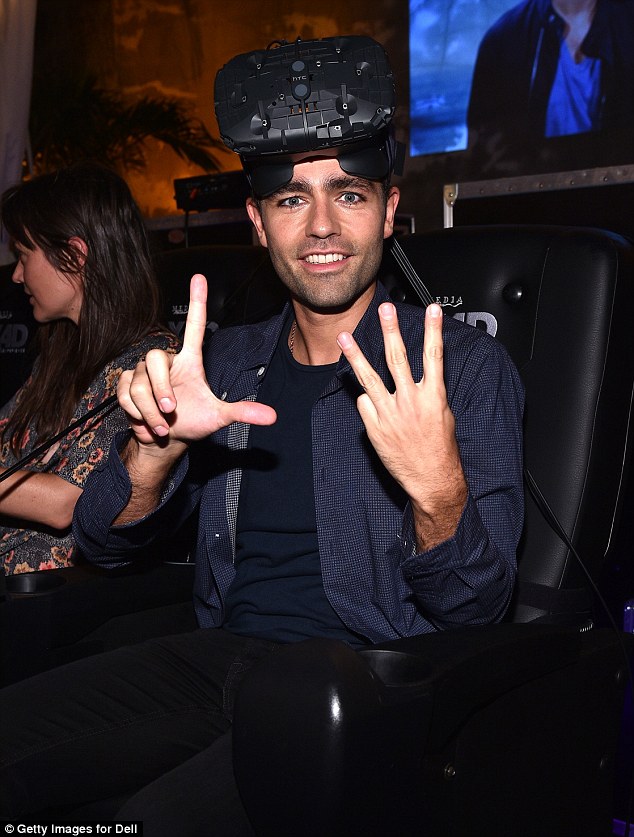 Attendees at South by Southwest this week will be able to experience Cry Out: The Lonely Whale Experience in a completely new way. Through a partnership with Dell, actor Adrian Grenier (Entourage) has added new motion sensor chairs from 3D Live to the HTC (HTC) Vive virtual reality experience that follows the journey of a whale identified as “52.”

That name comes from the 52-hertz frequency the unidentified whale communicates with—a frequency that isn’t heard by other whales. Grenier has used the three-minute virtual reality experience to bring viewers into the depths of the oceans to explore how pollution is impacting whales and other marine creatures.

After debuting at Art Basel Miami’s “A Response to our Oceans” event in December, it was on display at the United Nations Paris Climate Conference. Now this new iteration with the interactive chairs premieres at SXSW at the Dell Lounge featuring AMD-powered Alienware PCs. It will continue to tour and connect with users after the Austin show.

“We have VR, which is a 3D immersive visual experience, but we also have these chairs, which gives you a 4D experience that includes touch,” Grenier says. “You can feel the fish swim between your legs. The chairs move, so you’re experiencing the changes in depth when you’re in your submersible diving and resurfacing. It’s a fully immersive, whale-D experience.”

When a friend asked Grenier to produce the documentary, 52: The Search for the Loneliest Whale in the World, he said he immediately connected with the story of a whale that can’t communicate with others because of noise pollution in the ocean. So he decided to do something about it, creating the Lonely Whale Project.

“I was very deliberate in wanting to build out multiple verticals using the Lonely Whale hero in different ways to connect with people and communicate different ideas to different audiences,” Grenier says. “The virtual reality experience was one of those communication events that would connect with audiences in a different way than a documentary.”

Grenier has been waiting to explore virtual reality since he first experienced an early Palmer Luckey prototype of what would become the Oculus Rift at the Sundance Film Festival five years ago. That was long before Facebook (FB) acquired Oculus VR for $2 billion and Nonny de la Peña’s intern, Luckey, became a billionaire.

For more on SXSW, watch:

“Nonny did an amazing VR experience introducing this journalistic approach of transporting people to an actual place and telling a story through this medium instead of through words,” Grenier says. “I’ve been contemplating that for a long time and trying to figure out how we can use VR to tell stories and transform lives and transport people to places they’ve never been, and introduce perspectives they’ve never even thought of. So when the technology finally arrived, I had this idea already in my mind.”

Grenier says that while movies have done a good job of using sight and sound to take audiences to places, virtual reality adds another layer of experience by breaking that fourth wall and really bringing somebody into that world.

“For our purposes, we have a character that’s natural at building empathy, whose story inspires passion and understanding about the world and a desire to help and participate,” Grenier says. “And then the VR experience just elevates that by allowing people to truly connect with an experience in a place and a character that they would only be able to read about or hear about. We take you into this world, which is really difficult and very dangerous considering the depths that whales swim. It’s impossible unless you’re James Cameron and have the proper submarine.”
Cry Out looks photorealistic, but 3D Live used Epic Games’ Unreal Engine 4 game technology to create this virtual reality experience. Nathan Huber, co-founder and CEO of 3D Live, says many people who’ve tried the experience believe it was prerendered. But it’s a live interactive demo.

Ultimately, all of this technology is being used to not only save the whales, but to help save the oceans.

“The ocean is often out of sight, out of mind, and so far away that it’s someone else’s problem.” Grenier says. “But the reality is it’s all of ours. The oceans are our collective property. We all own it, so we have to know it in order to know what to do to protect it.”