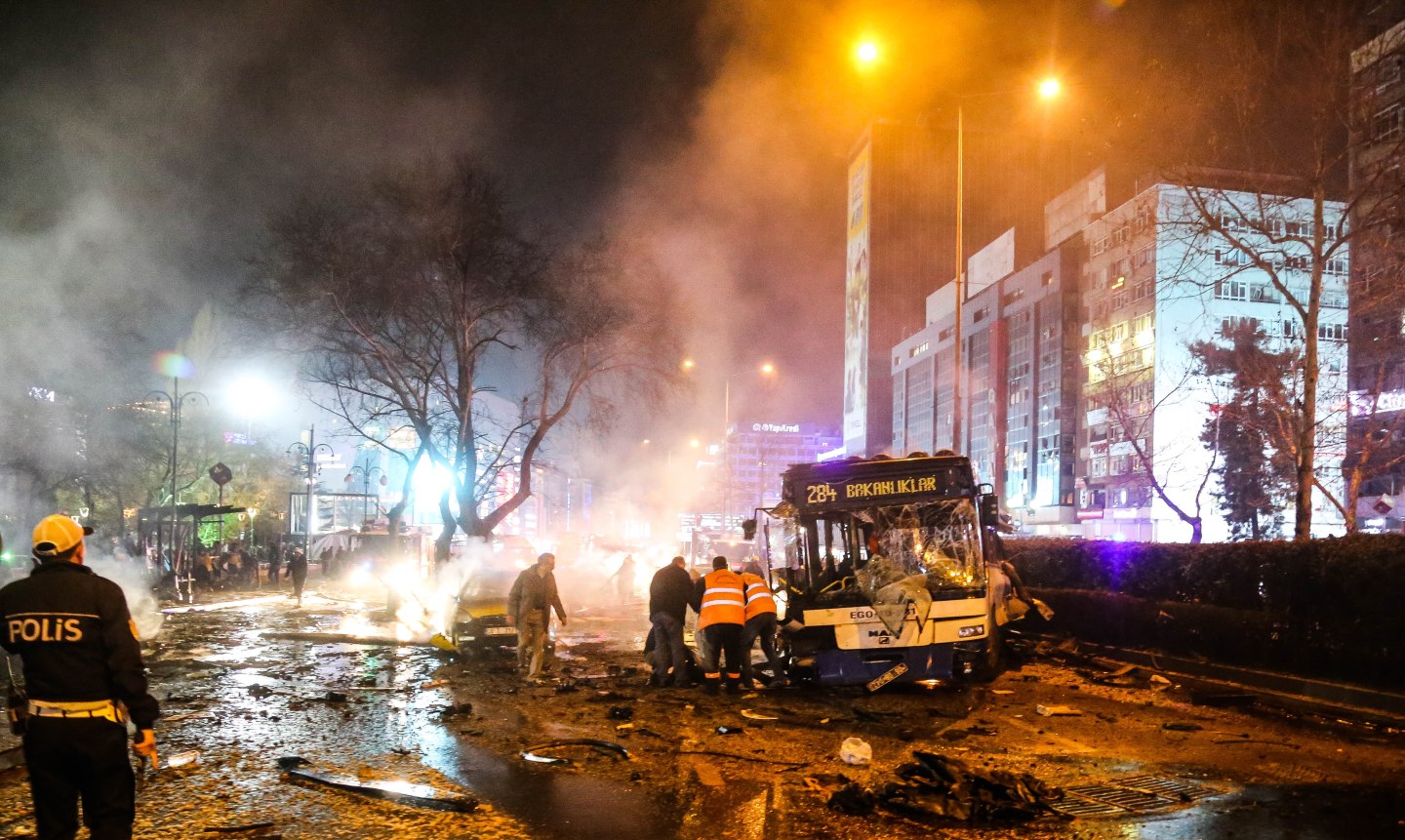 An Ankara court ordered a ban on access to Facebook (FB), Twitter (TWTR) and other sites in Turkey on Sunday, after images from a car bombing in the Turkish capital were shared on social media, broadcasters CNN Turk and NTV reported.

Several local users reported difficulty in accessing the sites. Turkey last year blocked access to Twitter over the sharing of photographs of a prosecutor being held at gunpoint by far-left militants.

A car bomb tore through a crowded transport hub in Ankara on Sunday, killing at least 34 people and wounding 125 in the second such attack in the administrative heart of the city in under a month.

The blast, which could be heard several kilometers away, sent burning debris showering down over an area a few hundred yards from the Justice and Interior Ministries, a top courthouse, and the former office of the prime minister.

“These attacks, which threaten our country’s integrity and our nation’s unity and solidarity, do not weaken our resolve in fighting terrorism but bolster our determination,” President Tayyip Erdogan said in a statement.

Two senior security officials told Reuters the first findings suggested that the Kurdistan Workers Party (PKK), which has waged a three-decade insurgency for Kurdish autonomy, or an affiliated group, was responsible.

There was no immediate claim of responsibility, but Interior Minister Efkan Ala said the name of the group behind the attack would likely be announced on Monday after initial investigations were completed.

“Tonight, civilian citizens waiting at a bus stop were targeted in a terrorist attack with a bomb-laden car,” Ala told reporters after a meeting with Prime Minister Ahmet Davutoglu, the head of the intelligence agency and security chiefs.

“Significant findings have been made, but the organization behind this will be announced once the investigation has been finalized,” he said.