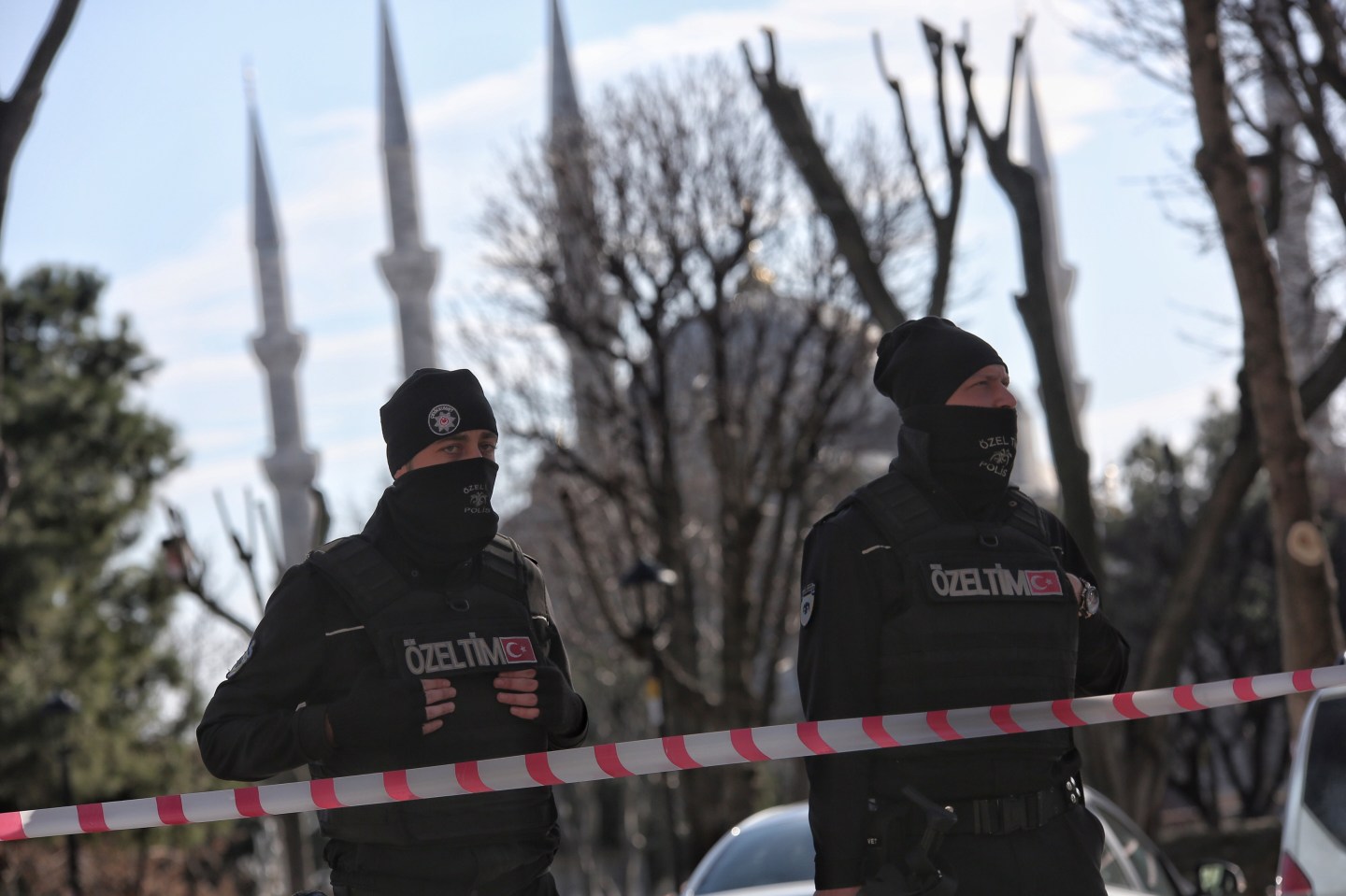 ISTANBUL, TURKEY - JANUARY 12: Turkish police secure the area after an explosion in the central Istanbul Sultanahmet district on January 12, 2016 in Istanbul, Turkey. At least 10 people have been killed and 15 wounded in a suicide bombing near tourists in the central Istanbul historic Sultanahmet district, which is home to world-famous monuments including the Blue Mosque and the Hagia Sophia. Turkish President Erdogan has stated that the suicide bomber was of Syrian origin. (Photo by Can Erok/Getty Images)
Photograph by Getty Images

A large explosion in Turkey’s capital, believed to have been caused by a bomb, killed at least 27 people on Sunday, according to the Ankara governor’s office.

NTV television said the bomb exploded close to bus stops near a park at Ankara’s main square, Kizilay. The news channel said a car, believed to be laden with explosives, detonated close to a bus. Several vehicles then caught fire, it said. The area is close to government offices, including ministries.

The explosion came just three weeks after a suicide car bombing in the capital targeted buses carrying military personnel, killing 29 people. A Kurdish militant group which is an offshoot of the outlawed Kurdish rebel group, the Kurdistan Workers’ Party, or PKK, claimed responsibility for that attack.

It also occurred two days after the U.S. Embassy issued a security warning about a potential plot to attack Turkish government buildings and housing in one Ankara neighborhood and asked its citizens to avoid those areas.

Dogan Asik, 28, said he was on a bus when the explosion occurred.

“We were thrown further back into the bus from the force of the explosion,” said Asik, who sustained injuries on his face and arm.

Several ambulances and police cars were sent to the scene of Sunday’s explosion. Police sealed off the area and pushed onlookers and journalists back, warning there could be a second bomb.