How a Baby Got Smuggled Into Luggage on a Plane 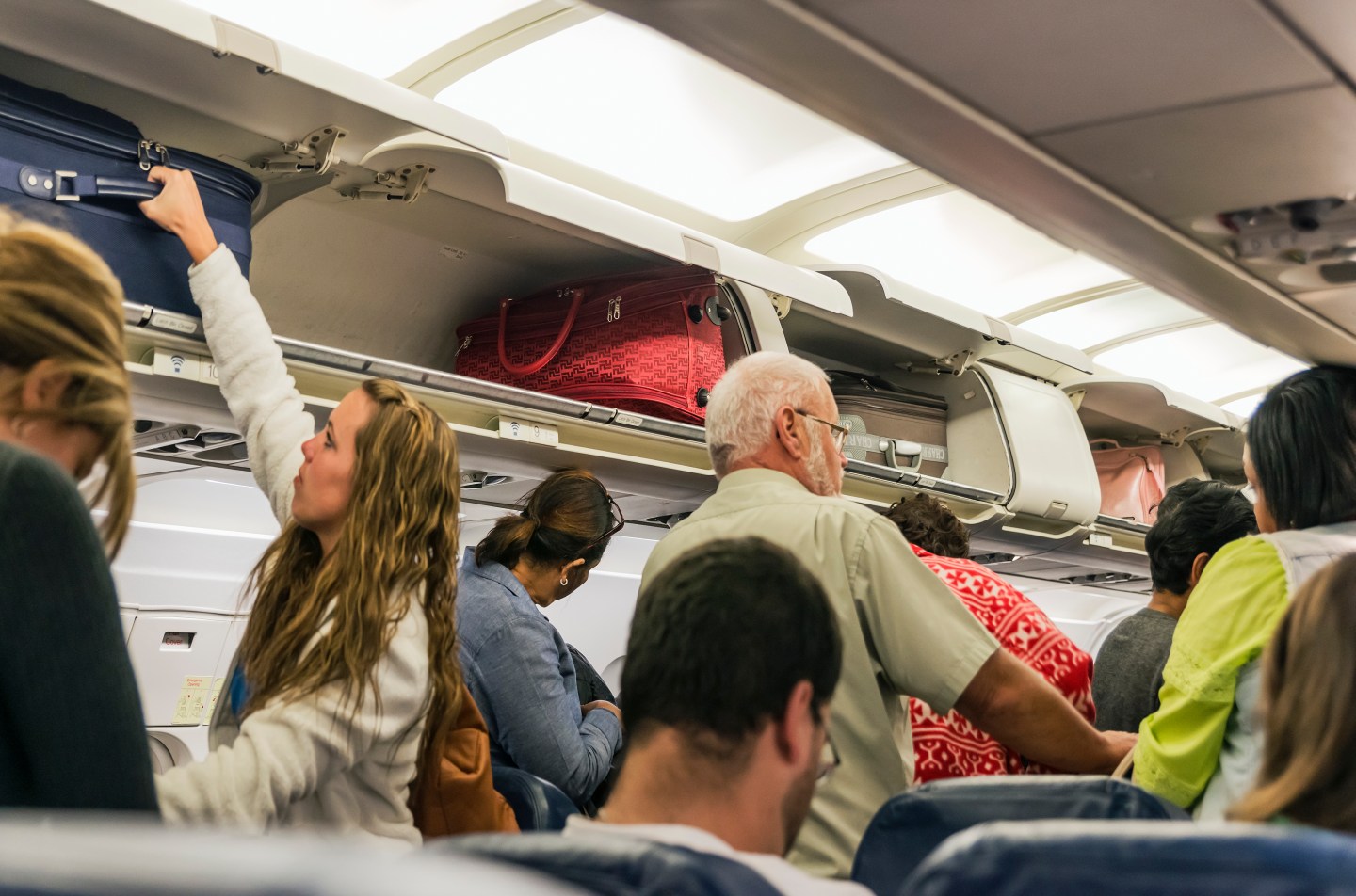 What would you do to save money on airfare? Or to avoid paying a passport application fee? If you said, “smuggle my baby onto a plane” then maybe you heard about a passenger who allegedly did just that a flight from Istanbul to Paris last week.

It’s no joke. A woman on Air France flight 1891 from Istanbul Atatürk to Paris-Charles de Gaulle Airport on March 7 allegedly hid a baby girl in her carry-on bag, according to Air France.

Air France “requested the presence of the French authorities on the flight’s arrival,” said Sarah Mahaney, an airline spokeswoman. “Air France will fully cooperate with the investigation underway being conducted by the competent authorities.”

French media report the baby was found about halfway through the 3 1/2 -hour flight. Passengers saw the child in a cloth bag that belonged to a woman sitting in the main cabin. During the flight, eyewitnesses said the woman opened the bag, which is when other passengers noticed something moving in it. They were understandably “shocked” to discover a young stowaway.

The woman, identified as a French national, and the baby girl, who was said to be Haitian, were detained at the airport. She will not be prosecuted, according to a French newspaper.

Baby smuggling in carry-on luggage is fairly unusual, and the motivation is usually due to a paperwork problem. In 2015, for instance, authorities in the Philippines stopped Jenifer Pavolaurea, a 25-year-old Papua New Guinean, when she allegedly tried to hide her two-month-old son in her backpack. According to news reports, she didn’t have the necessary immigration clearance for his departure.

What about airport security?

In the era of heightened airport security, how can something like this happen? Air France declined to say how the passenger might have foiled security, leaving aviation experts to speculate.

Agence France-Presse reports the woman, who was trying to adopt the baby, was apparently in the transit zone in Istanbul, and had successfully crossed the customs checkpoint with the child, when she was prevented from boarding a flight. That’s when she allegedly decided to buy a new ticket and hide the child in a bag.

If the reports are accurate, the woman had the correct boarding pass and believed she also had the correct passport and visa for her trip. Authorities in Turkey discovered an irregularity and told her she couldn’t continue her journey. She simply purchased a new ticket, hid the baby, and went to a different gate to board a different flight.

Getting a baby through airport security is difficult, but sneaking her on board a flight once you’re past the screening are would have been far easier. At the gate, agents only check passports and boarding passes, but security isn’t as tight as it is at the airport entrance. There are no metal detectors or baggage scanners to contend with. So the woman could have easily slipped the baby in a bag and walked onto the plane.

How do you close this loophole?

Add stricter security checks at the boarding area. Although that’s done randomly in the United States, it’s thought to be too labor intensive to do it with any consistency. And until that happens, this kind of episode could happen again.