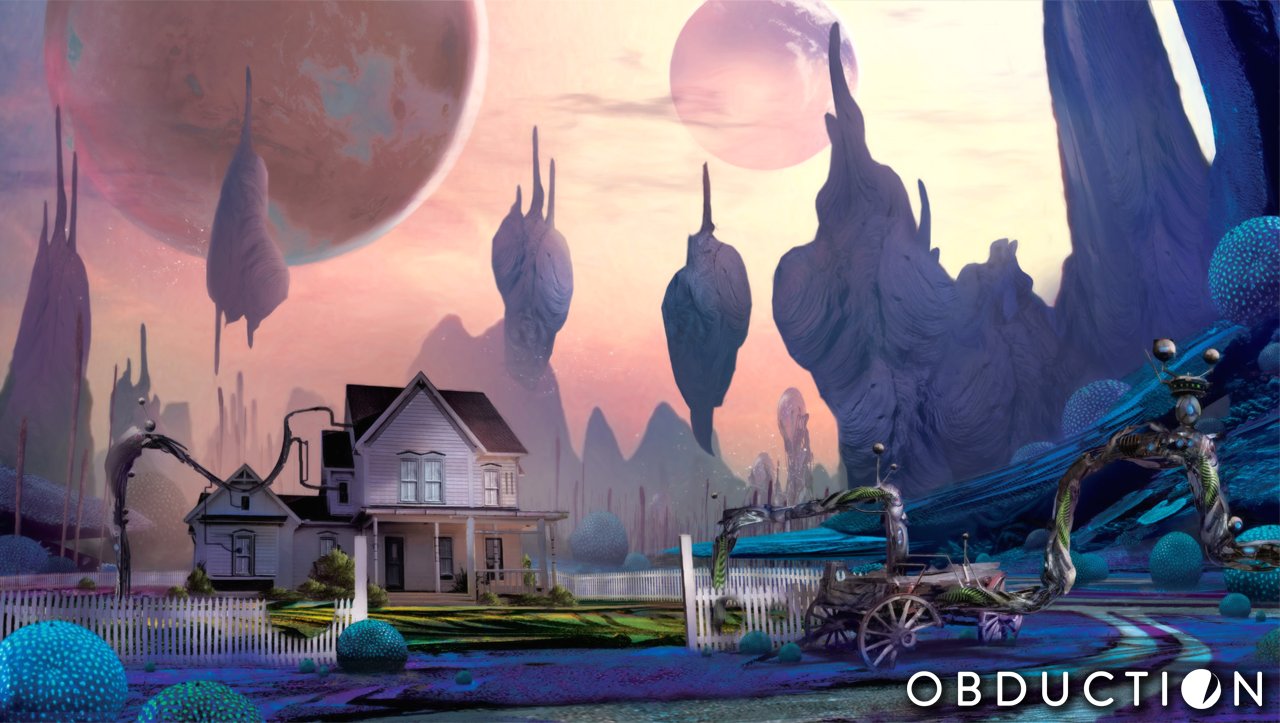 Rand and Robyn Miller took the video game industry by storm back in 1993 when they introduced Myst. The point-and-click adventure game transported the player onto a dock in a mysterious world, challenging them to solve puzzles and unlock pieces that ultimately told the story.

“Myst resonated with people and connected with a broader audience,” says Rand Miller, co-founder of Cyan Worlds. “It surprised us because we were a couple of brothers in a garage, and we thought some people would like it. But the idea of being dropped into a world that you weren’t sure what you could do, or why you were there, and without the stress of killing things or leveling up—it worked for whatever reason.”

That resonated with a more mainstream audience that hadn’t previously used the PC to play anything by Solitaire. The original Myst sold over six million copies and held the title of bestselling PC game ever until Electronic Arts released The Sims in 2002. Riven, the sequel to Myst, sold another 4.5 million copies. The overall Myst franchise sold over 12 million copies.

Now the Miller brothers are back with a brand new adventure called Obduction, which will make its gameplay debut at the Game Developers Conference (GDC) this week in San Francisco.

“The idea is if you were abducted, what would that feel like?” Miller explains. “We’ve gone less for a sterile alien spaceship with scalpels and more of an organic feeling with an object that whisks you away to a strange place that’s juxtaposed with pieces of Earth from different time pieces with a very alien landscape. You uncover why you’re there and what it all means. Just like in Myst, once you find your place, you have choices to make towards the end of things.”

Miller notes that Obduction follows the same gameplay pattern as Myst, which means the story and the environments that are revealed are part of the reward for playing. Cyan Worlds is also offering the classic point-and-click controls for the more casual gamer, while more experienced gamers can explore the 3D world the traditional way.

The new game, which is not a sequel to Myst, was literally kickstarted through a Kickstarter crowdfunding campaign. Miller reflects that over the years, his company has had some ups and downs. Not every game was successful, which meant there was no way for this new game to be developed without the help of gamers.

“We raised $1 million and that was enough to get a substantial part of the game done, and then we put quite a bit of our own money into the project from profits generated from selling mobile versions of our own game,” Miller says. “It’s kept us independent. We don’t have a publisher who paid for the development and gets most of the money on the back end. It’s like the digital download and distribution is the great equalizer for us. We can go right to the people.”

Miller underscores by remaining independent and having a garage mentality with development, Cyan can make its money back by selling a couple 100,000 units. The plan is to then reinvest that money and create other options, including the potential of porting the game to other platforms.

The game was developed with Epic Games’ Unreal Engine 4, which makes it easier to create one game across PC, console, VR, and even mobile. In addition to funding the PC and Mac versions of the game, fans also backed a virtual reality version for Oculus Rift.

“The graphics are cool on a PC or Mac, cool graphics, but VR makes the exploration slow down because I want to appreciate some of the places I’m at more than I would on a flat screen,” says Miller. “One world is vertically navigated, and there are these narrow paths on this cliff. VR allows you to feel some of the wonder of this new place.”

While the PC version will be playable at GDC, the Oculus edition won’t. But Miller promises the goal is to have all versions of the game released to the public this June.

“VR is a real evolution; the same way that real-time 3D allowed us to create new kinds of worlds from what we started with back with Myst’s hi-res screenshots,” Miller posits. “If our goal is to have people lose themselves in these worlds, the more immersive the technology is the better off we are. When you get in there the first time with the Oculus or Vive, you feel like it’s an order of magnitude difference. It’s like you’ve crossed some line and it feels like a real place.”

Miller promises that the virtual reality version of the game offers the same gameplay experience as the PC and Mac version, but how people experience it will be different.