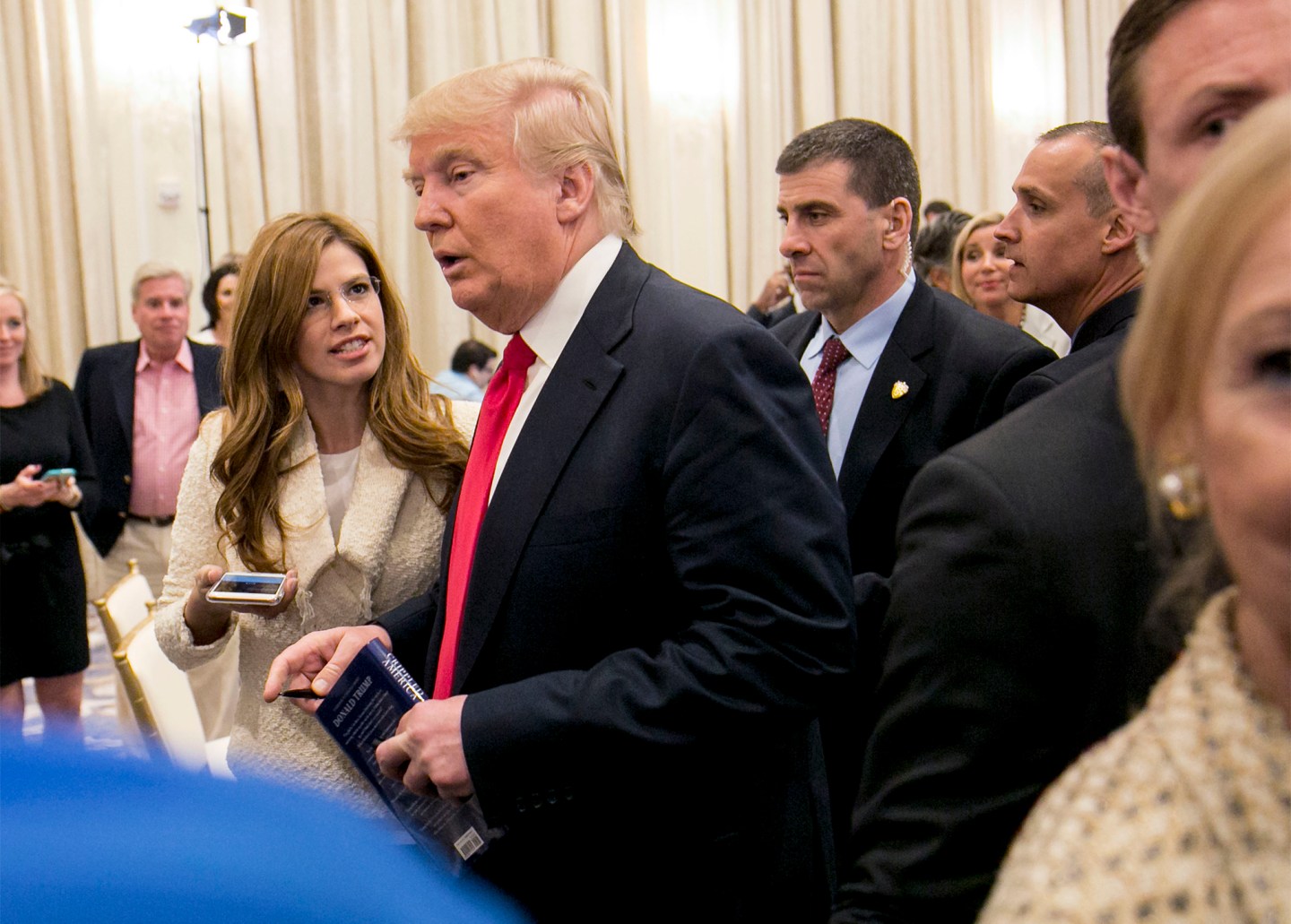 Turmoil and recriminations seemingly spread to almost everything the Trump campaign touches lately. That now includes one of the political news websites most closely associated with the controversial Republican presidential candidate.

Several senior staffers at the conservative-leaning Breitbart News site resigned on Monday, declaring they have lost confidence in management following the Trump campaign’s alleged manhandling of a Breitbart reporter.

The incident involving reporter Michelle Fields occurred during a Trump campaign event last week while she was following the candidate during a scrum. According to a Washington Post reporter, Trump’s campaign manager Corey Lewandowski grabbed Fields and yanked her sharply backwards, leaving bruises on her arm.

Although there is still some debate about whether the person who grabbed Fields was actually Lewandowski or a Secret Service agent, Fields has filed a police report with respect to the incident, and has resigned from Breitbart. In a statement she provided to BuzzFeed, Fields explained her resignation this way:

Today I informed the management at Breitbart News of my immediate resignation. I do not believe Breitbart News has adequately stood by me during the events of the past week and because of that I believe it is now best for us to part ways.

In addition to Fields, editor-at-large Ben Shapiro also said he was also cutting his ties to the conservative news website, saying management has “betrayed” founder Andrew Breitbart’s mission. Under the leadership of chairman and right-wing radio host Steve Bannon, the company has “put a stake through the heart of Andrew’s legacy,” Shapiro said.

The site was originally founded by Breitbart, a former Drudge Report editor, in 2007 and has become one of the leading conservative news and commentary outlets, with about 17 million unique visitors in December. That was an increase of more than 120% over the previous year, according to comScore.

In his statement, Shapiro went on to say that in his opinion, Bannon is “a bully, and has sold out Andrew’s mission in order to back another bully, Donald Trump.” The now-former editor also said that under Bannon, the Breitbart site has turned into “Trump’s personal Pravda,” adding this was demonstrated by the organization’s failure to support Fields following the alleged attack by Lewandowski, who Shapiro referred to as “Trump’s bully campaign manager.”

I can't stand with an organization that won't stand by me: https://t.co/pohxCKScpf

On Monday afternoon, two more Breitbart staffers announced their resignations: National security correspondent Jordan Schachtel said that the site is “no longer a journalistic enterprise but instead, in my opinion, something resembling an unaffiliated media Super PAC for the Trump campaign.” And editor Jarrett Stepman said the site was “working with or perhaps even taking direction from a presidential campaign.”

The departure of several senior staff members over an editorial difference of opinion wouldn’t be that surprising. But after the news broke, a Breitbart editor decided to ramp up the controversy even further by posting an article mocking Shapiro and his decision to leave—an article that was published under the name William Bigelow, a pseudonym used by the former Breitbart writer’s father.

Editor-at-large and in-house counsel Joel Pollack later apologized for posting the article and removed it from the Breitbart website. A cached version remains on the Internet Archive. Pollack said the article was written “as part of an effort to make light of a significant company event, and was published as a result of a misunderstanding, without going through the normal editorial channels.”

Among other things, the Breitbart furor raises questions about how a news or media organization functions once it has become a clear supporter of a specific politician like Donald Trump. A Washington Post opinion piece argued the Breitbart meltdown is a function of being “in the tank” for the candidate to the point where the site and its managers don’t even want to challenge the campaign for attacking their reporter.

According to a BuzzFeed report, before Fields and Shapiro resigned, staffers at Breitbart were being warned by managers not to show support for the reporter following the alleged attack. ““Stop tweeting about the story. Stop speculating about the story,” Pollack said in an internal company chat forum.

In a sense, what appears to have happened at Breitbart is the flip side of the traditional media problem of appearing too balanced, which NYU journalism professor Jay Rosen has described as “the view from nowhere.”The risk with that kind of approach is that obvious falsehoods or offensive views get treated as though they were valid through a false attempt at balance.

Despite such criticisms, many news outlets continue to take this approach—including National Public Radio. The public broadcaster went out of its way on Monday to clarify that commentator Cokie Roberts has more leeway to make personal comments than the usual NPR staffer does because Roberts co-authored a newspaper column labeling Donald Trump as “one of the least-qualified candidates ever to make a serious run for the presidency.”

The risk for a site like Breitbart is that declaring itself to be unequivocally in favor of a candidate like Trump puts pressure on the organization to defend almost everything the candidate does, even when that alleged behavior involves its own reporter. Former Breitbart spokesman Kurt Bardella, who also recently resigned, described it in this way in a comment to CNN. “When you’ve gone all in so much for a candidate, when you have that kind of skin in the game,” he said. “You don’t want to see that derailed.”

It remains to be seen whether Breitbart’s audience will see the Fields incident and its aftermath as a reason to lose trust in the site, or whether they will simply view the departed staffers as traitors to the cause and move on. Their preferred presidential candidate certainly seems to be able to shrug off similar accusations and controversies with aplomb, so perhaps Breitbart will be able to do the same.