A Hollywood Agency Is Suing CBS Over ‘Judge Judy’ Profits 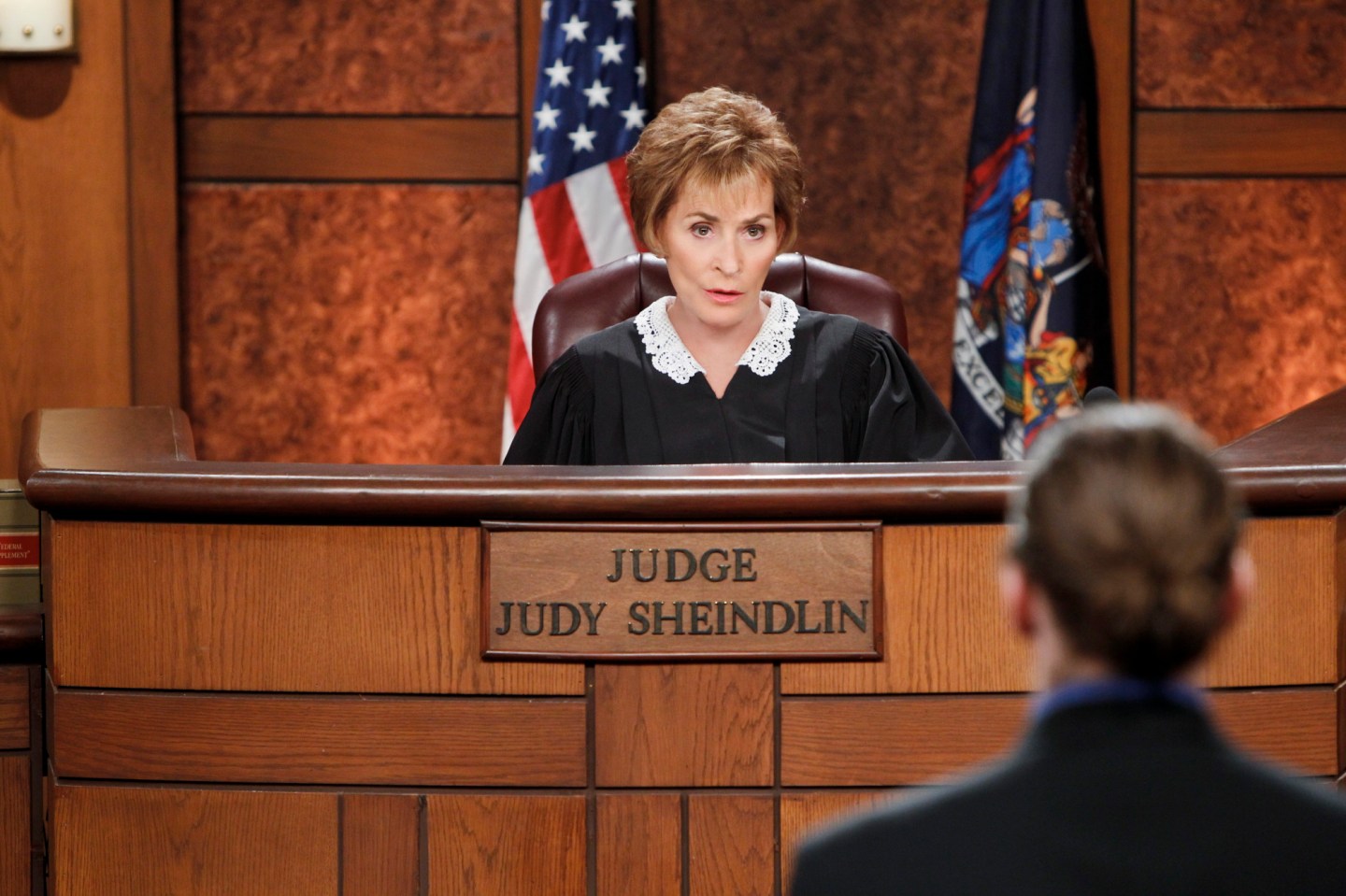 UPDATE: This article has been updated with a statement from Judge Judy Sheindlin.

A Hollywood talent agency wants to take CBS to court over the profits from a TV show about taking people court.

Deadline was first to report that Rebel Entertainment Partners filed a multi-million dollar breach of contract lawsuit against CBS (CBS) in which the agency accuses the network and a handful of its subsidiaries of hiding profits from the long-running popular courtroom television show Judge Judy.

Rebel says in the lawsuit, filed Monday in Los Angeles Superior Court, that the agency is owed 5% the show’s net profits under a 1995 packaging agreement that promised Rebel’s predecessor agency a cut of earnings for its role in the early development of the show, headlined by Judge Judy Sheindlin over 19 seasons. However, despite the lawsuit’s claim that Judge Judy has grossed more than $1.7 billion for CBS since it went on the air, Rebel says it has not received any money from the network since February 2010.

Rebel claims that, after collecting millions of dollars from regular payments during the first 14 years of the shows run, the money stopped rolling in shortly after Sheindlin received a major boost in compensation. As Fortune has noted in the past, the TV judge is among the highest-paid daytime television stars with annual pay of around $47 million. After Sheindlin’s pay raise went into effect in 2010—effectively doubling her compensation—Rebel claims the agency stopped receiving money from CBS, which it says began reporting negative profits for the show.

Rebel calls Sheindlin’s compensation “grossly inconsistent with customary practice in the television industry,” while claiming that other salaries for stars in non-scripted TV shows are well below the TV judge’s compensation.

Prior to Sheindlin’s pay raise, Rebel claims that CBS “reported net profits of $3,572,195, of which 5% ($178,609) was paid to Rebel,” the lawsuit says. In the lawsuit, Rebel also claims that CBS never approached the agency to discuss a separate packaging fee around the CBS show Hot Bench, which is produced by Sheindlin and, Rebel contends, a spin-off of Judge Judy.

Sheindlin responded to Rebel’s lawsuit on Monday with a statement provided to Fortune in which the TV judge downplayed the role of Rebel president Richard Lawrence in the development of Judge Judy, adding that she has not had any contact with him in two decades. “Now complaining about not getting enough money, that’s real chutzpah!” Sheindlin said in the statement, adding that the idea that Lawrence and Rebel had any role in the creation of Hot Bench “is equally laughable.”

Fortune reached out to lawyers for Rebel for comment and will update this post with any response.