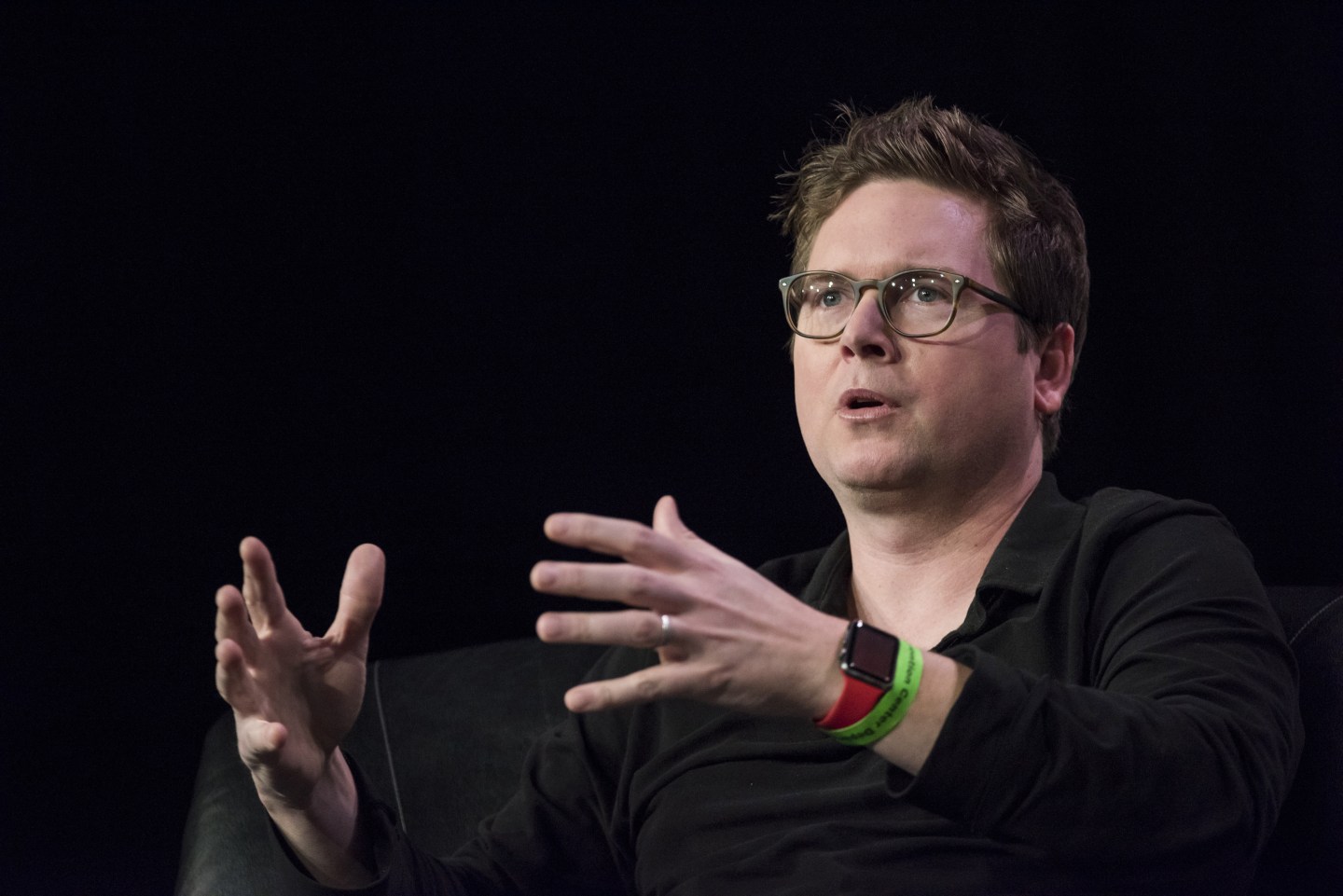 Nine years after his prior startup exploded in popularity during Austin’ annual South by Southwest tech festival, Biz Stone is back in town again.

This time, the Twitter co-founder is thinking about how to make online search better.

“If you are going to approach search now, it would be totally different, right?” Stone said on Tuesday, during an on-stage interview at the festival. “Mobile phones are practically an appendage. It’s the only thing that if you forgot it, you’d drive back to your house (for),” he added.

But his startup isn’t exactly new.

In early 2014, Stone and his team publicly released a mobile app called Jelly. At the time, Jelly was designed around the idea that if someone saw something, like a plant or a painting, and they want more information, they could post a photo and a question on Jelly. The app then uses their social networks to spread the query, and hopefully return an answer.

Unfortunately, that version of Jelly wasn’t all that successful, and by late 2014, he had shifted its focus to Super, a different app that lets users create and share colorful collages that include a superlative—“The best gifts are small but thoughtful,” “My favorite animal is the pug,” and so on. Stone even spoke on stage at South by Southwest last year about Jelly’s then-failure.

And yet, it wasn’t over for Jelly, according to Stone. After a conversation with his co-founder Ben Finkel that was meant to put an official end to Jelly, they decided they just couldn’t give up the idea of matching human answers to users’ questions.

“It was kind of embarrassing because we had to announce an ‘un-pivot,’” Stone said, using a play on pivoting, a common Silicon Valley term for when a company significantly shifts its business model and product.

Stone first announced Jelly’s return in January, via a blog post on Medium, a blogging platform he founded with Ev Williams, another Twitter co-founder.

The new version of the service crowdsources answers from its users, who likely won’t have any connection to the original user that asked the question. One of the main lessons Stone and his team took from Jelly’s first incarnation is that attaching a user’s identity to their question or search query was stifling.

“Imagine if a Google search was a tweet—you’d not search for 99% of the things you do,” said Stone.

The new Jelly app isn’t publicly available, but based on Stone’s descriptions, users don’t have to sign in or create any sort of account in order to ask questions and receive answers. They do, however, if they want to contribute answers or bookmark questions.

Jelly’s team also realized that users want to contribute as many answers as they can, so opening this service up beyond their social networks will not only allow them do so, but also result in more and better answers.

So does Stone want Jelly to replace Google’s (GOOGL) search engine? Not at all. “The Internet is broken without Google,” he said.

“Google is the bridge between millions of lost souls and trillions of websites,” he continued. “But Jelly is just different—it’s the only search engine in the world that has an attitude.”

Stone added that his favorite tech gadget at the moment is Amazon’s (AMZN) Echo, the smart speaker with a voice-activated personal assistant. Not coincidentally, it’s Stone’s new goal to make Jelly feel human-like, the way that Echo’s voice assistant Alexa feels when users interact with it.