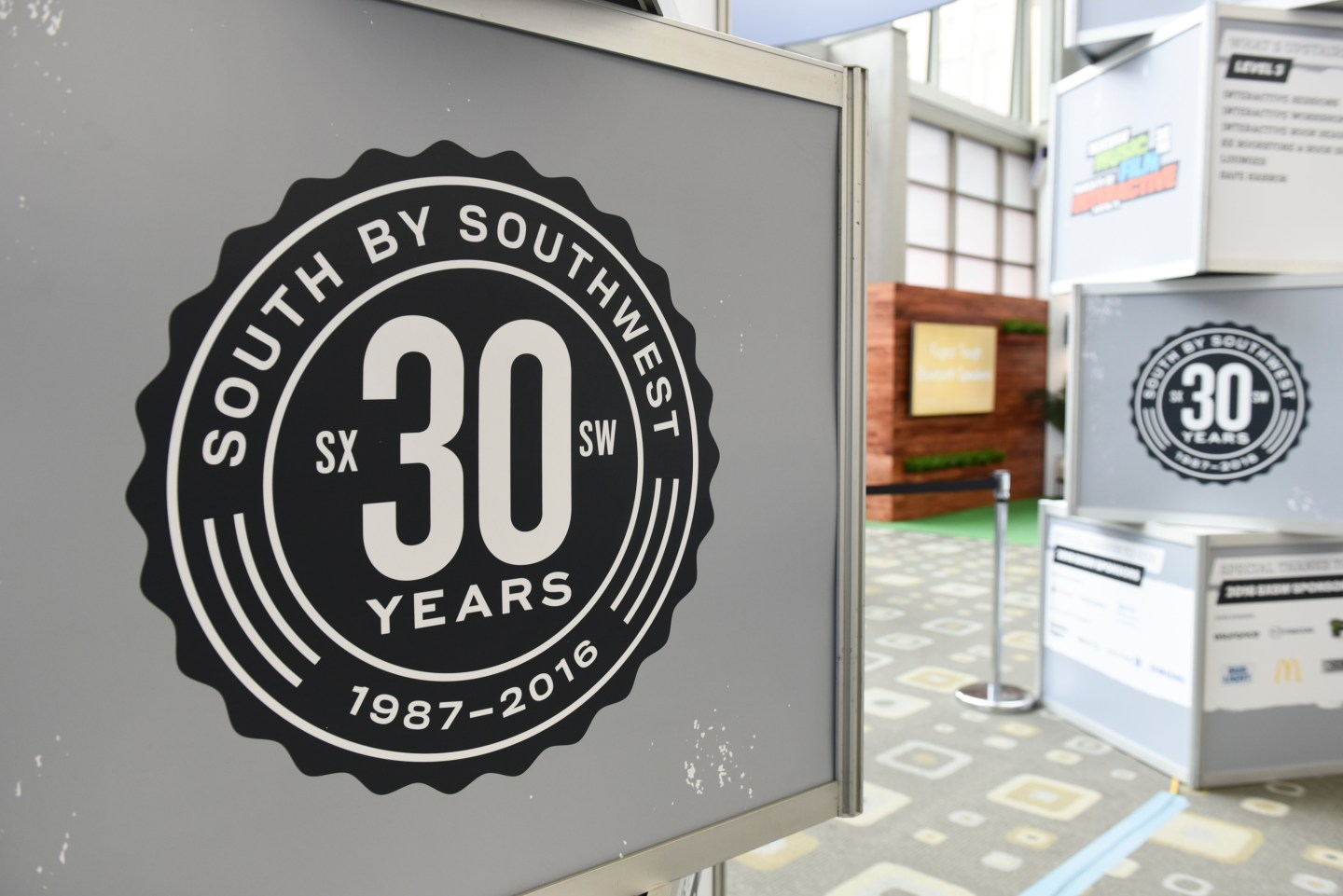 Ibtihaj Muhammad is a speaker at South by Southwest, an Olympian, and a Muslim. But only one of those things mattered when she picked up her badge at the festival.

Muhammad says she was asked to remove her hijab for the picture that goes on attendee badges, even after she explained its religious significance to the person who was processing her registration, she said on Twitter (TWTR).

I was just asked to remove my hijab at SXSW Registration for my ID badge.. I can't make this stuff up #SXSW2016

Even after I explained it was for religious reasons, he insisted I had to remove my hijab for the photo to receive my badge #SXSW2016

Muhammad didn’t offer other details about the exchange, but it appears the volunteer making the demands was ultimately overruled. Moments later, she posted a picture of her badge, where she was wearing the hijab.

One problem, though… The registration desk got her name wrong and inexplicably said she worked for Time Warner .

Thennnnn I was given the wrong ID! From now on my name is Tamir & I work for Time Warner Inc #SXSW2016 pic.twitter.com/TE3jJR16P6

The incident didn’t dissuade her from attending. She made it to the panel she was speaking at on time.

SXSW officials, in a statement, apologized for the incident.

“It is not our policy that a hijab or any religious head covering be removed in order to pick up a SXSW badge,” the festival said. “This was one volunteer who made an insensitive request and that person has been removed for the duration of the event. We are embarrassed by this and have apologized to Ibtihaj in person, and sincerely regret this incident.”

It’s a poorly timed misstep for the interactive, film and music festival that occurred on the same day as a day-long series of panels on online harassment. That panel itself was the result of the show’s poor handling in canceling a pair of panels that revolved around the GamerGate, an ongoing debate in the video game community about the way women are portrayed in the gaming culture.

Muhammad, who will compete in the Rio Olympics later this year, will be the first U.S. athlete to wear a hijab during her event.

“I’ve flown to domestic competitions and T.S.A. agents at airports have spoken to me in demeaning ways, as if I’m foreign, because I wear hijab: ‘Do—you—speak—English?’,” Muhammad told The New Yorker in an interview earlier this month. “How do people like this exist? I’m productive, educated, and representing my country at the Olympics, but they question where I belong.”