What Every Business Partner Could Learn From House of Cards 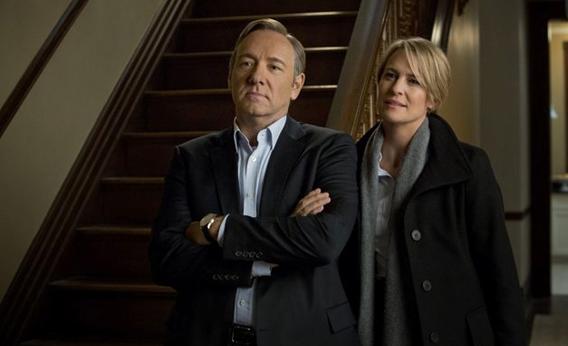 The fourth season of Netflix’s (NFLX) hit show House of Cards was released this last weekend. Even though the show is still full of political machinations, the real heart of the intrigue lies in the stormy marriage between Frank and Claire Underwood. Will they destroy each other or work together to realize their dream of ultimate power?

Make sure your goals are aligned

Over past seasons, the Underwoods have mostly been pulling in the same direction, with considerable success. As the new season opens, however, Frank and Claire are at odds about their goals. They both want Frank to win the Presidential race, but Frank just wants Claire to stand by his side and do little else. Claire, on the other hand, wants Frank to acknowledge her importance to their partnership and carve out her own niche in government. This disconnect threatens to tear their marriage apart and derail their personal (and shared) goals.

Businesses thrive or suffer by the same principle. Unless the partners are all pointing the same way and making efforts towards a shared team goal, the business can’t achieve its full potential. The trick, however, is to figure out what people want individually and how those personal needs can be integrated with the bigger picture. In other words, a strong business isn’t just built from the top down but sideways as well.

Conventional wisdom says that you should not mix business with friendship (or marriage). That’s sometimes true, but a personal connection between business partners can actually enhance the commercial side of things as well.

Frank and Claire are the perfect example of this synergy – when they’re in sync, they’re unbeatable. In real life, Bill and Hillary Clinton also personify a political match made in heaven. Both these couples may have relationship problems but still care for each other (as evidenced by Bill’s tireless stumping and vocal support for his wife during the 2008 primaries and now for the 2016 election), which makes them an even more formidable force in the political arena.

Of course, it’s not necessary for business partners to be close friends, but even a little bit of kinship can add rocket fuel to the business.

The Underwoods’ marriage has always been a little unusual (remember the bizarre three-way kiss with a secret service agent in the second season?) and progressive. In the new season, Frank exhorts Claire to “go beyond marriage” to an even deeper partnership based on their individual strengths and mutual lust for power. The idea is that a true understanding of each other, unfettered by traditional structures and restrictions, can help them bring their best to the table and win any battle together.

Businesses, similarly, can go much further by tapping the strongest talents of individuals and allowing them to soar instead of remaining mired in old-fashioned power structures and expectations. Successful companies like Alphabet [GOOGL], Tesla [TSLA], and Salesforce [CRM] that encourage innovation throughout the organization and “go beyond” lockstep corporate culture are good examples of the power of this approach.

Keep your friends close, but keep your business partners even closer

The best partners know a lot about you. As a result, their actions can also be the most damaging when things don’t work out. The Underwoods have exhibited this dynamic many times in the show, when they work deliberately at cross purposes out of anger. This ranges from Frank’s ruthless sabotage of Claire’s personal political ambitions to Claire’s sneaky politicking to turn Frank’s allies against him.

In a fictional setting, this can be entertaining, but in the real world, businesses can suffer greatly if its people fly apart. Cohesion is essential to stability and success and for this reason it’s not just important for business partners to remain in sync but to maintain perspective even in the midst of tension. Actions committed in the heat of passion can come back to haunt all parties involved in the future. Don’t do what Frank and Claire do – keep your reactions in check.

It’s no secret that a lack of communication within a business can hurt it, but more importantly, a lack of communication can actually become a form of miscommunication. In the beginning of the new season, Claire refuses to talk to Frank, which sets the stage for a string of poor choices on the part of both Underwoods acting with (sometimes) wrong information or counterproductive motivations. As viewers, you feel like screaming at the couple to talk and work things out.

Honest communication may not solve every problem but it can certainly help to alleviate anger and frustration, which can then enable the parties to find some sort of compromise and move forward productively.