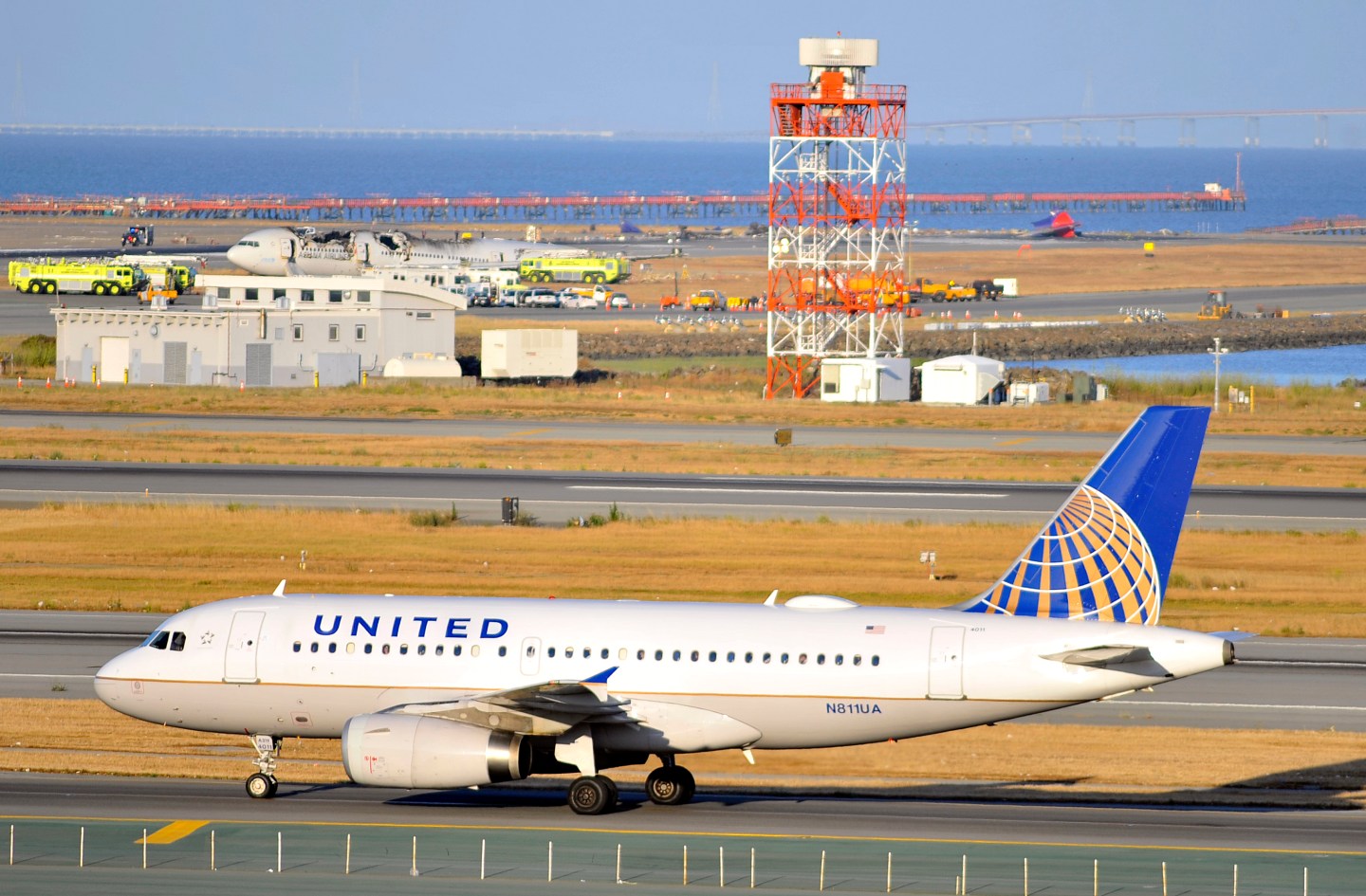 The two hedge funds that launched a boardroom fight with United Continental Holdings last week oppose the airline’s plans to give Chief Executive Oscar Munoz the additional role of chairman and have concerns about his compensation, according to a person familiar with the matter.

They are expected to lay out more specific claims about the company in coming weeks that address what they believe are the causes of the No. 3 U.S. airline’s low customer satisfaction scores and its sagging stock, down almost 14% in the past 12 months.

The funds, which together own 7.1% of United, have said they support Munoz as CEO, but their doubts about United’s pay policies and its plan to make him chairman could become a flashpoint as the long-running struggle over the airline’s management develops.

United (UAL) has refused to appoint Bethune as chairman, ending months of talks with the funds in early March, the source and two other people familiar with the matter said. That refusal led the funds to take their objections public last week, the sources said.

The activist investors question whether Munoz, a former president at railroad operator CSX (CSX), was guided well by United’s board in allowing him to spend his first weeks after starting the job in September talking to the media and workers rather than focusing on capital allocation, for example, the first source said.

The two funds called the board “underqualified” last week because it lacked what they consider experienced airline executives.

United rejected the criticism, saying Munoz was “focused on getting out on the front line to enhance the customer and employee experience at United, and the results are evident in our improved operational and financial performance.”

PAR and Altimeter also believe the board’s decision to give Munoz a signing bonus of $12 million should have been tied to performance goals, the person familiar with the situation said. United declined to comment on that criticism, though in a filing it had said the award partially accounted for pay Munoz forfeited at CSX.

The funds are set to oppose United’s plan to make Munoz chairman by 2017, as specified in his employment contract signed while Munoz was on medical leave after a mid-October heart attack, the source said.

Such an arrangement has been criticized by corporate governance experts, but it is not unusual in the United States. Just over half of S&P 500 companies had the same CEO and chairman last year, down from 71% a decade ago, according to executive search firm Spencer Stuart.

For more on the airline industry, watch:

United has tried to placate shareholders, recently doubling its forecast for stock buybacks in the first quarter to $1.5 billion, and expanding its board by three new directors last Monday.

The two board additions with airline expertise—James Whitehurst, former chief operating officer of Delta Air Lines (DAL), and Robert Milton, former CEO of Air Canada—were previously vetted and mentioned as potential directors by PAR and Altimeter, the people familiar with the situation said.

United also extended a deadline for PAR and Altimeter to propose its own names for the board, and amended its bylaws in line with shareholder interests, two of the people said.

Brad Gerstner, CEO of Altimeter Capital, called United’s proposal “a cynical attempt to preserve power by this entrenched board,” in a statement on Tuesday.

However, United and the hedge funds are open to a settlement that avoids a vote on the shareholder nominees, according to the sources.

The two hedge funds’ frustration with United’s board stretches back to August 2015, when the airline’s well-liked chief financial officer left to join PayPal Holdings, one of the sources said. United has yet to announce a permanent CFO.

Worries about succession planning and insufficient disclosures by the board escalated in September when then-CEO Jeff Smisek stepped down after an investigation into the airline’s dealings with the Port Authority of New York and New Jersey.