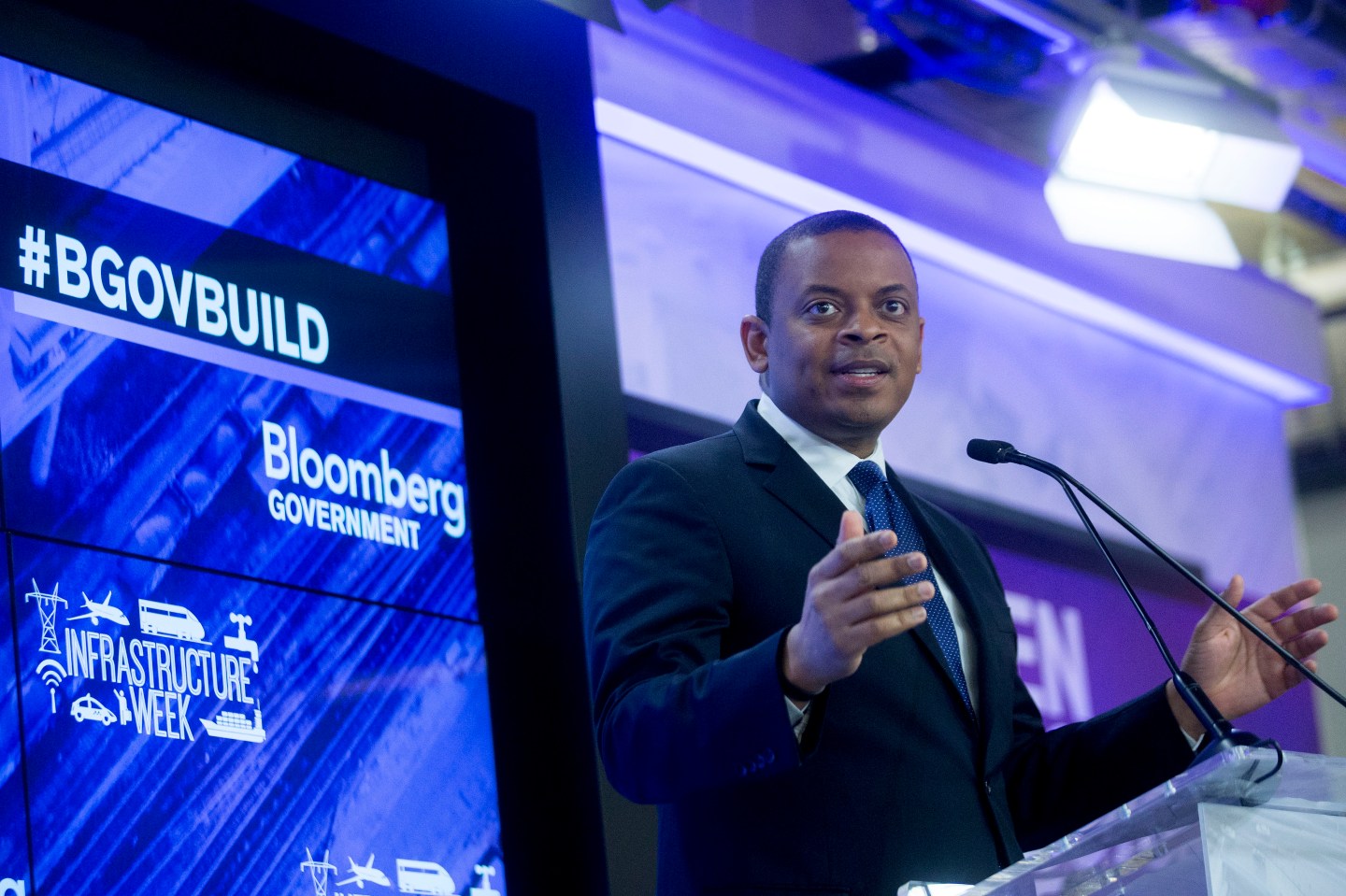 The U.S. Transportation Department and NXP Semiconductors NV are joining forces in a pilot project to use communication technology to reduce congestion and speed traffic, they said on Friday.

The department said in December that it would award up to $40 million to a mid-size U.S. city to pilot the efforts.

NXP and partner Cohda Wireless will give the winning “Smart City” wireless communication modules that allow cars to securely exchange data like hazard warnings over more than a mile to prevent accidents and improve traffic flow.

Vehicle-to-vehicle and vehicle to infrastructure communication could prevent up to 80% of crashes where alcohol is not a factor by alerting drivers to hazards like an icy bridge or speeding car, the government said.

“In the near term, it’s not about automated driving as much as it’s about assisted driving,” NXP Chief Executive Officer Rick Clemmer said in an interview.

The technology could be added to police, fire, or other municipal vehicles, but that depends on the winning bid and how the city wants to deploy it, he added.

Finalists will each get $100,000 to refine their plans before the winner is named in June.

For more on smart cities, watch:

Foxx said in an interview on Thursday that he thought the winning city would “serve as a catalyst for widespread change.”

The goal of the Smart Cities project is a “fully integrated, first-of-its-kind city that uses data, technology, and creativity to shape how people and goods move in the future,” the department said.

The effort is the latest bid by the Obama administration to advance technology fixes to address the nation’s clogged roads.