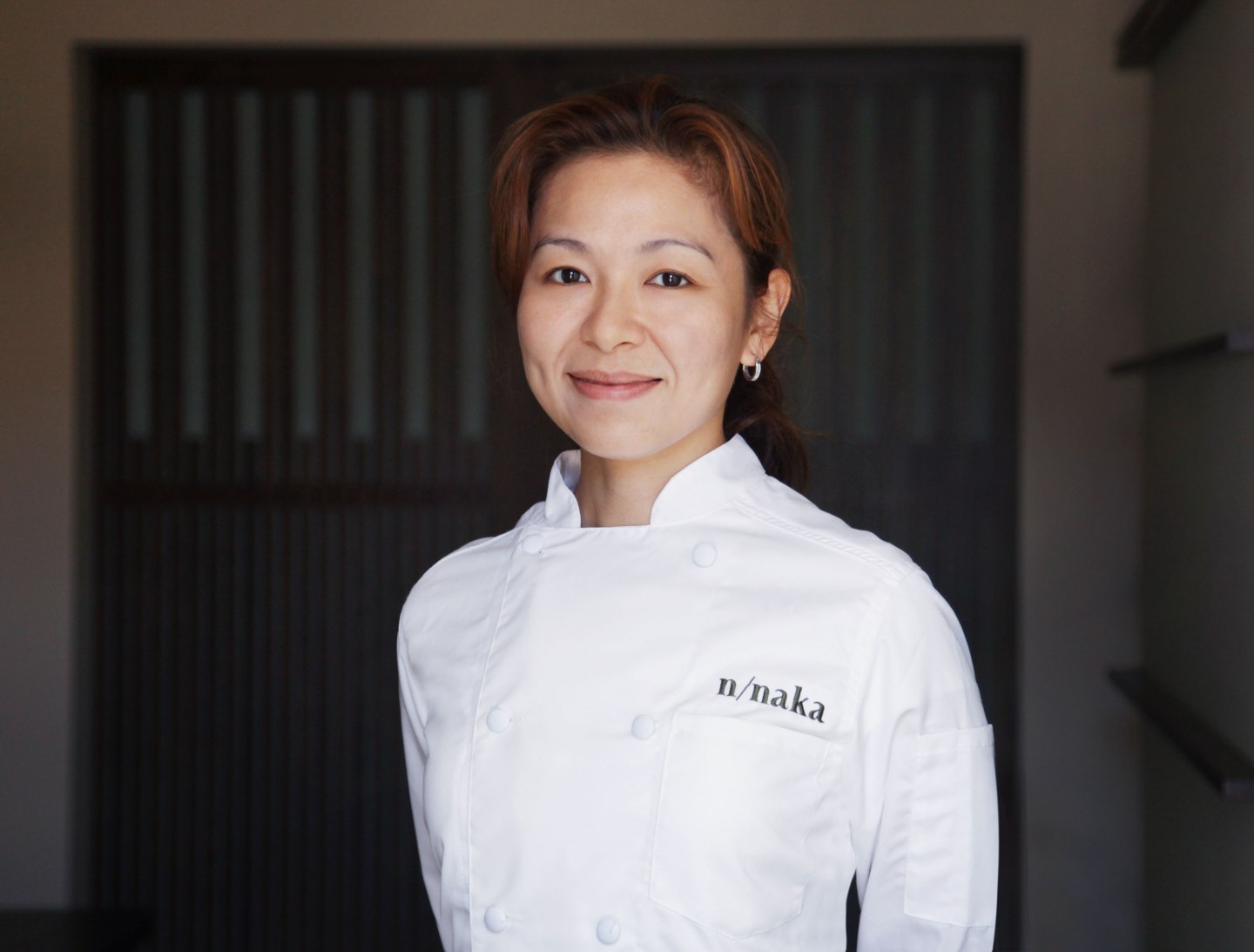 It doesn’t look like much. Just an anonymous gray restaurant in a distinctly unglamorous Los Angeles neighborhood called the Palms. But inside, behind a glowing white screen, Niki Nakayama has been meticulously crafting 13-course Japanese meals that blur everything beyond the plate. Black cod that tastes like buttered toast, abalone pasta under a flurry of truffle—Nakayama’s food shares more in common with French Laundry than any place hawking California rolls.

“The natural thing people think of when they think of Japanese food is sushi,” Nakayama said. “We are not a sushi restaurant.”

Nakayama and her restaurant, n/naka, specialize in kaiseki, a formal procession of courses born out of ancient Buddhist rituals. The cuisine has historically bee the domain of men, and Nakayama has been called one of the only female kaiseki masters in the world, but she doesn’t like to dwell on this distinction. Being a female chef is frowned on in certain traditionalist corners of the Japanese food world—indeed, Nakayama began cooking behind a partition after some customers at the sushi restaurant she helmed before n/naka left upon seeing a woman behind the sushi bar. However, thanks in part to her recent appearance on the critically acclaimed Netflix series Chef’s Table, sexism seems to be less of an issue these days: her $185-per-person meals are consistently booked out months in advance.

Still, the screen remains. “Right now we have it closed not so much for the old reasons as much as for more selfish reasons,” Nakayama says. “It’s very nice to not be distracted when we’re working.”

“My mom didn’t sit around and teach us,” she says. “She just made dinner for us so we could survive. I always enjoyed eating, but it was always the idea of family or friends or having people come together to enjoy a meal, that was the most appealing part of it.”

A year in Japan in her early 20s opened Nakayama up to different foods, and when a friend wanted to check out a culinary school in Pasadena, Nakayama went along for the ride. She found herself captivated by the mechanics of cooking. She honed her skills at Takao, a Brentwood sushi restaurant, and went back to Japan for three years to cook at an inn and immerse herself in the cuisine. This stint introduced her to kaiseki and the idea of opening her own restaurant, but she felt Japan wasn’t the place to do it. “To open something like this,” she said, referring to n/naka, “it would probably never happen. Just because it’s such a misogynist society, they may not want to support someone that is being more than what society thinks they should be.”

When she returned to Los Angeles, Nakayama opened a sushi restaurant, hoping to peddle what was familiar to American palates. It didn’t go as planned.

“I felt like the work that I was doing wasn’t really true to who I was,” she said. “Why would I want to spend so much of my time and effort to create a restaurant that could be anywhere? We were making a restaurant to accommodate people’s tastes.”

She sold the restaurant and planned to take a few years off. “I was going to stay home, order pizza, be a bum,” she says. Then she heard an NPR story about restaurant that was doing a chef’s table. Something clicked.

“I think people were ready to understand what I was trying to do,” she said. “It seemed like the perfect way to showcase this kaiseki style.”

Though Nakayama separates herself from her diners for most of the meal, she slips out towards the end of each seating—there are six set times every evening, Tuesday through Sunday—to greet guests and find out what they savored and what got pushed to the side. She catalogs what every single diner has eaten at n/naka, the better to serve them should they return. (After filling up more than eight binders with notes, she’s transitioning to a digital format.)

“I like to personally gauge how our guests enjoy their meal,” Nakayama says. “I can sense if they did enjoy it or they didn’t. It’s a very good way for me to judge how the work was that evening.”

The Netflix show has heaped attention on Nakayama and n/naka—most of which she welcomes. Yet she wishes she could shed the female chef designation, which still comes up, even among her peers. In Nakayama’s Mind of Chef episode, her boss at the Brentwood sushi joint, Takao Izumida, cheerfully remembers her as the restaurant’s petite, perky mascot. Nakayama says was surprised by the characterization: “I was like, what? When did that happen?”

“It would be nice if there wasn’t that ‘female’ attached to it all the time,” she said. “I know for myself that yes, I’m in a field that not so many women are a part of, but ultimately, what’s most important is the food we send out and people’s experience of it.”