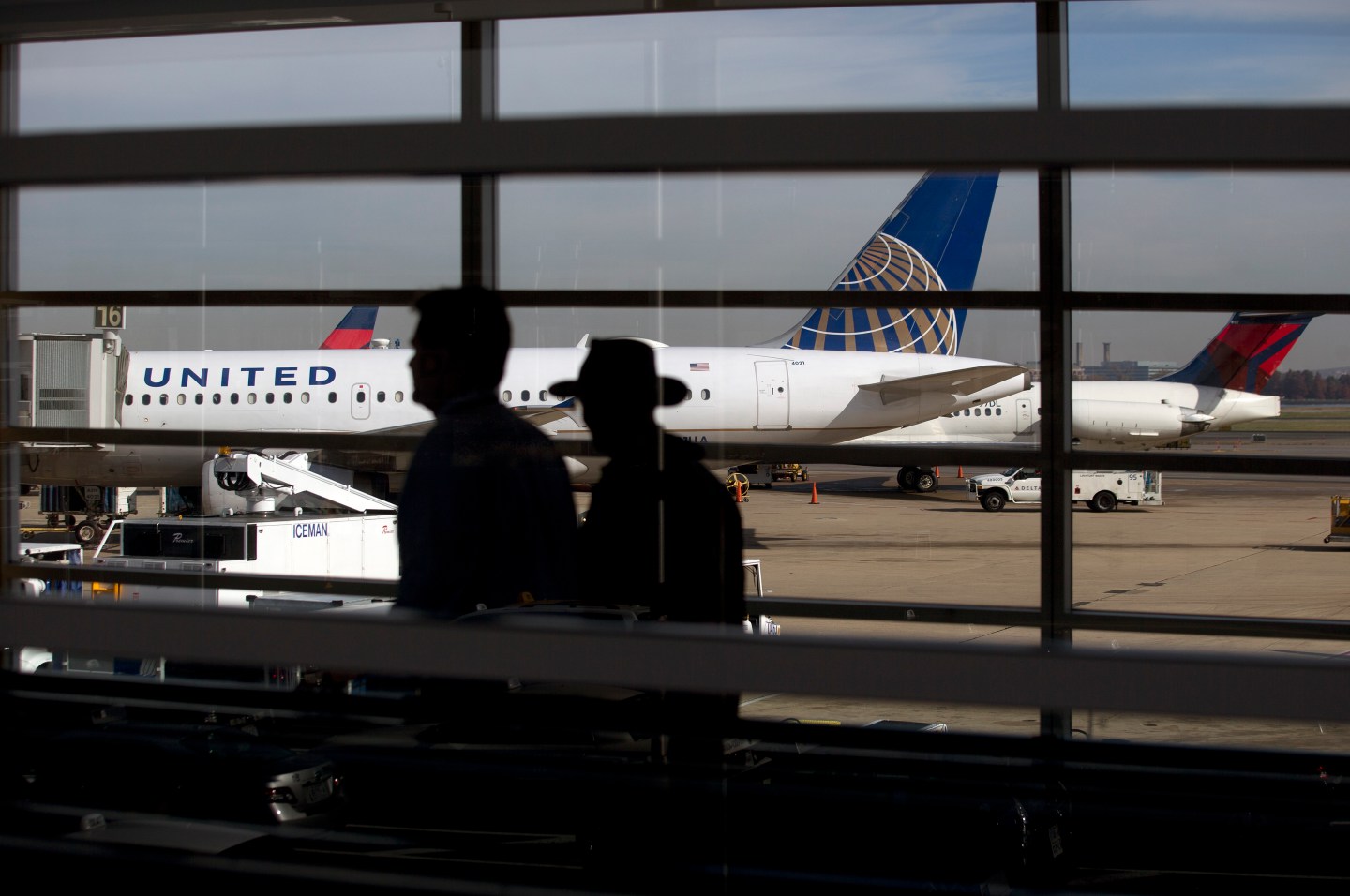 Investment group Altimeter and PAR Capital Management announced earlier this week they would push for a new slate of board members at United Airlines, headed by industry veteran and longtime Continental Airlines CEO Gordon Bethune. The announcement came just days in the wake of the news that United CEO Oscar Munoz would return to work on March 14 following recovery from a heart transplant.

Munoz only became CEO in September, and he has been in a reduced role since his heart attack in October. Nevertheless, there’s already strong evidence that he has begun to correct United’s many problems.

In that light, CNBC’s Jim Cramer called the board push “ridiculous,”while Ted Reed, writing at The Street, asked whether PAR and Altimeter were “fighting the last war.” Here at Fortune, Eleanor Bloxham characterized the fight as rooted in personal histories as much as performance.

Bethune, for his part, praised Munoz in a conversation with CNBC. Altimeter and PAR’s announcement made it crystal clear that the coalition’s target was the board—not Munoz. According to SEC filings, Altimeter and PAR, which together control 7.1% of United stock, have been working for change behind the scenes since at least late January. United (UAL) seemed to be responding to that pressure, announcing on Monday they would add airline industry veterans to the board.

But Altimeter and PAR described that response as “knee-jerk,” “last-ditch,” and “cynical” in Tuesday’s joint press release. In a concurrent letter, they described the board as “underqualified, ineffective, complacent, and entrenched.”

That sentiment is buttressed by the years of profound dysfunction following United’s merger with Continental in 2010. Some of that was headline-grabbing, including a corruption probe of Jeff Smisek, Munoz’s predecessor as CEO.

But just as pernicious was a decline in the airlines’ performance metrics, including on-time arrival of flights. By the Department of Transportation’s measures, on-time rates were close to 85% for United prior to the merger with Continental, placing it at the top end of the industry. That rate dropped to just over 78% in the years following the merger, initially attributed to temporary issues such as software integration. But on-time rates actually got worse over time, dipping to under 74% on-time by the second quarter of 2015, in part because the computer issues still weren’t solved.

For more on United’s struggles, watch:

Other persistent problems have included disgruntled unions and workers, contributing to customer service nightmares including missing toilet paper and broken guitars. A sometimes very public wave of customer dissatisfaction has contributed to underperformance on revenue, and the Continental-United merger has been widely described as a failure. Even Munoz himself acknowledged that “we haven’t lived up . . . to the promise and potential” of the merger.

Yet many of those problems exhibited major signs of change under the new CEO. On-time rates were a stunningly normal 83.96% in the fourth quarter of last year, United’s unions have praised Munoz, and customer-friendly changes have included bringing back free snacks for economy passengers and eliminating an array of irksome fees.

Altimeter and PAR’s plan doesn’t necessarily mean they’re skeptical of Munoz and those positive changes. But they’re clearly confident that United’s board will eventually manage to screw everything up again. Bethune captured that utter lack of faith when he described his own qualifications: “I do know the front end from the back end of the airplane, and that would be a novel experience for a board member of United.”

The activists and the company will have to work fast to make their cases. United’s annual meeting is expected to take place in the spring.

While he’s seemingly just caught in the crossfire, Munoz will play a huge role in defending the board. Writing to employees about Altimeter and PAR’s effort, he emphasized, “Our focus must remain on running a great airline that all of us are proud to work for and that our customers choose to fly.”

If Munoz can’t keep that focus himself, his turnaround could stall, fueling Altimeter and PAR’s skepticism into a self-fulfilling prophecy.

Update (6:26 pm): The original headline for this story was updated for clarity.