This Company Is Making Employees Carry Guns at Work 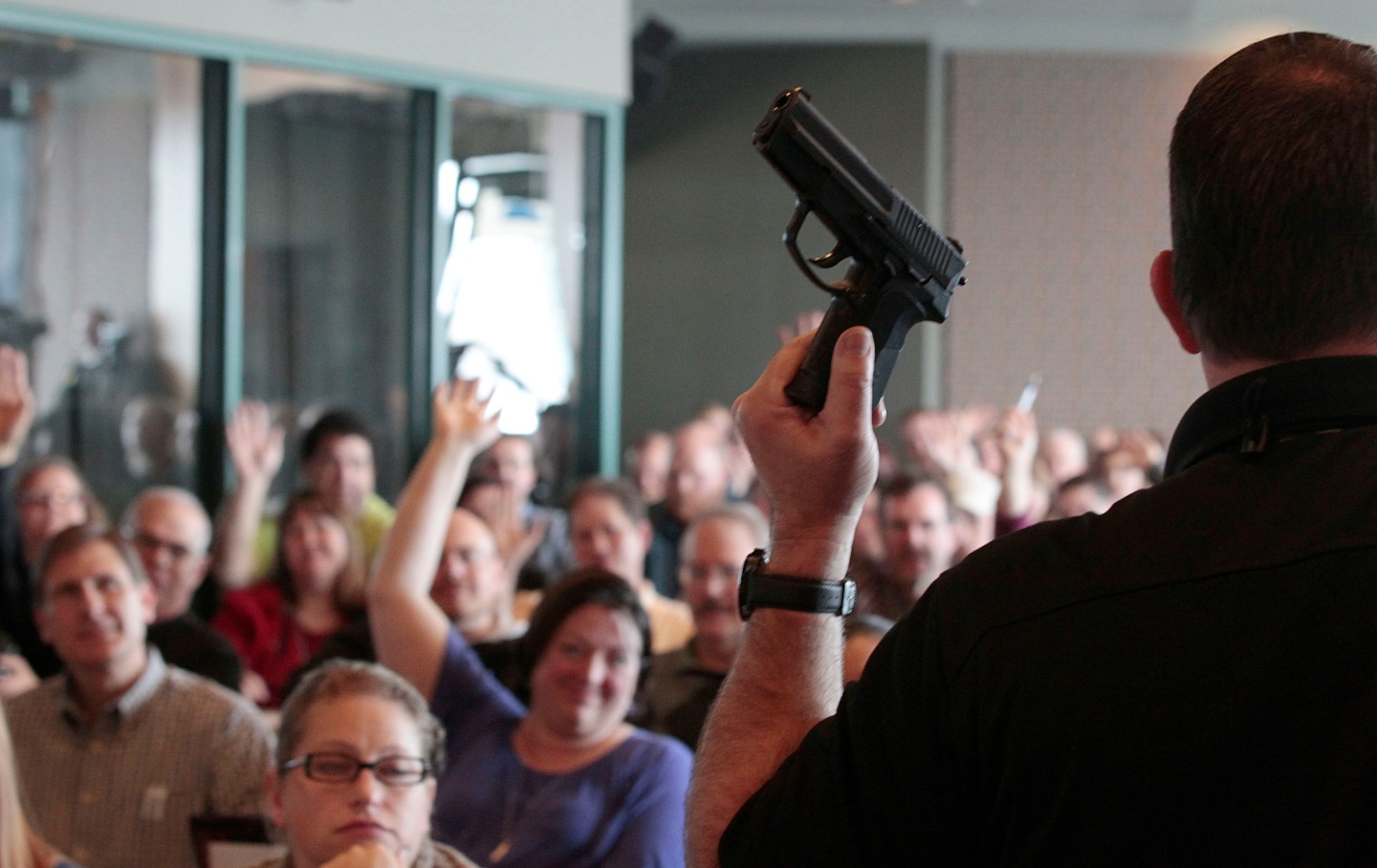 A small business in Georgia is mandating that all of its staffers bring handguns to work, according to the Associated Press.

Lance Toland Associates, an aviation insurance broker, recently began requiring each of its employees to carry revolvers at its three offices located in airports across the state. The change came after a National Rifle Association-certified employee, who had served as the firm’s “unofficial security officer,” retired. The company also mandates that workers obtain concealed-carry permits and firearm training before carrying the weapons, the AP reported.

Nearly half of U.S. states have “bring your gun to work” laws that allow employees to carry guns as far as the office parking lot and leave them in their trunks, and some states like Ohio, Texas and Alabama allow employers to permit weapons in the workplace. But allowing and requiring are two different things. Outside of law enforcement and say, security guard companies, employers can only legally force workers to carry firearms in high-risk industries, such as taxi companies or convenience stores, a labor lawyer told the AP.

Georgia, however, passed a law in 2014 called the Safe Carry Protection Act and nicknamed the “guns everywhere” law, as it expands the places people can legally carry guns to include schools, bars and even airports, as long as it’s outside TSA screening checkpoints. The aviation insurance firm’s policy, which the company says is intended to keep workers safe by allowing them to protect themselves against bad guys, would comply with those regulations. The company is further bolstered by another state law that waives an employer’s liability in criminal and civil cases involving a firearm—unless the employer pulled the trigger himself or was in on a criminal plot, according to the law firm Baker Donelson.

According to the Bureau of Labor Statistics’ most recent data, 405 people were shot and killed in the workplace in 2010, while another 500 were shot and survived.