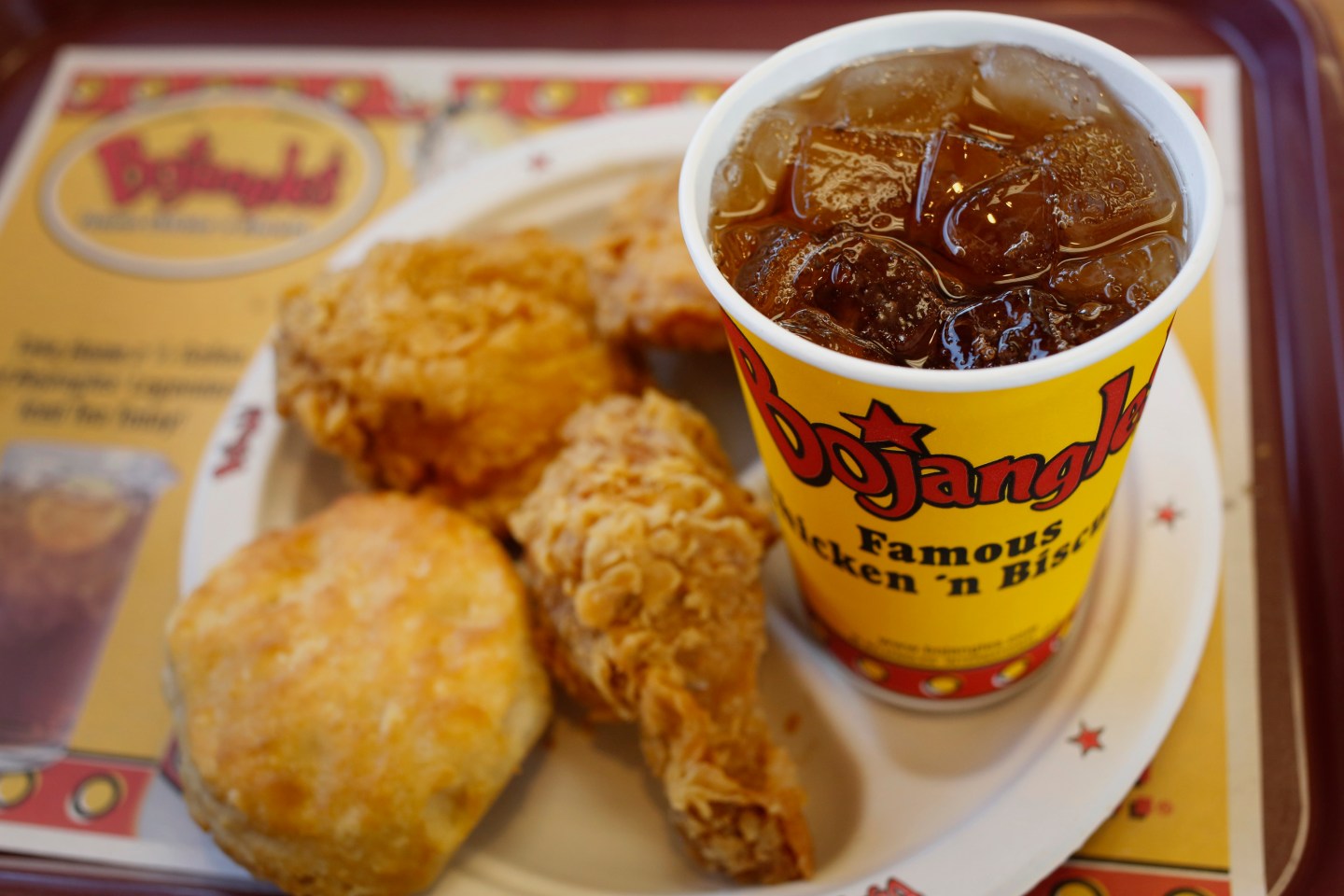 Shares of chicken ‘n biscuits chain Bojangles were sizzling Friday, rising nearly 24% after the Southern fast-food company reported its annual earnings after the market closed the day before.

Bojangles (BOJA) beat Wall Street’s earnings estimates as well as its own forecast, reporting $0.22 earnings-per-share in the fourth quarter of 2015 compared to the analysts’ consensus of $0.19.

But what really impressed investors was Bojangles’ ability to hold its ground against McDonald’s (MCD), which launched an all-day breakfast menu in October that competes with the North Carolina-based company’s “famous chicken ‘n biscuits.” While customer traffic declined overall in the fourth-quarter, the slowdown was mostly weather-related, and the restaurant chain managed to increase traffic during the period when McDonald’s rolled out its new menu, which was “notable,” analysts at William Blair wrote in a research note.

So far this year, Bojangles said that diners are increasingly flocking to its chicken stores, with customer traffic “rebounding to positive territory” after recent declines, the William Blair analysts wrote. While Bojangles was able to lure diners in part because it offered new promotions to compete with McDonald’s and other rivals’ discounts, which ate into its margins, it has lightened up on the markdowns since January, the company said on a call with analysts.

Meanwhile, another chicken chain El Pollo Loco (LOCO), which reported earnings at the same time as its competitor Bojangles, got fried in the market Friday, with its shares falling nearly 10%. While the company’s earnings beat Wall Street’s expectations slightly, investors had a hard time digesting the Mexican restaurant’s outlook for 2016, which forecasts near-flat growth in same-store sales.