ECB Interest Rates and Trudeau in D.C.—5 Things to Know for the Day Ahead 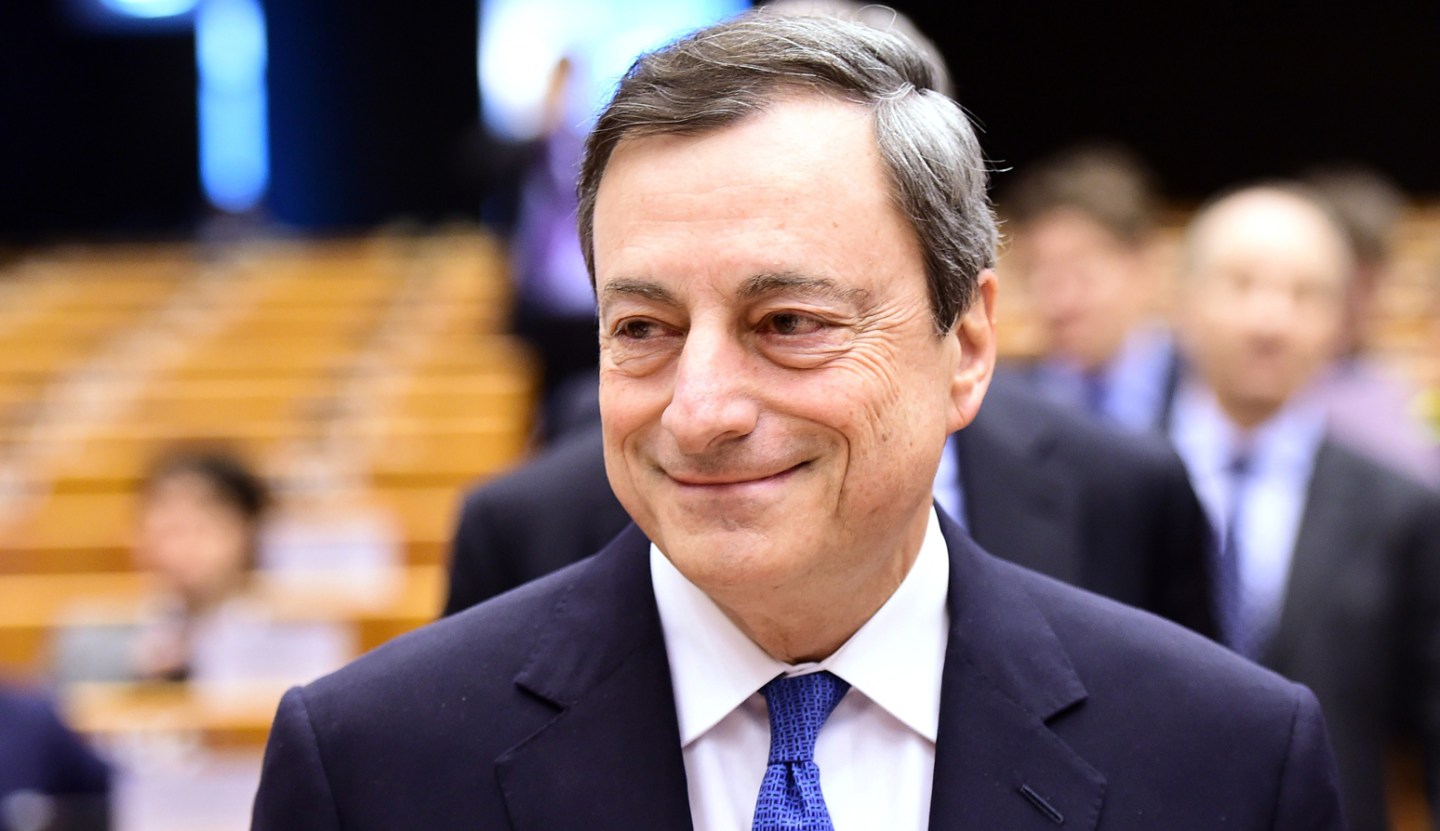 Wall Street stock futures are higher but markets are generally quiet ahead of the European Central Bank’s governing council meeting (more below). Crude oil futures are close to three-months highs after reports overnight that Saudi Arabia is looking to borrow up to $8 billion to plug a hole in its public finances caused by low oil prices. The report suggests Saudi will be more willing to rein in production to raise prices in future. The dollar is flat at $1.0974 to the euro.

Today’s must-read story is from Fortune‘s Michal Lev-Ram and it looks at how data-analysis startup Palantir Technologies has expanded beyond its antiterrorism roots to hook up with corporate and humanitarian clients.

The European Central Bank meets today to make a decision on the region’s interest rates, with ECB President Mario Draghi likely to announce a further drop into negative territory as the central bank looks to stimulate the European economy. Analysts and investors have shown concern over how negative interest rates could negatively affect Euro area banks and International Monetary Fund head Christine Lagarde also recently cautioned against implementing negative rates as a means of spurring economic growth. Still, the ECB is expected to make some moderate negative adjustments to rates while also vowing to take more drastic steps should the region’s economy not improve.

The United States and Canada have agreed joint steps to fight climate change, including cutting methane emissions from the oil and gas industry and signing the Paris climate deal “as soon as feasible,” the White House said. The agreement comes ahead of an Oval Office meeting between Canadian Prime Minister Justin Trudeau and President Barack Obama at the White House. The countries committed to cutting emissions of methane, a powerful greenhouse gas, by 40 to 45 percent below 2012 levels by 2025, to take steps to fight climate change in the Arctic, and to speed development of green technologies, it added.

Discount retailer Dollar General (DG) is expected to report that its fourth-quarter sales dipped from the previous quarter amid a cutback in spending among the company’s lower-income customers. Dollar General previously cut its full-year sales outlook at the end of 2015 after sales slowed in the third quarter and rival retailers also saw a drop-off in sales due to the strong U.S. dollar and falling food prices.

United Technologies (UTX) holds its annual investor conference today, which comes a little over a week after rival aircraft pars manufacturer Honeywell International (HON) dropped its $90 billion bid to buy United Technologies. Investors will be interested in hearing what happened with that failed deal as well as some updates on United Technologies’ ongoing $1.5 billion overhaul of its operations, as the company looks to cut costs.

The Labor Department is expected to report that the number of Americans who filed new applications for unemployment benefits dropped last week. Weekly jobless claims likely fell by 3,000 last week, to 275,000, from the previous week.