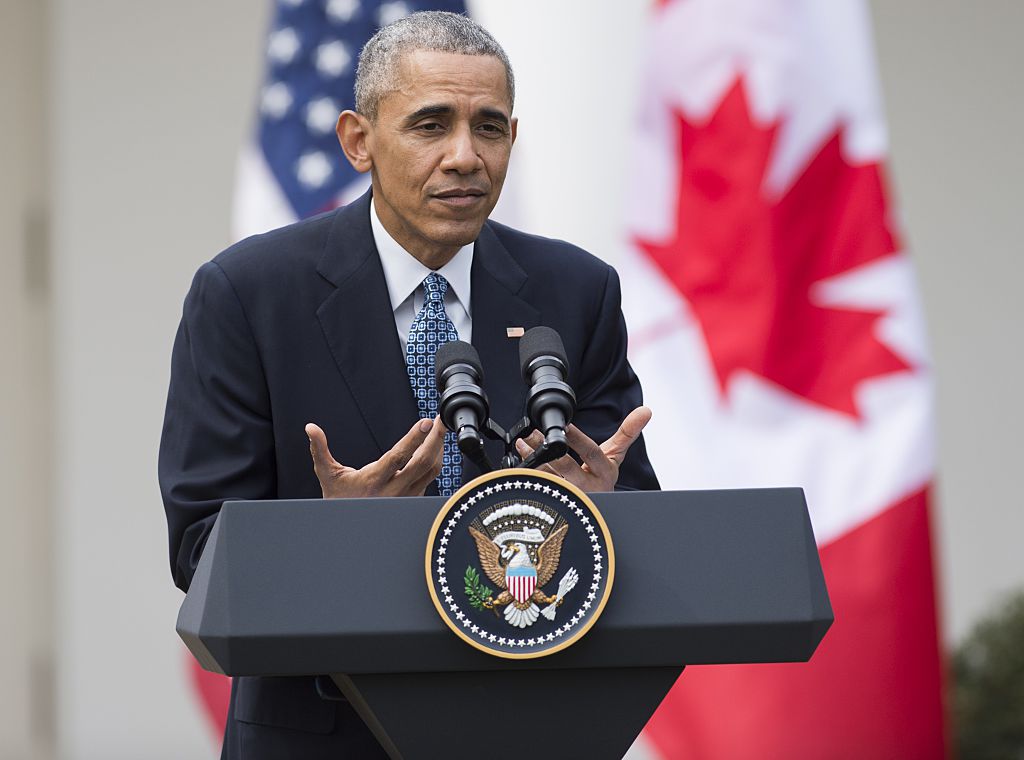 President Obama said GOP rhetoric is to blame for the rise of presidential candidates such as Donald Trump.

“Objectively, it’s fair to say that the Republican political elites, and many of the information outlets — social media and news outlets, talk radio, television stations — have been feeding the Republican base for the last seven years a notion that everything I do is to be opposed, that cooperation or compromise somehow is a betrayal, that maximalist, absolutist positions on issues are politically advantageous,” Obama told reporters Thursday at the White House.

“There are thoughtful conservatives who are troubled by this, who are troubled by the direction of their party,” Obama said. “I think it’s very important for them to reflect on what it is about the politics they’ve engaged in that allows the circus we’ve been seeing to transpire, and to do some introspection because ultimately I want an effective Republican Party.”

Obama also criticized presidential candidates Sen. Ted Cruz (R-Texas) and Sen. Marco Rubio (R-Fla.) for their positions on immigration, saying the platforms are similar to those of Trump, the party’s frontrunner.

“Mr. Trump might just be more provocative in terms of how he says it, but the actual positions aren’t that different,” Obama said, “despite the fact that both Mr. Cruz and Mr. Rubio — their own families are the products of immigration.”