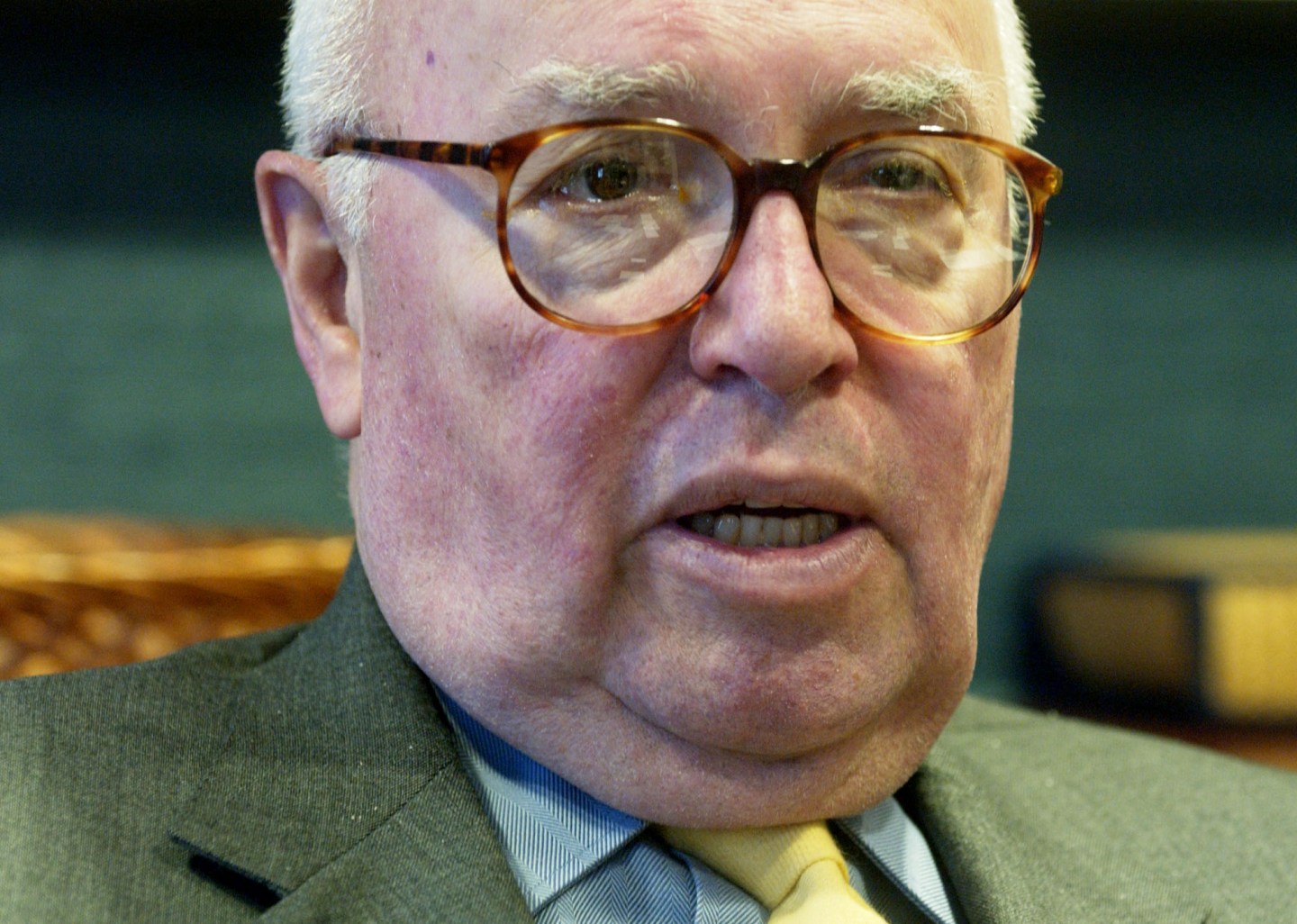 No tears. In the opening scene of Liar’s Poker, Michael Lewis’ legendary Wall Street romp, John Gutfreund challenges one of his top traders, John Meriwether, to a million-dollar hand of the book’s title game. Meriwether was by far the best liar’s poker player at Salomon Brothers, the firm Gutfreund ran as chairman for much of the 1990s.

The game never happened. Meriwether turned Gutfreund down, which is likely what Gutfreund, who had been labeled the King of Wall Street by BusinessWeek, was aiming for. He didn’t want to play the game. Gutfreund rarely did, and wasn’t known to be great at it. But he wanted to prove to Salomon’s rank and file, who revered Meriwether, which of the two was in charge. Gutfreund’s winning bet was that he knew exactly how much he had to potentially risk to do it.

According to Lewis, Gutfreund whispered to Meriwether, “One hand. One million. No tears.”

John Gutfreund passed away on Wednesday. He was 86. I interviewed him a few times. In the early 2000s, Gutfreund finally returned to the game—that is, Wall Street—after being summarily pushed out of Salomon because of a trading scandal. Gutfreund settled charges with the Securities and Exchange Commission (though few thought he was directly involved in the scandal), and he was banned from running a Wall Street firm again.

Below are three of the articles Fortune wrote about Gutfreund, and one from our sister publication People. They chronicle his rise and fall, which mirrored the rise and fall of Salomon and bond traders in general in the 1980s and early 1990s. (Gutfreund was likely one of the people Tom Wolfe had in mind when he coined the phrase, “Master of the Universe.”) Gutfreund was a polarizing figure, with plenty of supporters and enemies, who rose, nonetheless, to the top job at what was then the Street’s top firm. Gutfreund also played a role in creating the modern universe of financial collosi, overseeing Salomon’s transition from a private partnership run by traders to a publicly owned company. Gutfreund’s ouster signaled the end of that old system, which was dominated by boutique firms run and owned by traders and investment bankers, to the publicly traded megabanks like Citigroup, run by empire builders, that would take over Salomon and Wall Street in general in the next decade.

The Man Who Seized the Throne at Phibro-Salomon

This article from 1984 chronicles the rise of Gutfreund. It describes him as having an unlikely background to become the head of Wall Street’s toughest firm. His father was the head of a trucking company. He was rejected by Harvard University, and his activities in college included acting and glee club. Nonetheless, he was able to win the loyalty of some of the toughest traders on Wall Street, some of whom did actually like him. According to one trader in the story, “John Gutfreund carries a big whip, seeks power, and doesn’t care who he hurts.” Read the entire article here.

Behind the Salomon Brothers Buyout

This 1981 story tells how Salomon Brothers merged with Phibro to become a publicly traded firm. Wall Street had long been dominated by private partnerships, and Salomon was one of the first of those players to go public. Gutfreund championed the merger and the article examines how he pushed the deal that made him and other Salomon partners very rich. Read the entire article here.

Perhaps Gutfreund’s best move for Salomon was to bring in Warren Buffett, who would later save the firm when it was engulfed in scandal, even though the move led to Gutfreund’s eventual undoing. This story from 1997 details the relationship between Gutfreund and Buffett and how the two managed through Salomon’s toughest hour, which ended with Buffett in charge and Gutfreund out the door. Read the entire article here.

In 1991, People covered Gutfreund and his wife Susan, a former stewardess, and their prominence as part of New York’s money-infused social scene. “What most bothered the Ladies Who Lunch and delighted the gossip columnists,” the article noted, “was Susan’s unabashed attempt to buy her way into their ranks.” Read the entire article here.