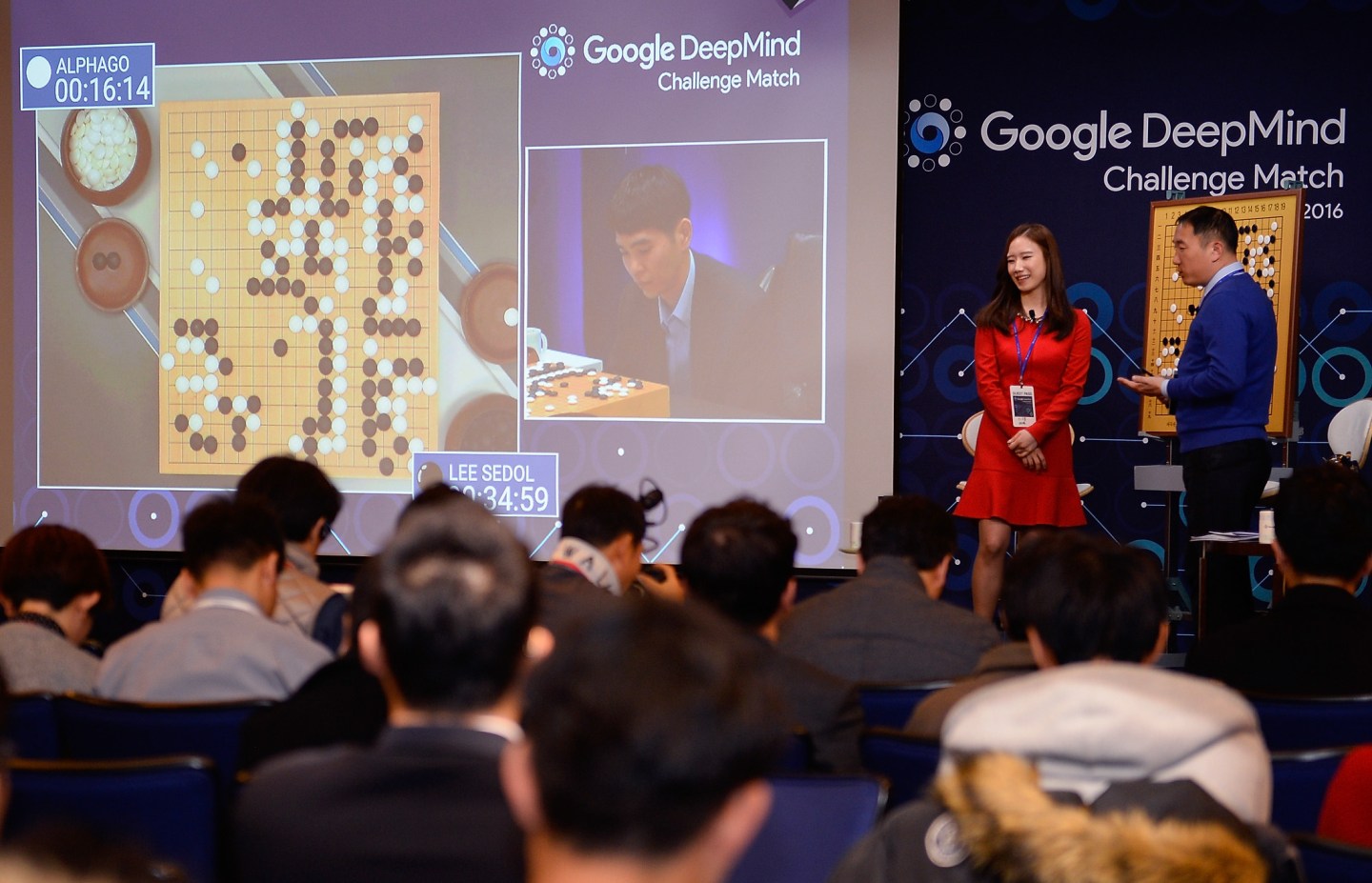 Chalk one up for the machine.

Go is an ancient Chinese board game that is seen as more difficult than chess for a computer to master because of the sheer number of options open at each step. Go is played on a 19-by-19 grid while a chess board is 8-by-8.

This win is not unprecedented. AlphaGo defeated European champion Fan Hui 5-0 in Europe in January

That win, along with the victory of IBM’s (IBM) Deep Blue computer over chess grandmaster Gary Kasparov in 1997, show the scope of artificial intelligence, or machine learning. This technology enables computers to learn by ingesting a ton of information and from their own experience.

It’s not all fun and games. Smarter computers, capable of adjusting on the fly, will also find application in logistics and other business scenarios.

You can watch the whole Go game plus preliminaries in this video:

The prospect of “thinking” machines, excites many people, but sparks anxieties in others—you can insert your joke about welcoming our robot overlords here.

Eric Schmidt, chairman of Google parent company Alphabet, tried to take the edge off, noting before the first Seoul game: “The winner here, no matter what happens, is humanity.”