The Google of China Says Robots Will Take Your Job 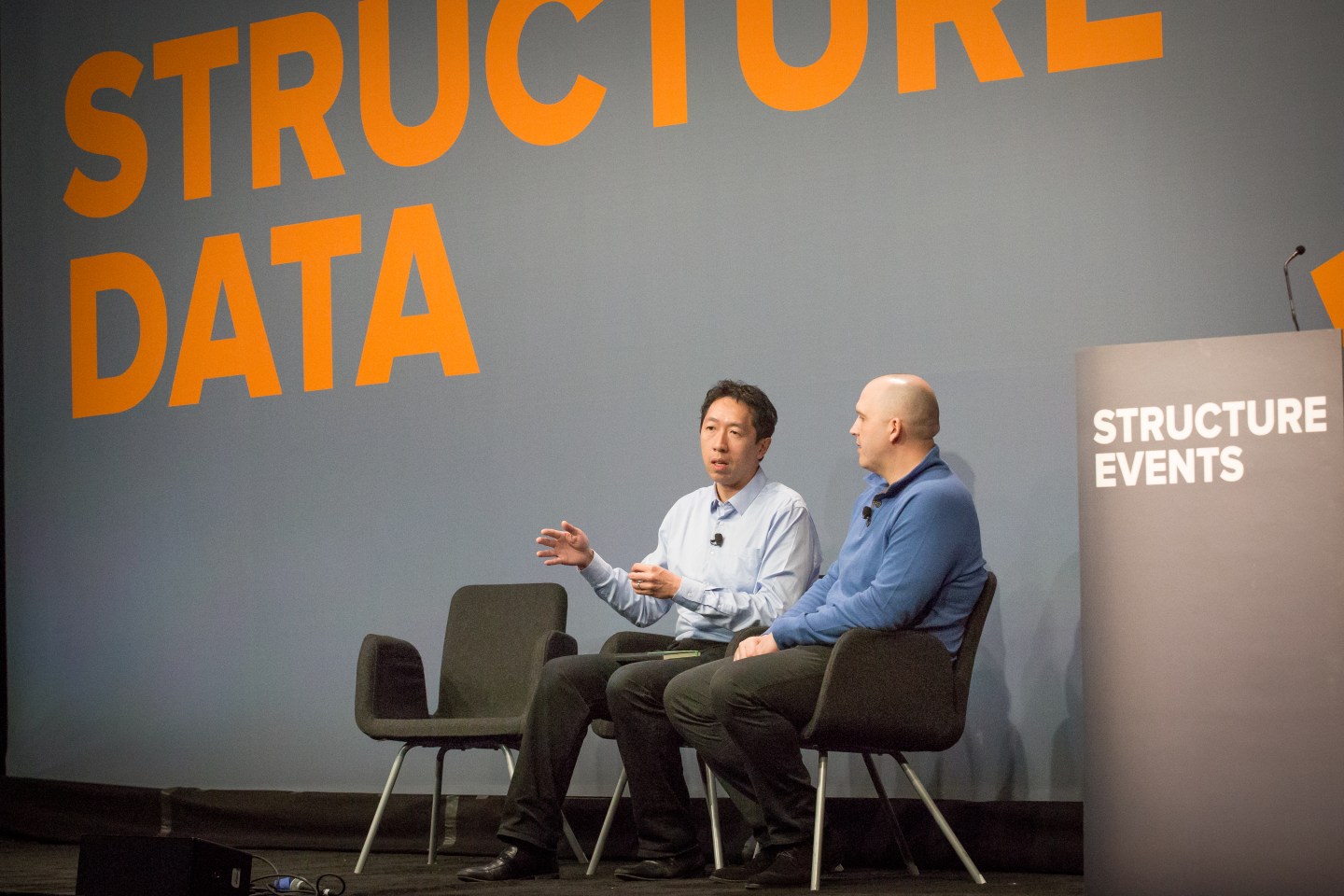 Speaking at the Structure Data conference in San Francisco on Wednesday, Ng said, “Worrying about killer robots today is like worrying about overpopulation on Mars.”

While he admits some day it’s possible that robots might be intelligent enough for us to worry about them killing people, they aren’t even close to capable today. “I don’t object to people starting committees to study this, but I don’t want to be on it,” he said.

Instead, Ng is thinking about the short-term effect of greater access to deep learning, which is currently being applied to things such as identifying images, understanding speech, and improving things like web search or advertisement engagement. Ng also anticipates the advantages of deep learning to make their way into areas like farming, reading medical images and other industries where the use of AI and robots will replace jobs.

“It will replace jobs in the next couple of years,” Ng predicted. He added that we have seen the impact of technology replacing jobs throughout history, and he anticipates a painful middle area where people will need to be retrained. To mitigate this rapid fire shift in jobs, Ng suggested implementing some type of basic income in which the government pays a living wage to people.

“However, I’m not sure the U.S. is ready for a basic income, so something like paying people to study, might work better,” Ng explained in an interview after his talk.

Despite the potential for job losses, Ng is optimistic about the overall changes to society that will come from investing in artificial intelligence. From the hope of safer roads thanks to self-driving cars to real-time translations, the impacts of AI will be felt everywhere.

Even Google (GOOG) is turning to deep learning to improve its own search results. Ng reflected these sorts of changes are only near-term benefits driven by supervised learning in which the computer is given an item and must make a prediction. For example, showing the computer an image and having it identify the objects or people depicted. Another instance could be presenting the computer with an email and having the system decide if it’s spam or not.

Those supervised learning advances are being applied today, but research into other types of learning, such as the types of artificial intelligence that led to Google’s algorithms beating Go on Tuesday night, are coming. Those should be even more powerful.

But in order to take advantage of them, we will have to build new infrastructures first. Some sort of safety net for displaced jobs is part of the equation, but other priorities such as rethinking transportation infrastructure to account for self-driving cars is another.

Yes, building that type of high-tech infrastructure into a roads, signage, and traffic cops is a big task. But the Department of Transportation is already mulling over standards to implement, such as vehicle-to-vehicle and vehicle-to-infrastructure communication. Forcing a self-driving car to interact with humans in the same way human drivers interact with humans would be impractical. But building an infrastructure where both AI and humans can work together is what Ng hopes can happen.

It’s no surprise he doesn’t have time to worry about killer robots.