UN Women Director: If You Only Do One Thing for Women, At Least Pay Them As Much as Men 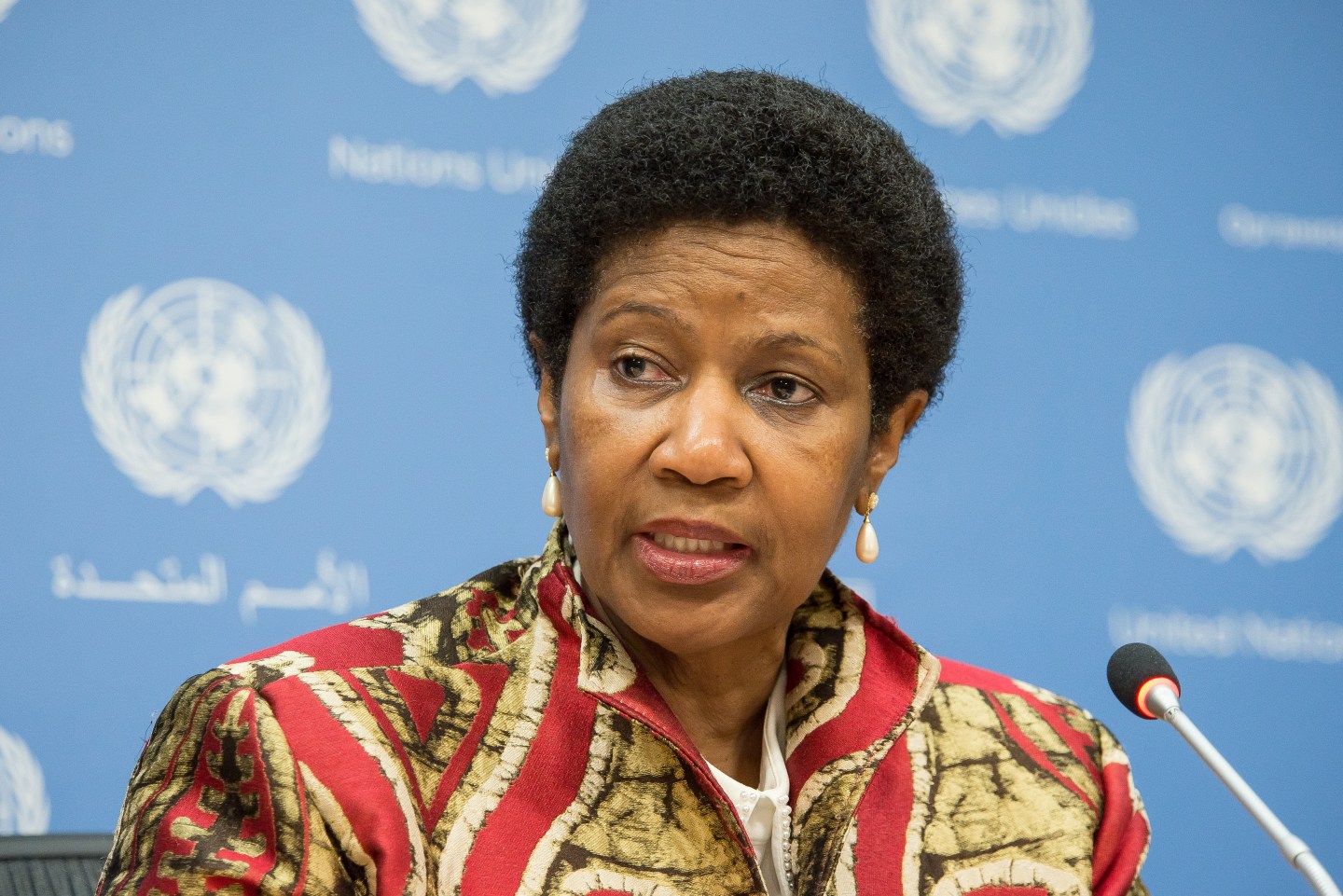 Every year on March 8th, countries around the world celebrate International Women’s Day. For many, it’s a day for action, a day to call attention to the injustices that women around the world still face. Phumzile Mlambo-Ngcuka is in that group—not surprising, given that she is the under-secretary-general of the United Nations and executive director of UN Women. Fortune took the opportunity to chat with Mlambo-Ngcuka about the significance of the day, the UN’s goals for women around the world, and what both businesses and individuals can do to make an impact.

Fortune: What is the purpose of International Women’s Day, in your view?

Mlambo-Ngcuka: It’s a celebration of the work that has been done by women. It’s celebrating activists, saying thank you to the women who continue to work. But it’s also an opportunity to reach out to new people, and tell them about what is going on and ask them to take action, whether it’s on equal pay or violence against women…It’s about calling everybody together to do something. It’s an opportunity for people to to learn more about what they can do.

Fortune: So what can people do?

Mlambo-Ngcuka: We want everyone to find out in their workplace if people are getting paid equally. Then you force a conversation to happen within and amongst the colleagues. We are asking people who are parents to have the conversation about the issue of violence. Talk to girls about not accepting anyone who is violent towards them. We recognize that it’s such a complex problem..it’s not overkill to have this conversation with young people.

What about businesses? What should employers be doing to further gender equality?

Mlambo-Ngcuka: People go to work because they want to earn a salary. If you don’t do anything else, pay women the same amount as their male counterparts. Make it possible for women to rise up in the company, reach senior management and make sure that there’s a strategy for that to happen.

Any companies stand out in terms of advancing women’s causes?

Mlambo-Ngcuka: There are so many that it’s hard to choose, but one that comes to mind is The Guardian, which is running a campaign to end female genital mutilation. They’re working in different countries where the practice is prevalent and [the campaign] is really, I think, impactful and with a potential to save a lot of lives and save girls a lot of pain.

How does the UN keep its focus on gender equality, which is just one of the 17 Sustainable Development Goals (SDGs) that the organization wants to reach by 2030?

Mlambo-Ngcuka: The first thing to know is that the work on gender equality isn’t confined to UN Women—it cuts across all the institutions of the UN because of how the SDGs were set up. Women and girls are at the center of it all, they are a key part of a part of fighting poverty and improving education [two of the SDGs].

The second thing to know is that we are pushing for time frames. We are looking for critical and tangible milestones that are leading us to 2030; we don’t want our children and grandchildren to be talking about the same things. It’s not about being aware of things, it’s about ending certain practices, like child marriages. It’s about parity: By 2030, 50% of the workplace should be women.

The last thing is that we are mobilizing everybody, beyond women as a constituency. We want men and boys to be on board and to take their role and responsibility. And we want to highlight some of the critical intersectionalities: Wealth, disability, race, sexual orientation, all of these issues. It’s about leaving no one behind.

Learn more about the UN’s Sustainable Development Goals from the video below, courtesy of No Ceilings & Fathom Information Design.