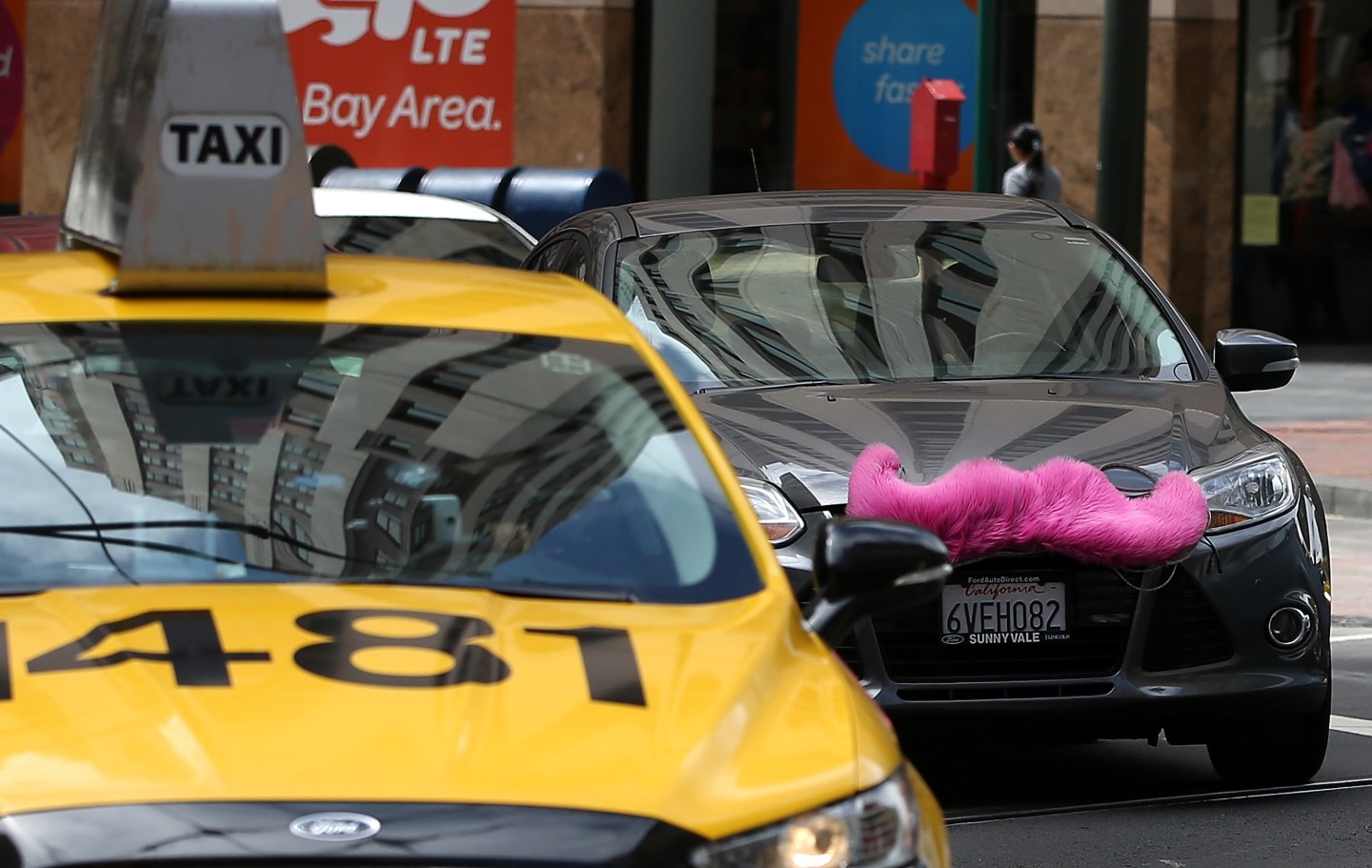 Uber may have had a three-year head start in New York, but its smaller rival Lyft is catching up fast in the city that has become the epicenter of the ride-hailing apps’ war for dominance.

Last month, on-demand car service Lyft gave six times as many rides in its signature pink mustache-adorned vehicles New York as it did in May of 2015, a spokesperson for the company told Fortune. Lyft drivers serving the city have also quadrupled in that timeframe, the spokesperson said, confirming figures that were first reported by Re/code.

Lyft only launched in New York in July 2014, more than three years after Uber officially entered that market in 2011. Since last May, Lyft has halved its average wait time for a ride in New York from six minutes to three minutes, the spokesperson added by way of explaining the 500% ridership growth. Both Lyft and Uber have also been aggressively slashing their prices in New York and other cities as they compete with each other to win customers.

The extent to which Lyft has been able to lure riders away from Uber, however, remains unclear. While Lyft currently claims a 40% share of the market in both San Francisco and Austin, it likely still commands less of the New York market, though the company’s spokesperson declined to give a percentage. A study published in January by New York City Mayor Bill de Blasio’s office noted that Uber’s share of the for-hire vehicle market “has risen sharply,” as yellow taxis have lost passengers, though it’s possible Lyft is partially responsible for that decline as well.

Yesterday, Lyft also announced that it would allow people to order rides via Facebook Messenger in all three cities as well as eight others. New York’s legendary activist investor Carl Icahn also owns a sizable stake in Lyft, a relationship that the company hoped would help it make connections on the East Coast, especially on Wall Street.