CEOs: The Revolution Is Coming 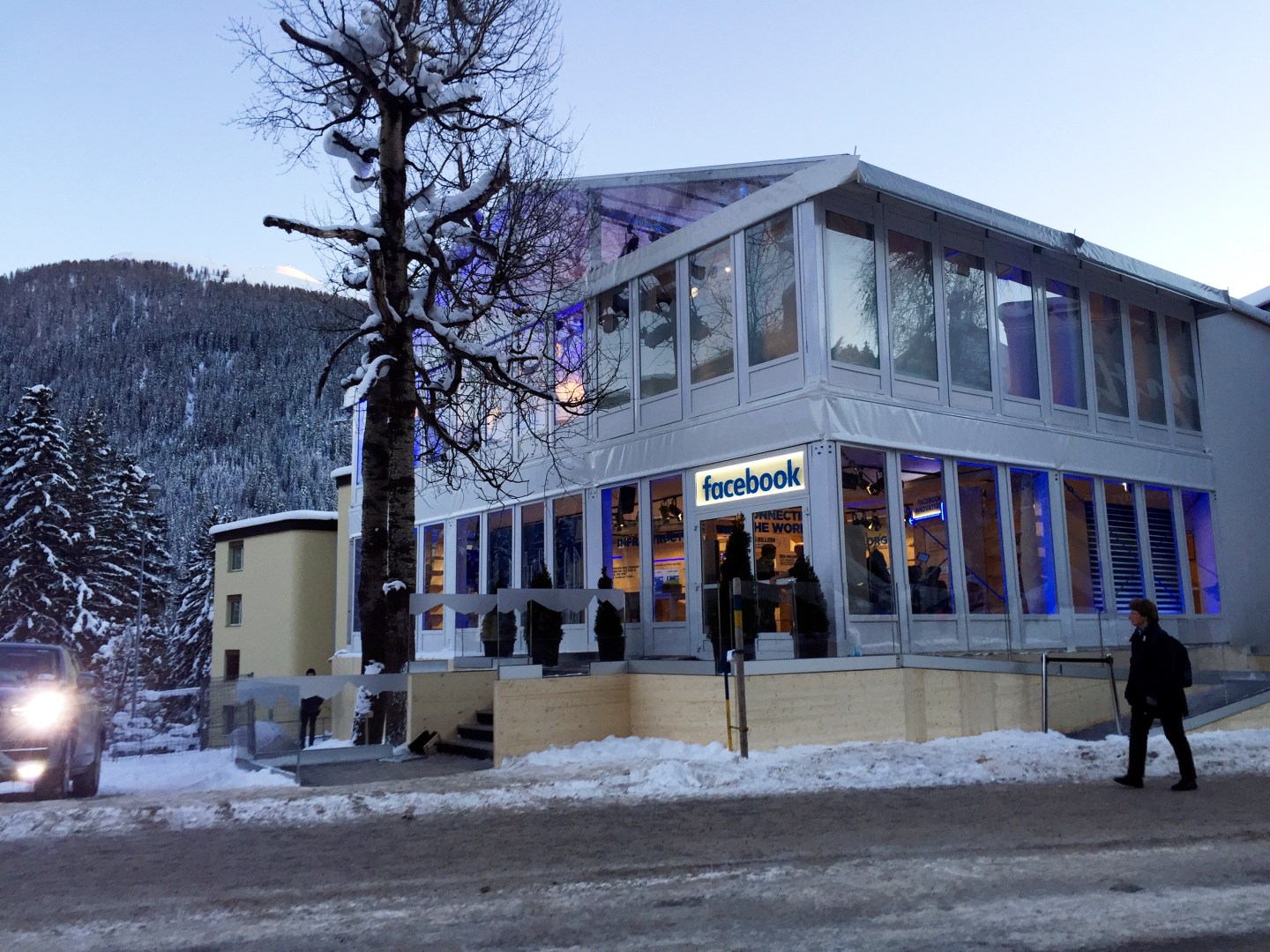 Photograph by Stephen Gandel for Fortune

But this January the Promenade was transformed. The stores were emptied, their signage scraped off windows, and they were turned into high-tech “networking hubs,” plastered with ads for companies like Salesforce (CRM), Flex, Infosys (INFY), Accenture (ACN), and more. Palantir and Facebook (FB) built entirely new buildings for the occasion.

The reason? More than ever before, the annual meeting of the World Economic Forum has become a place to do business. The forum’s goal is to “improve the state of the world.” But the CEOs who arrive here en masse do so in large part because it’s an efficient way to meet with colleagues. The pop-up stores along the Promenade broadcast the opportunity. There is big money at stake.

With so many CEOs crammed into so little space, the Davos gathering offers an unrivaled opportunity to check in on the zeitgeist of the global business elite. Here are our three takeaways:

1. We’re entering a new Industrial Revolution. Klaus Schwab, founder and orchestrator of the forum, calls it the “fourth” Industrial Revolution—after steam power, electricity, and computers defined the first three, the next will be shaped by sensors and artificial intelligence. Some quibble with the designation, but all agree that mobile computing, the proliferation of inexpensive sensors collecting terabytes of data, and the rise of machine learning that can use that data will fundamentally change the way the global economy is organized.

2. The revolution will expand global opportunities but increase inequality within societies. The Facebook building was filled with displays of the company’s ambitious plans to connect the world’s unconnected. Elsewhere, groups assembled to talk about using new technologies to bank the unbanked, educate the uneducated, and help those without health care. But most also acknowledged that digital technologies have a tendency to create winner-take-most dynamics that widen the gulf between champs and also-rans.

3. The revolution is changing the nature of leadership.
At a private dinner hosted by Fortune, a group of 30 execs (together employing 3 million) agreed that the revolution requires business leaders to deliver not just profits but purpose, to engage employees and customers.

A version of this article appears in the March 1, 2016 issue of Fortune with the headline “Oracles of Davos.”