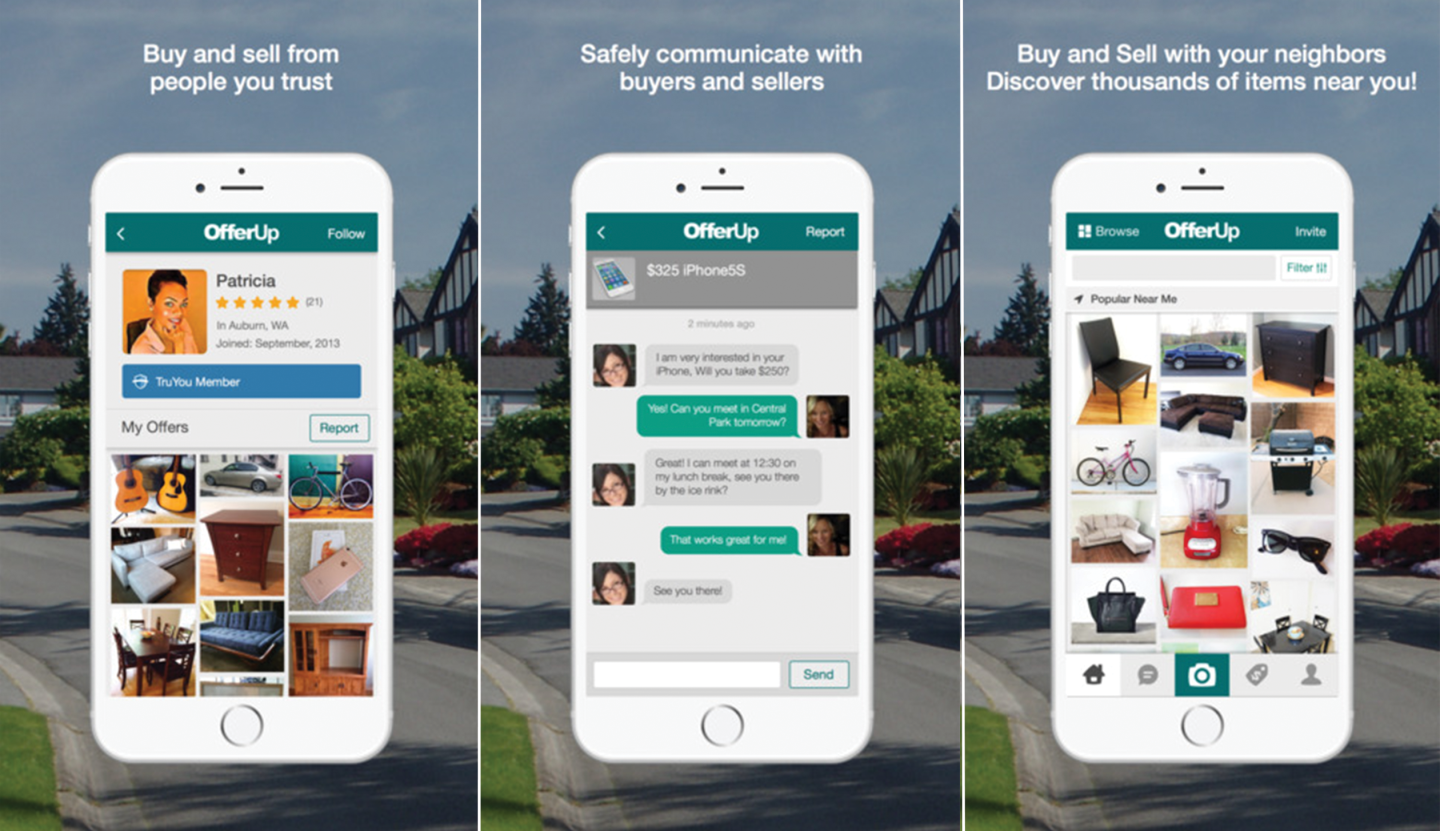 In a sign of the current fundraising market for tech startups, venture capital firm Andreessen Horowitz gets nervous about companies that have seen growth but haven’t yet implemented business model, according to one of the firm’s partners Jeff Jordan.

“The market-at-large has gone from growth at all costs to smart growth,” Jordan tells Fortune. Amid this latest crop of companies that are growing—but not making money—is a mobile Craigslist competitor, OfferUp.

Jordan, who was previously the president of PayPal and OpenTable, argues OfferUp stands out because it has “smart growth,” and the path to making money could be paved with gold.

Seattle-based OfferUp is a Craigslist-like mobile app that lets you buy used products from people near you. Founded in 2011, OfferUp’s premise is simple. Sellers take a photo of a used couch, lamp, or dress, add a location, and post it for others who have the app to see. Buyers can search for items close to where they are, or filter by price, and message sellers to meet in person. Buyers pay with cash when they pick up the item.

On Tuesday, OfferUp’s CEO and co-founder Nick Huzar boasted the business has seen more than 14 million downloads of its app over the last 12 months, bringing the total amount of downloads to 18 million. OfferUp, which doesn’t yet make any money from its transactions, also asserted it is on track to sell more than $14 billion in sales volume within the United States this year.

To put that figure into perspective, eBay North America did $15 billion in transaction volume in 2003, more than eight years after its marketplace launched. OfferUp has taken reportedly up to five years to get to that amount, albeit nearly ten years later and in a different world of mobile technology.

To date, OfferUp has raised $90 million in funding with the most recent round of $73 million coming in March. T. Rowe Price led the round, with participation from Andreessen Horowitz, Coatue Management, Tiger Global Management, Vy Capital, High Line Venture Partners, and Allen & Company.

According to the Wall Street Journal, OfferUp’s last valuation was around $800 million.

Despite OfferUp’s growth, the app has yet to make any revenue. This differs from Craigslist, which charges between $25 and $75 to post job listings in a handful of U.S. cities.

OfferUp has had a slower path to its rapid growth than many buzzier Silicon Valley startups. Many have tried to unseat Craigslist, but few startups have actually been able to when it comes to being a marketplace for everything from furniture to even cars. Huzar says that his startup isn’t trying to take down Craigslist, but rather offer an alternative to people who wouldn’t necessarily use Craigslist because of trust issues.

Central to OfferUp’s experience is making sure that the marketplace filters out scammers and frauds, an issue that Craigslist has faced for years. OfferUp’s intelligent algorithms were designed to look for signals that might indicate a listing is fraudulent or a scam, such as asking for a phone number or a money gram as payment.

Artificial intelligence is a big investment for OfferUp, posits Huzar. “There is way too much chatter on OfferUp for humans to look at,” he remarks.

Besides keeping up with growth, the next objective will be making money. “We are working on how to create a monetization solution that enhances the marketplace and benefits users,” Huzar promises.

Jordan isn’t too worried that OfferUp isn’t making any money. “There are billions of dollars running through the marketplace, so there are plenty of ways that company could make money, whether that be a listing fee or ads,” he says. Jordan reiterated that social pinning site Pinterest just started monetizing in the past year, insinuating that OfferUp creating a business model at a later stage isn’t necessarily a rare occurrence.

What is rare, he counters, is a company that has grown as fast with little marketing spend and a strong potential for revenue. “We lunged at the deal,” Jordan said.