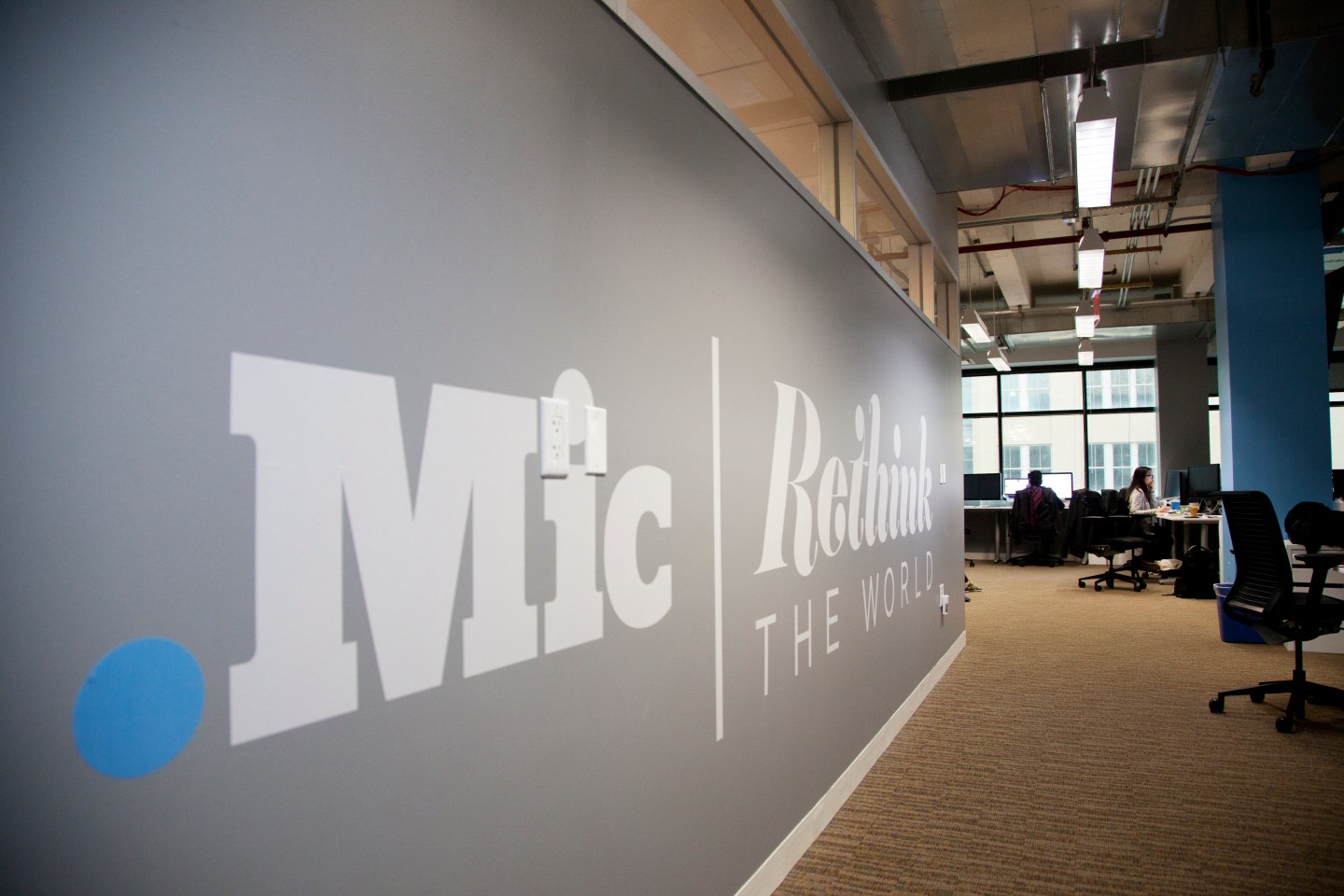 Courtesy of Jake Fromm and Mic

One of the paradoxical things about the online media business is that it’s never been easier to measure what people are doing online—what they are clicking on, how long they spend, where they come from, and so on. But at the same time, it has never been harder to figure out how (or even if) any of that actually translates into things that matter to media companies.

Mic is trying to help answer those questions. Founded in 2011 by Chris Altchek and Jake Horowitz under the former moniker PolicyMic, the site is one of a number of rapidly growing, online-only media startups. Its market value has been estimated at more than $100 million.

The New York-based business is hard at work on a new reader engagement metric that it calls, “Impact.” In a nutshell, Mic is trying to connect the dots between reader behavior and the actual fundamental value it is providing to its audience.

At the moment, the online media industry is trapped somewhere between the past and the future when it comes to measurement. Many sites continue to focus on metrics such as page views, clicks, and unique visitors. They do so in part because they are relatively easy to track and many advertisers still think about success and reach in terms of those figures.

Cory Haik, who recently joined Mic as chief strategy officer after working in a similar capacity at the Washington Post, says a big part of what she and Mic’s director of growth and editorial products, Marcus Moretti, are working on is an attempt to marry traditional measurements of reader activity with newer ways of determining if readers are getting long-term value from what the site is providing. Impact consists of the combination of those two things as a new kind of all-in-one metric.

“Numbers matter to everybody in the media industry, but the question is what do those numbers ultimately mean,” Haik says. “You can look at unique visitors and page views and other things that are a mile wide and an inch deep, as Evan Williams put it in a post on Medium a while back. Those are the things the industry typically looks at. But what does that mean at the end of the day?”

Mic looks at its business as a combination of reach and trust, Haik says. There are a number of ways of measuring reach, whether it’s clicks or shares. But how does one measure trust?

For a company like Mic that is trying to build a new media brand in a hyper-competitive market, that’s an important question to answer, Haik admits.

One way to measure trust is relatively old fashioned: a reader survey. So Mic is rolling out reader-response surveys on some of its stories, which give users a sliding scale of worthiness they can choose from to express whether a post was deemed time-worthy or not.

The next piece of the puzzle, Haik explains, is to track and see if the actual quantitative behavior of readers—clicking, sharing, time spent, and other metrics—match up with the surveys.

A number of third-party measurement companies such as Chartbeat have been trying for some time to come up with new ways of tracking actual engagement on the part of readers. Chartbeat’s recently departed CEO Tony Haile was one of those who pushed for the use of “time spent” as a better metric than clicks or page views, and some partners such as the Financial Times have even been successful in getting advertisers to agree to pay for campaigns based in part on time spent.

Haik and Moretti say Mic is also tracking time spent on a page along with other metrics such as repeat visitors, scroll depth (how far a reader gets into a story before they click away), and the number of times content is copied and pasted into a post, tweet, or email. Mic is touted to track as many metrics across other platforms as possible, such as Facebook shares, Twitter tweets, and so on.

Part of Mic’s new Impact standard involves putting a unique identifier of its own on every URL, so that when the story is shared anywhere on another platform or site, it can track where and when. This is important during the age of what some call “dark social,” Moretti says, in which links are shared via email and chat applications but don’t show up on standard analytics dashboards.

“One of the ways we want to use Impact is in the newsroom,” Haik says. “We’ve all heard lots of talk over the years about the fear that analytics will drive the types of stories you do in a bad way. But this gives us better analytics so that we can think about our story-telling.” The Mic team’s argument, she says, is that it “orients us less towards clickbait and more towards actually worthwhile content.”

One internal tool Mic developed, dubbed “Hash” (an abbreviation for How a Share Happens), tracks all the sharing. Hash was built in-house for a number of reasons, Moretti says. “A lot of third-party analytics services rely on social APIs from the platform, whether it’s Facebook or Twitter or whatever. And there’s a couple of problems with that—one is that the definition of ‘share’ isn’t the same across all platforms, and the second is that sometimes APIs get shut down.”

BuzzFeed, another New York-based media startup now worth an estimated $1.5 billion as a result of investments from NBCUniversal and others, also spends a good chunk of time observing data on user behavior. The company’s publisher, Dao Nguyen, wrote recently about how this affects what BuzzFeed does, and how the things it is measuring have been changing as the media industry evolves.

For BuzzFeed founder Jonah Peretti, the world of content is one where distribution through platforms like Facebook, Twitter, Apple News, Snapchat, and Instagram is far more important than what gets published on a company’s site. Only about 25% of what BuzzFeed produces ever appears on its website, according to a recent feature on the company in Fast Company.

Cory Haik says the way Mic approaches its content is similar but not quite as distributed-only as BuzzFeed is. “They are much closer to the distributed reality that exists, and they are trying to solve the same problem, which is that measurement is broken,” says Haik. “But we look at things a little differently. What matters is whether our audience actually thought that was a meaningful piece of content. If you’re just optimizing for shareability then you’re probably just writing one specific type of story.”

Mic wants to build a brand as a site that offers serious content for millennials, written by millennials, Haik says. While Mic wants to see its reach expand through platforms like Facebook (it publishes 100% of its articles through Facebook’s Instant Articles feature), it also wants to bring people back to its site.

“It’s not a zero-sum game,” Haik remarks. “We want to be everywhere our audience is, so native environments are important and building natively on those platforms is important—but building a relationship with our audience through what we do on our own site is also important.”