Slack Speaks Up About Voice Calls 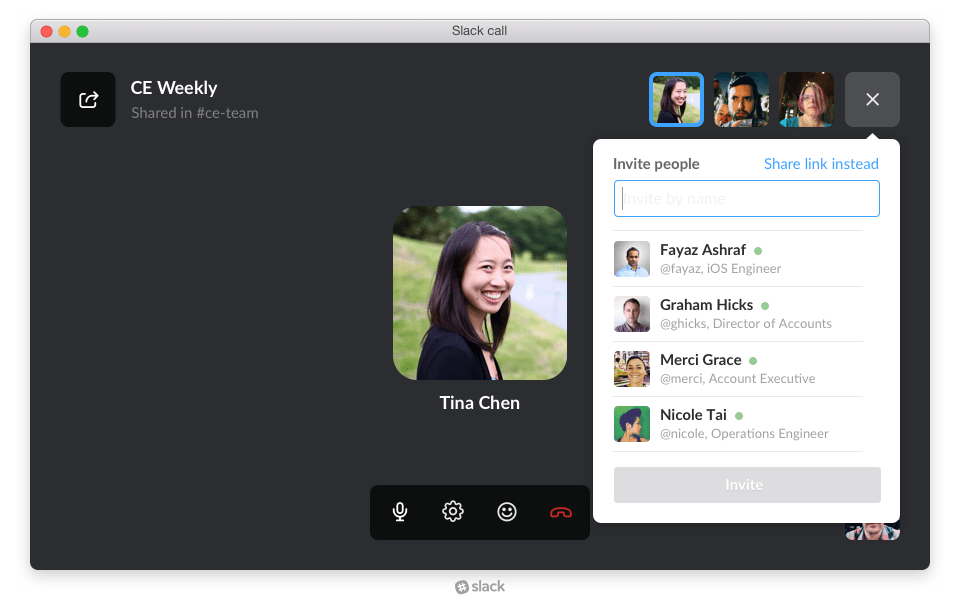 Need to have a quick chat—as in voice to voice—with a colleague? Now, can make that connection via the Slack messaging service.

The startup is testing a new calling option that will let users “call” members of their team. Right now, the feature is limited to Slack’s desktop and Chrome software. It won’t show up in its mobile apps.

“Voice calls are a valuable form of team communication, and so a natural fit for Slack, and why we’re already seeing great usage of third-party apps that offer calling options,” said April Underwood, vice president of product at Slack. You can expect the feature in the mobile apps soon, she hinted. Technically speaking, this is a big beta launch.

Slack’s platform already works with voice-calling services from the likes of Microsoft (Skype), Google (Hangouts), Zoom, and Blue Jeans Network. Customers of those services can already use them to initiate conversations with team members.

The new feature isn’t meant to replace those services, Underwood said, but to give Slack users a simple option for quick voice chats. “Platform thinking is in our DNA, and we’re actively exploring ways to integrate third-party services, like calls, more deeply into our product,” she said.

Slack is encouraging a wide variety of software companies to connect their applications to the Slack messaging platform. The startup has amassed more than 2.3 million monthly active users since its official launch in February 2014. So far, the company has raised more than $320 million. Its latest valuation—nearly a year ago—was close to $3 billion.