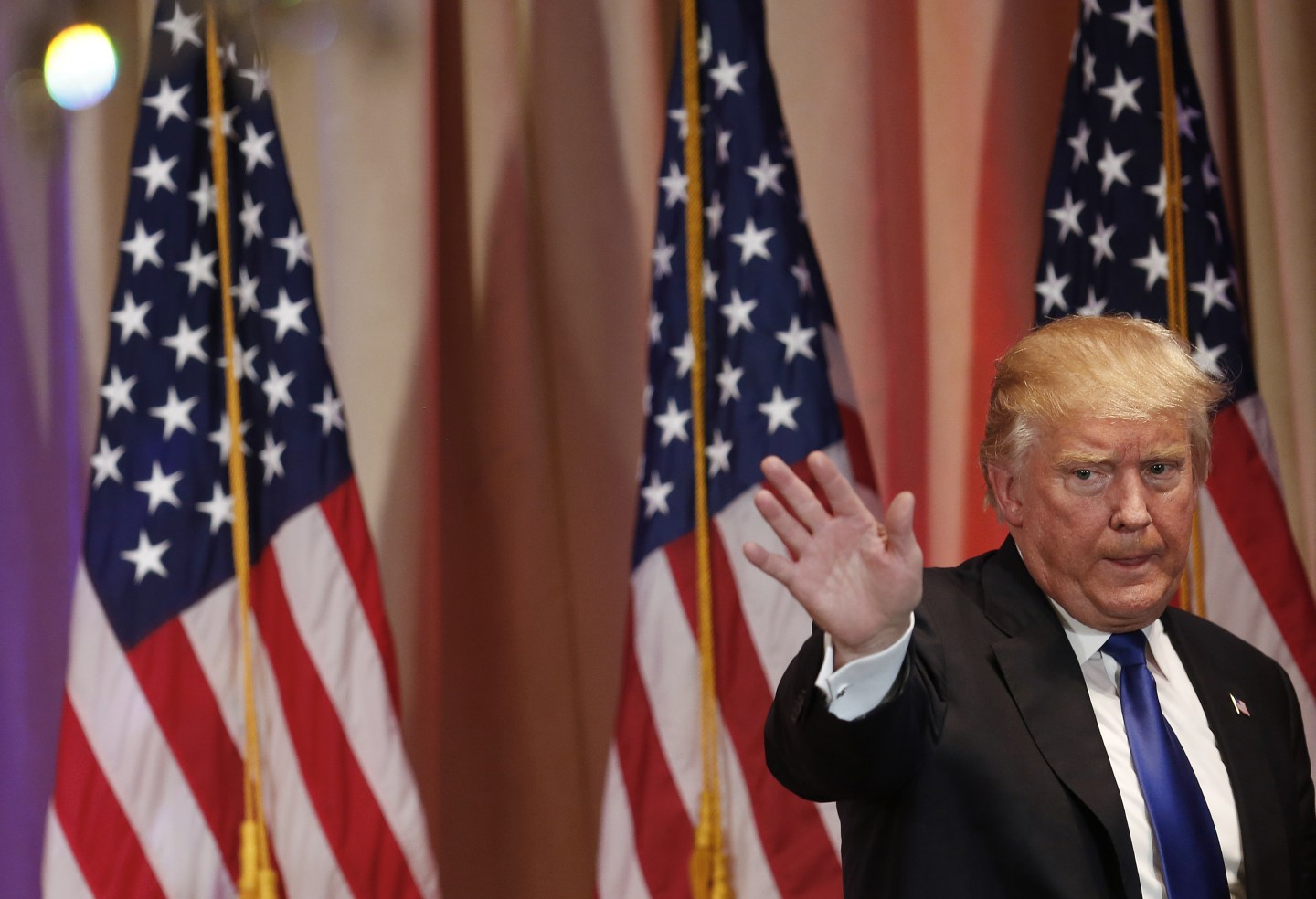 In the wake of Mitt Romney’s 2012 presidential election defeat, the Republican party put together a bold report—many called it an autopsy—detailing the ways the party needed to retool to attract more supporters and start winning elections.

It was the year of Todd Akin’s “legitimate rape” comment and Mitt Romney’s 47% gaffe, and the Republican brand was polling at fresh lows. Republican candidates in 2016 would have to present a “more welcoming conservatism” and stop “driving around in circles on an ideological cul-de-sac” to grow the party, the Republican National Committee’s “Growth and Opportunity Project” report concluded.

But fast-forward to 2016, and the Republican electorate and their seeming candidate of choice, Donald Trump, could not have rejected the party’s suggestions more roundly. And, so far, Trump’s affinity for driving ideological doughnuts around the Grand Old Party’s traditional lines seems to be achieving the kind of turnout and enthusiasm that the party has been missing for so long.

Until Trump’s ascendance became undeniable near the close of 2015, Republican candidates were embracing the report’s recommendations of campaigning toward minority groups, empathizing with low-income voters and avoiding the sort of social policy topics like gay marriage and abortion that so quickly alienate young voters. In May, RNC Chairman Reince Preibus bragged that the 2016 slate of primary candidates would be the “most diverse presidential primary field in history,” with Carly Fiorina, Marco Rubio, Ben Carson, and Ted Cruz. And take Jeb Bush’s “right to rise” platform, which placed the blame for poverty on bad Democratic policies rather than the poor themselves—a stark contrast to Romney’s infamous quote that the poor “believe that they are victims.”

Trump, with his calls to deport Muslims and erect a “big, beautiful” wall on the Southern border, is far from this RNC-endorsed brand of compassionate conservatism. His comments in June that Mexico was “sending” rapists and criminals to the United States kicked off a public war with Univision, the country’s largest Spanish-language television network. Contrast that tactic to the RNC report:

If Hispanic Americans hear that the GOP doesn’t want them in the United States, they won’t pay attention to our next sentence. It doesn’t matter what we say about education, jobs or the economy; if Hispanics think that we do not want them here, they will close their ears to our policies. In essence, Hispanic voters tell us our Party’s position on immigration has become a litmus test, measuring whether we are meeting them with a welcome mat or a closed door.

But, to the dismay of the Republican establishment, Trump’s brand of divisive, racially charged conservatism seems to be exactly what Republican primary voters want to hear. (Contrary to what Trump says, it doesn’t seem to be what most Latino voters want to hear, but most of them are Democrats anyway.) In the reality TV show star’s Super Tuesday press conference, he claimed credit—with some justification—for the record turnout across several states. “Our party is expanding and all you have to do is take a look at the primary states where I’ve won,” he said. “That hasn’t happened to the Republican Party in many, many decades. So I think we’re going to be more inclusive, more unified, and a much bigger party. And I think we’re going to win in November.”

Of course, Trump’s odds in November are an entirely different matter. (The latest CNN/ORC poll shows Sanders and Clinton beating Trump in a head-to-head general election.) But the real estate mogul’s ability to hijack the Republican Party’s vision for 2016 underlines just how flimsy and uninformed such ideas were in the first place.

“The party can’t enforce anything,” says Stuart Stevens, who was a top advisor to the Romney campaign. “Shockingly, 40 to 50 million people who consider themselves Republicans disagree, so there’s nothing they can do.”

The Growth and Opportunity Project’s authors might have said it best themselves back in 2013: “No one has a monopoly on knowing who is the best candidate; the electorate ultimately makes the decision.”