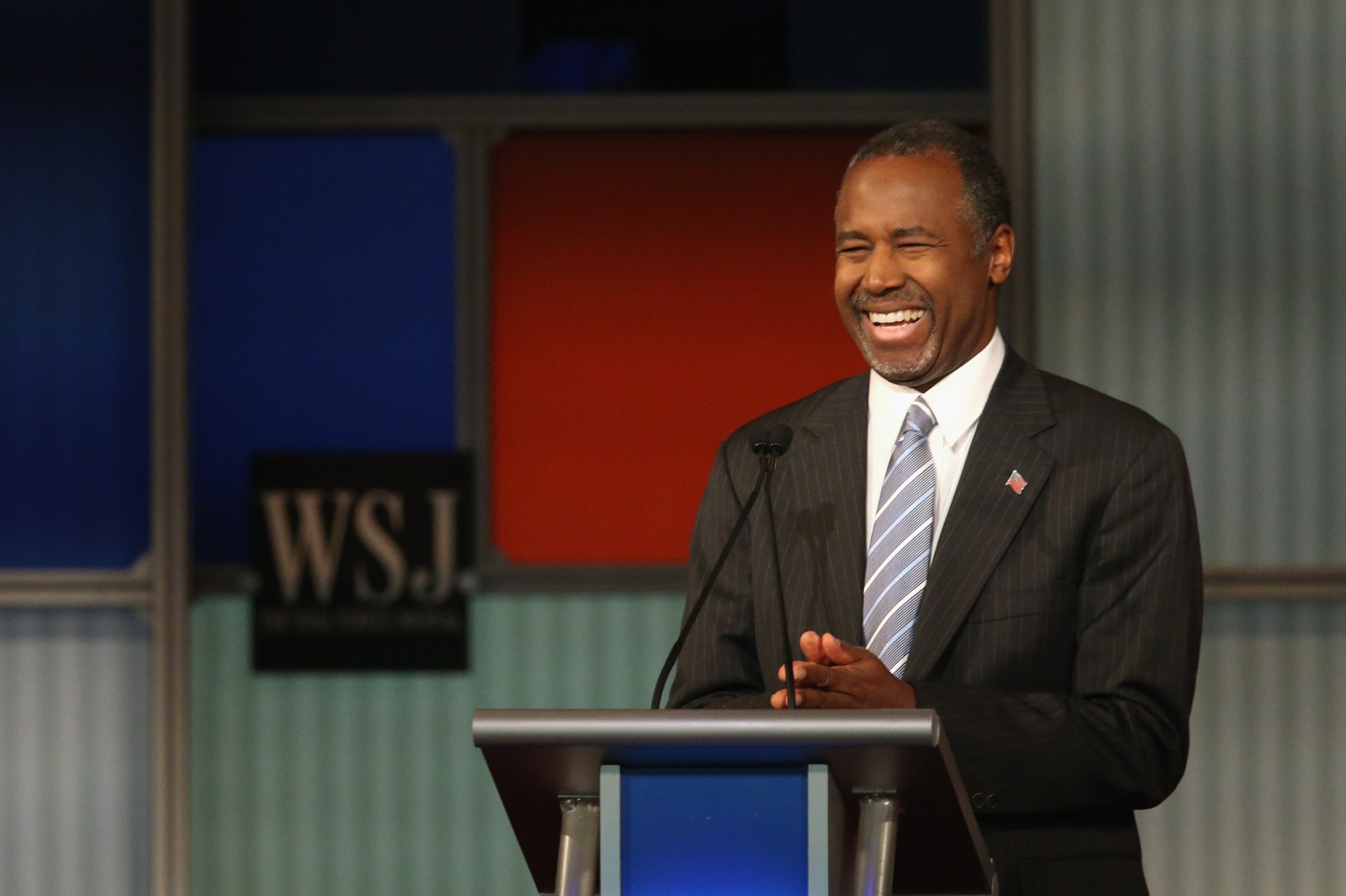 MILWAUKEE, WI - NOVEMBER 10: Presidential candidate Ben Carson smiles during the Republican Presidential Debate sponsored by Fox Business and the Wall Street Journal at the Milwaukee Theatre November 10, 2015 in Milwaukee, Wisconsin. The fourth Republican debate is held in two parts, one main debate for the top eight candidates, and another for four other candidates lower in the current polls. (Photo by Scott Olson/Getty Images)
Photograph by Scott Olson via Getty Images

Ben Carson will not be attending the Fox News Republican Debate Thursday night. In a statement to supporters, the Republican presidential candidate said he doesn’t see a “political path forward in light of last evening’s Super Tuesday Primary Results.” But, thus far, he doesn’t seem to have officially suspended his campaign for President.

Carson has yet to win a state and was mostly a non-factor in last night’s primaries. He’s also been mostly ignored in the past several debates—he got so few questions during the final debate before Super Tuesday that he asked, “Can somebody attack me, please?” as a way to try to get himself some time to talk.

Carson surged to the top of some polls last Fall, but he quickly lost his support. His base of support was Evangelical Christians, a group that’s mostly gone to his rivals Donald Trump and Ted Cruz.

Earlier reports on Wednesday said that the Republican Party could look to get Carson to run for Senate in Florida, where Marco Rubio is not seeking reelection. Carson said he’d address his future in his speech at the Conservative Political Action Conference on Friday.