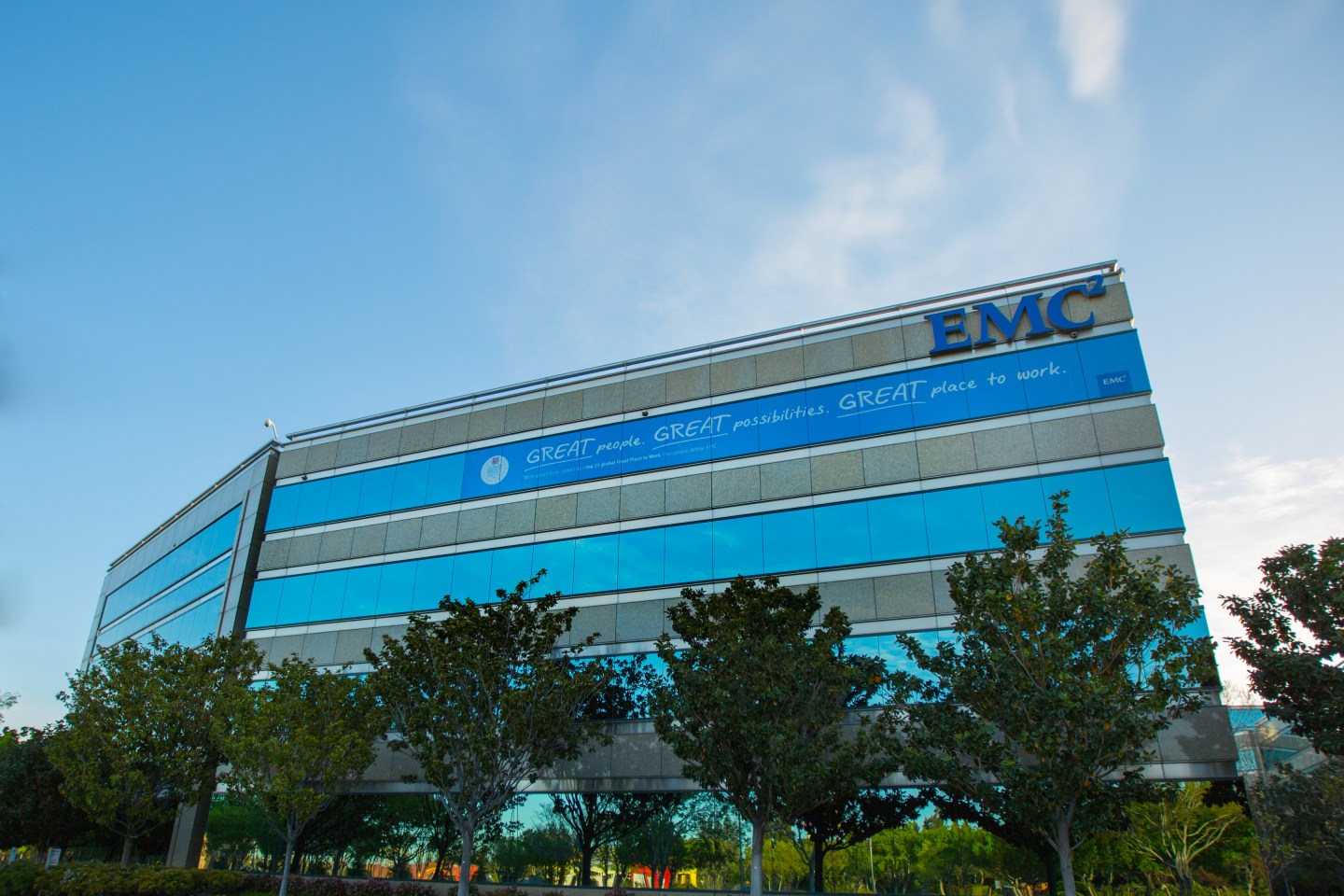 Given all the hoopla around Dell’s proposed $67 billion buyout of EMC, it may come as a shock that EMC, based in Hopkinton, Mass., is still churning out new storage offerings. But storage is, after all, the business that built EMC.

This week, EMC (EMC) is making the new DSSD D5 flash storage box available as a unit that plugs directly into a data center’s server racks, providing flash storage to servers running Hadoop or other analytics. These jobs need a fast lane between where the data is stored and where that data is processed.

Flash, or solid-state, storage, differs from traditional disk drives in speed. Remember the difference between booting up a MacBook Pro and a PC with a hard disk? That same fast reaction time pays off big in a data center context. But, as with PCs, there’s a price premium associated with that speed, although that differential is starting to narrow, according to EMC and every other flash vendor in the universe.

Startups like Pure Storage (PSTG) clamored aboard the flash bandwagon in 2009, trying to upend EMC, the storage market leader which was admittedly late to the party.

But, starting with its 2012 acquisition of XtremIO, EMC started to make up for lost time. It launched its first flash products a year later, and within two more years claimed $1 billion in aggregate sales, making XtremIO the company’s fastest-growing business ever.

In 2014, EMC bought DSSD, a then-mysterious startup backed by Sun Microsystems’ co-founder Andy Bechtolscheim. That company’s goal was to bring lightning fast storage to a certain class of applications. The DSSD D5 is the first product based on that worldview.

“This is not a storage array. It’s a device that connects directly to the server rack, without a switch,” Jeremy Burton, president of products and marketing for EMC. “That flash storage can be shared by the 48 servers in a given rack and it’s all about speed.”

Big data analytics workloads—because of the amount of data to be parsed—need fast access to storage.

The storage unit ties into to the servers via a direct (and fast) PCIe connection. EMC claims that this box can cut latency (or wait times) to as little as 100 microseconds and achieve IOPS (input/output per second) of 10 million.

In a research report, IDC analyst Eric Burgener said the idea behind D5 was to focus on building storage that not only takes advantage of the latest-and-greatest in flash storage aka solid-state memory, but also provides super-fast connections to servers as well. Up till now, most all-flash arrays (AFAs) use existing (and slower) connections.

DSSD’s vision acknowledged the fact that the industry was adequately solving the capacity problem but would never deliver the performance required at that scale to deal with ever- increasing data sets using traditional I/O protocols. Server-based designs are starting to address some of the performance concerns but cannot easily accommodate large capacities and leave many of the key benefits of network storage — efficient resource allocation, data sharing, and enterprise-class data services — out of the equation.

The D5, he noted, delivers “performance and scale well beyond the capabilities of contemporary all flash arrays” in a compact form factor.

On Tuesday, EMC also announced a new all-flash version of its traditional VMAX storage array for use by very big companies, filling in another check box on its product roster.

EMC is doing a good job building out its product menu, according to Enterprise Strategy Group senior analyst Mark Peters.
“VMAX of course builds off of its strong enterprise pedigree and is intended to continue as the vendor’s flagship for now; DSSD takes EMC into the uber-scalable-ultra-performance arena,” Peters said via email.

Flash storage is a hotly-contested category where EMC must contend with several younger companies including Pure Storage and Nimble Storage (which last week announced its own all-flash array), as well as with bigger, more traditional rivals like IBM and Hewlett-Packard Enterprise (HPE).