Why China and Nicaragua’s Canal Project Is Floundering 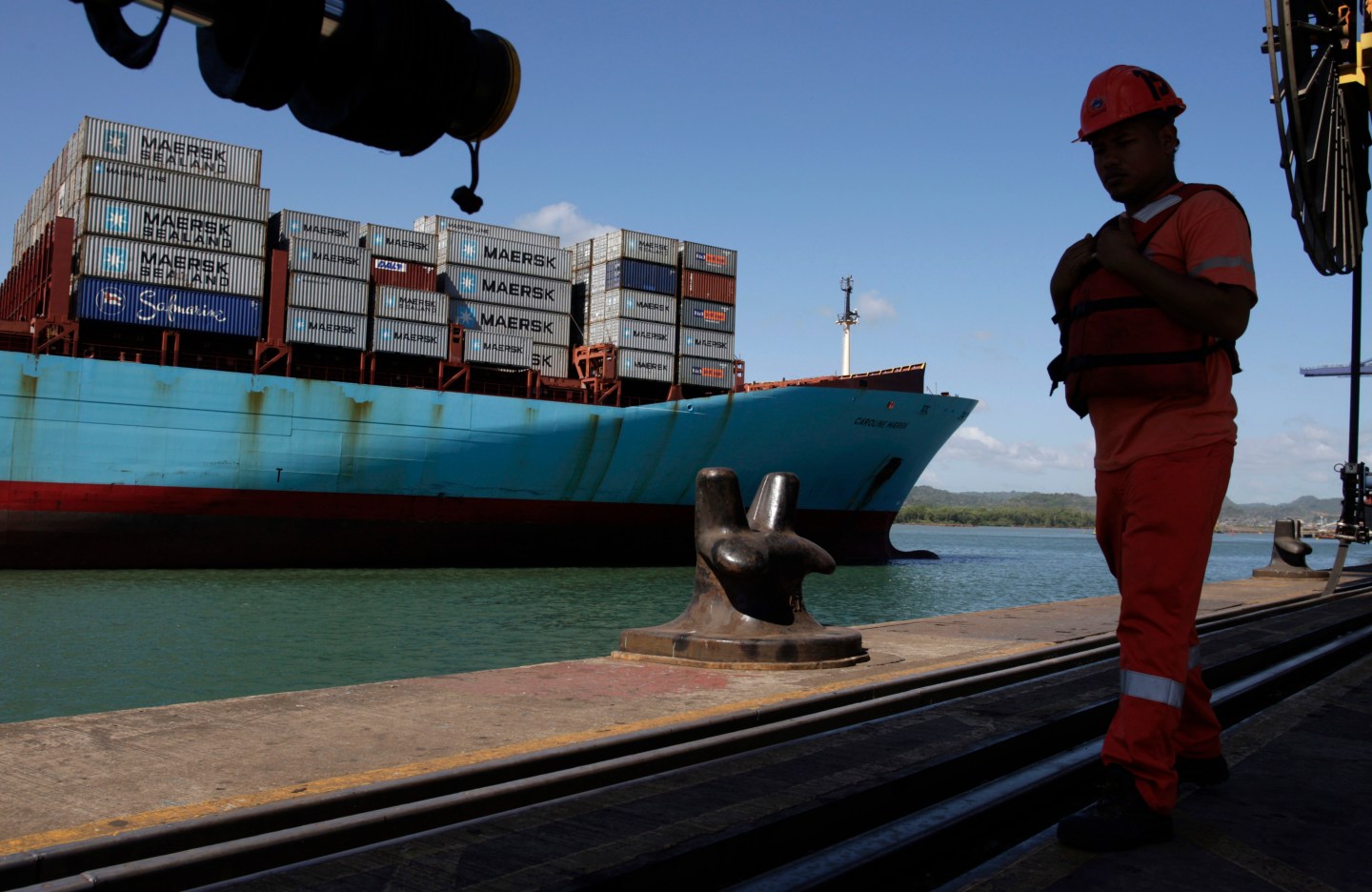 A worker is seen as a Post-Panamax ship passes by the pacific side of the Panama Canal in Panama City January 18, 2013. REUTERS/Carlos Jasso (PANAMA - Tags: TRANSPORT MARITIME) - RTXYMQB
Photograph by Carlos Jasso – Reuters

The expansion of the Panama Canal has overcome labor disputes, legal battles, and technical hurdles, and is now on the verge of completion. Infrastructure projects of such massive scale almost inevitably face big delays and cost overruns—but backers have a way of finding the money and resolve to finish what they’ve started.

That may not apply, though, to a project that aims to build a $50 billion, 172.7-mile canal across Nicaragua—almost four times longer than Panama’s. The passage is intended to compete for inter-ocean traffic by servicing ships too big to pass through even Panama’s expanded canal, and would be one of the largest infrastructure projects in human history.

Nicaragua and its people could certainly benefit from a working canal. Panama’s has driven double-digit growth in recent years, anchoring a transport sector that makes up a quarter of the country’s $42.65 billion GDP as of 2013, and helping push per-capita income above $11,000. Nicaragua, by contrast, is the poorest country in Central America, with GDP of just $11.26 billion in 2013, and per-capita income of just over $1,800.

But the project faces obstacles as big as its ambitions—many of them internal. Chinese billionaire Wang Jing, who heads the Hong Kong Nicaragua Development Group that’s leading the project, has personally funded much of the preliminary work—but in 2015, he lost more than 80% of his fortune in the Chinese stock market rout. Financial problems, along with ongoing environmental and engineering reviews, are causing rolling delays.

The appearance of problems has only been heightened by officials’ unusual communication strategy. As of August of last year, journalists found no evidence of actual construction, while the Nicaraguan government insisted ground was being broken. Organizers have remained insistent on a five-year timeline for the canal’s completion, even though the shorter Panama Canal took more than a decade to build.

For more on China and the world, watch our video.

It’s also uncertain how, or if, the canal would actually work once completed. Captain Andrew Kinsey, a longtime merchant sailor with Maersk who is now a maritime risk consultant with Allianz, points out that it currently takes a “long day” for a ship to make the 48 mile trip along the Panama Canal. The currently-proposed 172.7 mile route of the Nicaragua Canal would require that ships either lay up at night, or navigate in the dark.

Other problems include likely catastrophic impacts on the environment, and massive displacement of villages along the route, a prospect that has been vehemently protested by international civil rights groups.

There are also deep questions about the canal’s economic fundamentals. Though hardly disinterested, executives with the Panama Canal Authority have estimated that the actual cost of Nicaragua’s project will likely reach $100 billion, and fees would have to be more than double Panama’s. The two canals are geographically close enough that price and safety would be their main distinguishing features.

“I don’t think it’s driven by a viable business plan with regards to ocean freight,” says Kinsey. “The political and economic motivators are driving it.”

Experts on Chinese business practices agree. Usha Haley, a professor of management at Western Virginia University, says the Nicaragua Canal and similar Chinese projects in the developing world are driven not by practical calculus, but by “a desire for influence, power, and money.”

Haley spent nearly a decade researching the complex and opaque system of subsidies that have helped Chinese businesses flourish. That has included, she says, many highly-touted international development projects, from telecom to tourism, and whose actual completion seemed like an afterthought. Instead, Haley says, their primary purpose has been transferring Chinese government loans to local officials, and bolstering China’s international influence and profile.

Even after years of digging, Haley says evidence for corruption lies mainly in the plethora of failed projects, because of a near-total lack of financial transparency.

“When you’re talking about money flows in China,” says Haley, “You’re dealing with the unknown.”