Subway Wants You to Eat Fresher (And Cleaner) 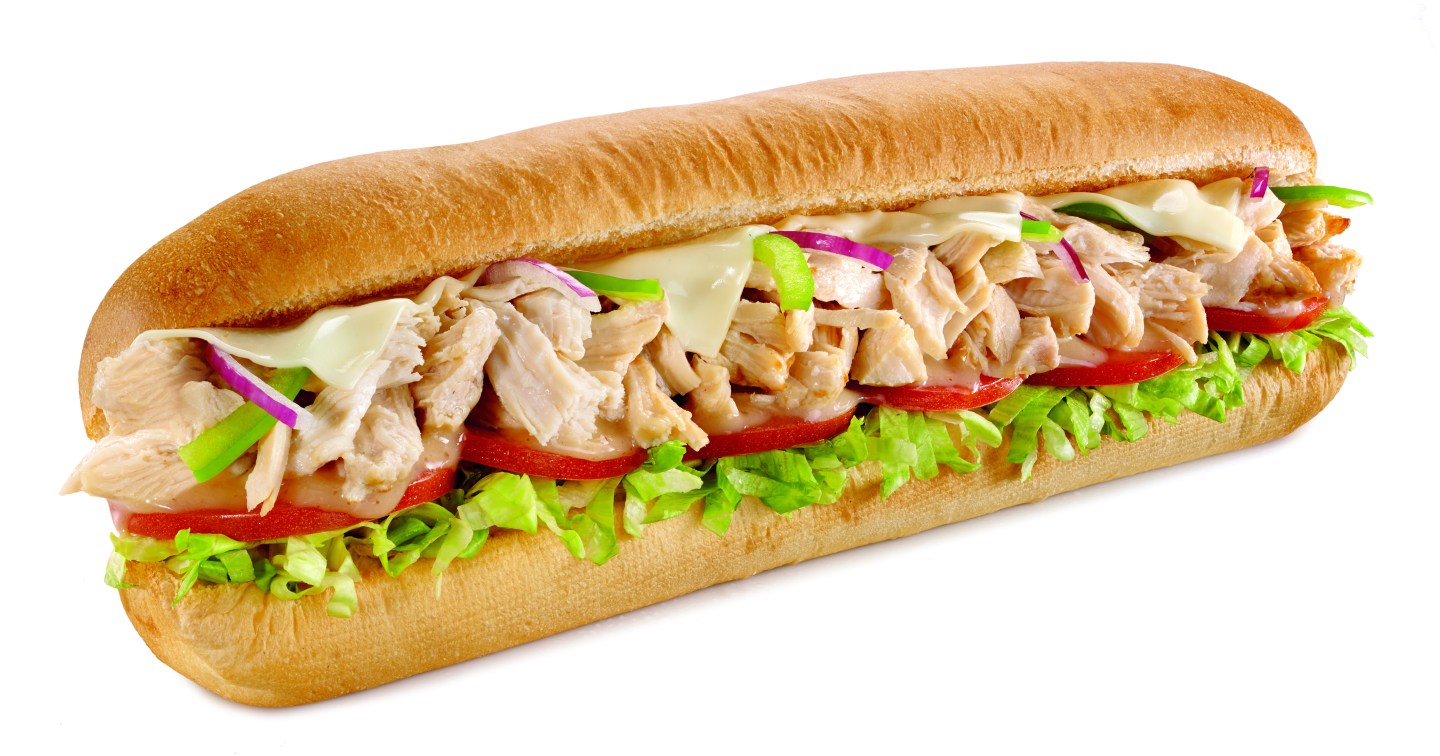 Subway, the world’s biggest fast-food restauranteur, will next month add a new chicken sandwich to its menu, one that will feature antibiotic-free meat for the first time in the chain’s history.

The new sandwich, which Subway showcased at a media event in Manhattan this week, will debut on March 1 at U.S. restaurants. Subway says the new rotisserie-style chicken sandwich also features no artificial colors, flavors, or preservatives.

The menu addition is part of a broader plan by Subway to transition to only serving chicken raised without antibiotics, with a promise to make the transition for all chicken it serves in the U.S. by the end of 2016. It will also transition to turkey raised without antibiotics over the next two to three years, while the pork and beef phase will be completed in 2025. The longer delay for those meats is because it takes longer for those animals to mature, and thus the change takes more time for suppliers to implement.

“We are looking at all our menu items and ingredients and looking at how we can make those ingredient lists cleaner so customers can understand what’s in their food,” Lanette Kovachi, Subway’s global dietitian, told members of the media at a Subway store in New York City. She added that by the end of this year, Subway will have removed all artificial colors and flavors across the entire menu.

Quick-service restaurant (QSR) concepts like Subway have made public strides to source ingredients that consumers have deemed healthier or come from more humane practices. Subway, like McDonald’s (MCD), Dunkin Brands (DNKN) and several others, has vowed to switch to cage-free eggs. In Subway’s case, that change is set to be completed by 2025.

Subway, which opened its first store in 1965, says it has been on this journey for many years. It points to past initiatives to fortify bread with calcium and vitamin D; reduce sodium; and provide clearer details about the nutritional information for items on Subway’s menus.

The restaurant chain, along with many of the industry’s largest brands, including McDonald’s and Burger King (BKW), have faced challenging sales trends as consumers have shifted their spending patterns. Fast-casual concepts with more focused menus are winning business away from the QSR concept. Consumers are also increasingly visiting convenience stores and supermarkets, which are offering more freshly made grab-and-go menu items.

So Subway, like many of its competitors, is responding to a consumer-driven trend. And it are leaning on its suppliers to change their manufacturing process so Subway can offer antibiotic-free meats and other healthier fare. Will the fresher and cleaner image Subway espouses boost sales? Only time will tell.

“Today’s consumer is ever more mindful of what they are eating, and we’ve been making changes to address what they are looking for,” Dennis Clabby, executive vice president of Subway’s Independent Purchasing Cooperative (IPC), said in a statement last year.