Oprah’s Stake In Weight Watchers Is Still a Winner 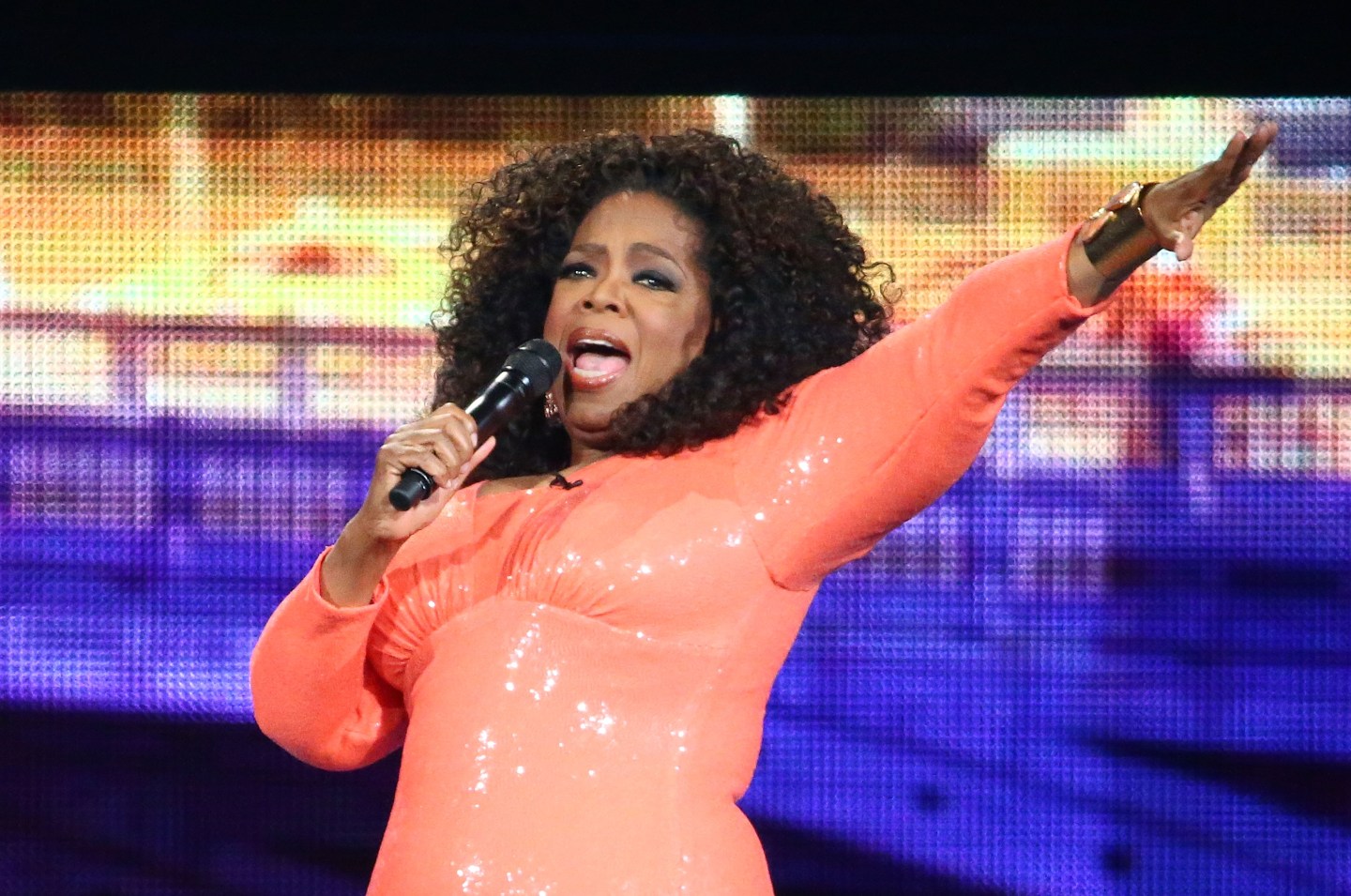 Oprah Winfrey may have lost $42.7 million when Weight Watchers’ stock tanked Friday, but the TV show host’s investment is still knee-deep in the green.

Since Winfrey signed on last October as a brand representative for the next five years, she’s made $43.2 million on paper from her 10% stake in the company, even after the recent drop, essentially doubling her money since last October.

Weight Watchers (WTW) stock tanked 28% Friday following a dismal fourth-quarter report the day before that revealed a 21% decrease in year-over-year revenue. The stock closed at $15.55 Thursday and traded at $11.23 as of 3:17 p.m. Friday.

Winfrey spent roughly $43 million on Oct. 18 to buy 6.4 million common shares at $6.79. Her stake also came with 3.5 million options, or 5% of the company, exercisable at $6.97. Those options have been included in the calculation.

Not including options, Winfrey’s investment lost $27.7 million in value overnight, but, again, even after that drop, the shares have gained $28.3 million since she purchased the stock in October.

The question now is whether “Oprah power,” combined with companywide operational changes, can keep Weight Watchers’ shares afloat. After all, Winfrey has more than just her reputation staked on her investment.

According to Weight Watchers’ 8-K filing, Winfrey is contractually obligated to sit tight on those shares for at least two years, with very few exceptions. Even following the two-year period, she is only allowed to sell a limited portion of her stake in each succeeding year.

When Winfrey, whose net worth has been valued at $3 billion by Forbes, revealed her interest in the flailing dieting company last October, shares more than doubled in value. Just one tweet from Winfrey in January promoting Weight Watchers drove shares up by more than 20%.