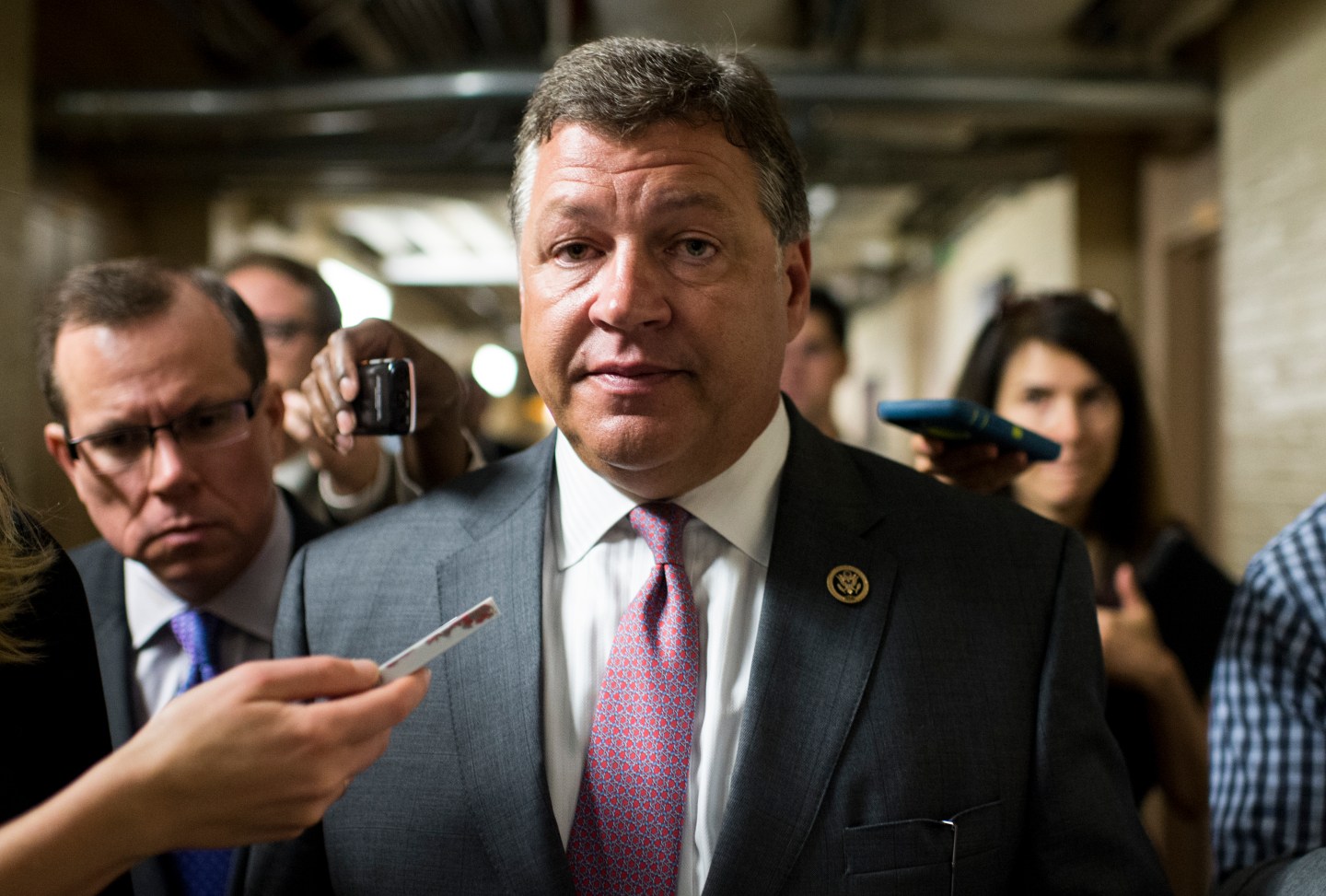 A House Federal Aviation Administration reauthorization bill that would have created an independent entity to oversee the nation’s air traffic control system is dead, according to a Politico report this morning, despite support from most major airlines and the air traffic controller’s union. The obstacle is the Senate Commerce Committee, whose version of the bill includes no spinoff plans.

Worse, while the bill was under consideration, Shuster was spotted in Miami socializing with the head of Airlines for America, a lobbying group that supported his version of the bill. A prior challenger for Shuster’s seat, Art Halvorson, described the situation as “unpardonable corruption, cronyism, and pay-to-play government,” and called on Shuster to resign.

That might be a bit much, but the optics certainly weren’t in Shuster’s favor – especially because he was also joined on the Miami trip by Shelley Rubino, Airlines for America’s Vice President for Global Government Affairs, and since the summer of 2014, Shuster’s girlfriend. Shuster’s relationship with Rubino has been repeatedly described by opponents as a conflict of interest, though Rubino does not personally lobby Shuster’s office.

The bulk of opposition to the bill, however, was based on its contents. The key provision would have made U.S. air traffic control a non-governmental entity, funded and overseen by the airline industry itself. The push for independence was largely motivated by the FAA’s struggles to modernize its systems and its continual budget struggles as part of the government, which have hurt staffing and controller pay. But even conservative members of the House and Senate, particularly those with budgeting roles, opposed the loss of government oversight, which they argued could threaten both the safety and openness of the U.S. aviation system.

For more on airlines and safety, watch our video.

Senator Boxer (D-CA) took most vocal issue with the provisions that would have overridden some states’ rest break requirements for commercial truck drivers. At a Thursday press conference, Boxer described the provisions as “anti-safety [and] anti-worker.” They’ll likely resurface in another form as trucking industry groups, including the American Trucking Association, have long argued that rules should be uniform nationwide.

For now, both House and Senate committees are putting together a three-month funding extension for the FAA. Supporters of independent air traffic control probably see that sort of stopgap as yet more evidence that the government should be out of the picture.