SeaWorld Has Admitted That Employees Posed as Animal Rights Activists 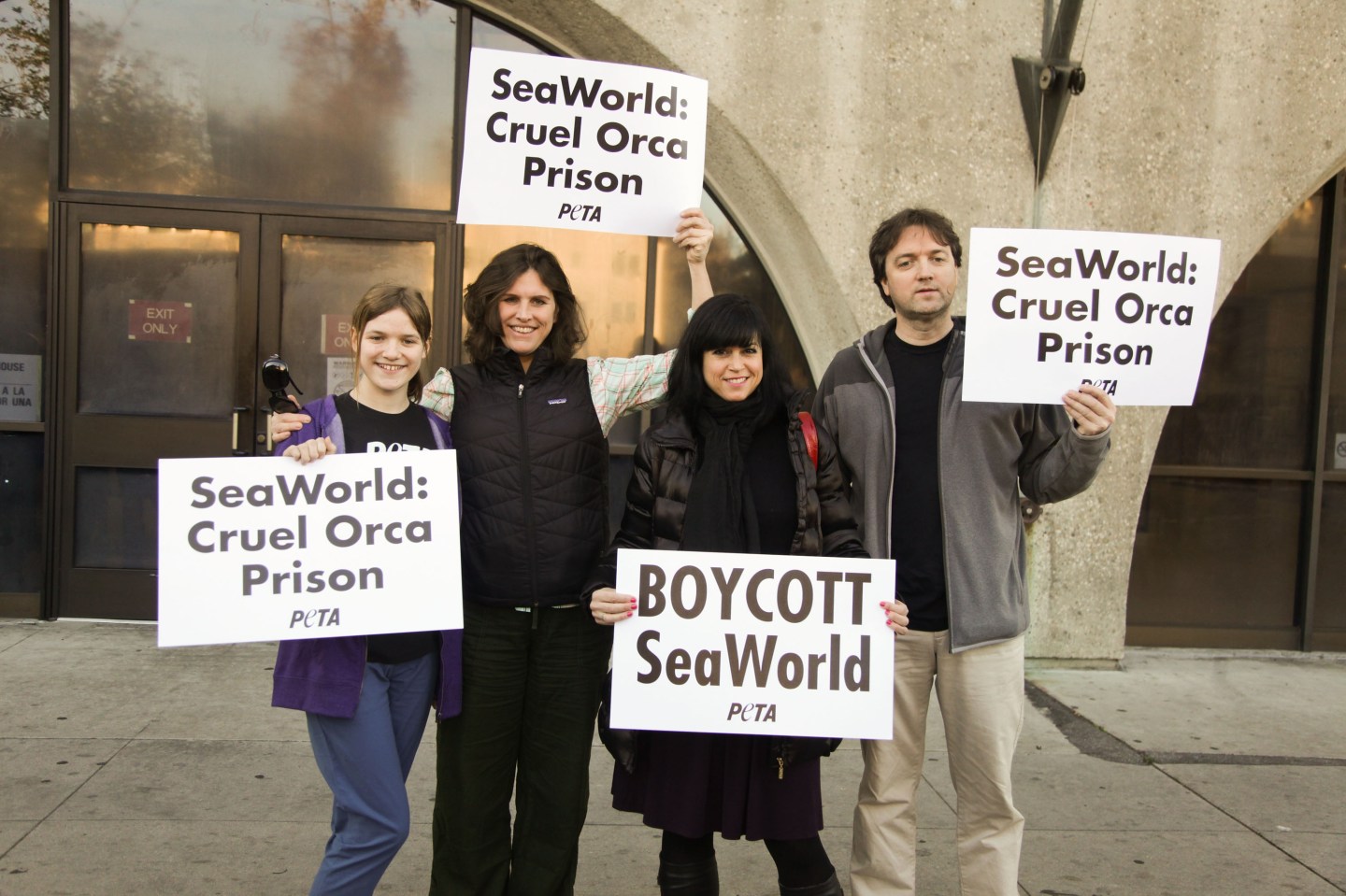 In a conference call with investors about the company’s fourth quarter earnings, SeaWorld Chief Executive Officer Joel Manby said that the company’s board of directors told management that employees could no longer pose as activists, according to the Orlando Sentinel. It’s the first time that SeaWorld has admitted to the practice.

Last year, People for the Ethical Treatment of Animals (Peta) accused a SeaWorld employee of posing as a member of their group for years. At the time, SeaWorld told Bloomberg that the company wouldn’t comment on “our security operations,” adding: “This is a responsibility that we take very seriously, especially as animal rights groups have become increasingly extreme in their rhetoric and tactics.”

During the conference call Thursday, Manby explained the reasoning behind the company’s infiltration of animal rights groups. “This activity was undertaken in connection with efforts to maintain the safety and security of employees, customers and animals in the face of credible threats,” he said.

SeaWorld has found itself increasing at odds with animal rights groups since the release of the documentary “Blackfish” in 2013, which argued that killer whales were abused in the company’s care. While the fourth quarter of 2015 logged slight revenue and attendance improvement from the same quarter the previous year, shares in the company dropped on Thursday after the earning report’s release.

In a statement posted to the company’s website, SeaWorld wrote that Paul McComb, the employee Peta outed last year, would remain an employee of SeaWorld in a different department. While the practice of having employees pose as activists is over, SeaWorld’s board directed the management team to “strengthen” security and risk management policies at the company. “We recognize the need to ensure that all of our security and other activities align with our core values and ethical standards,” Manby said in the statement.